The peace dollar value ranges from $1 to $100,000 depending on the quality of the coin, which year it was minted in, which mint it was manufactured at, and its strike type. 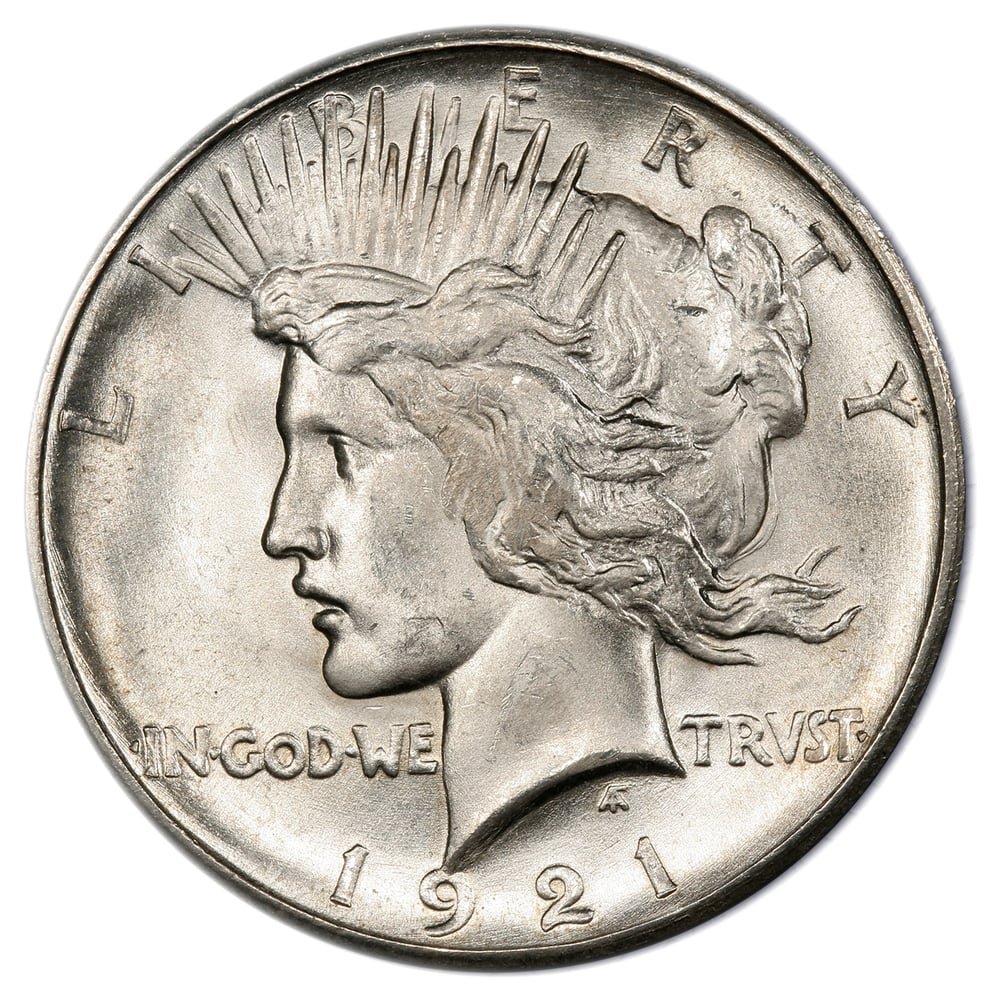 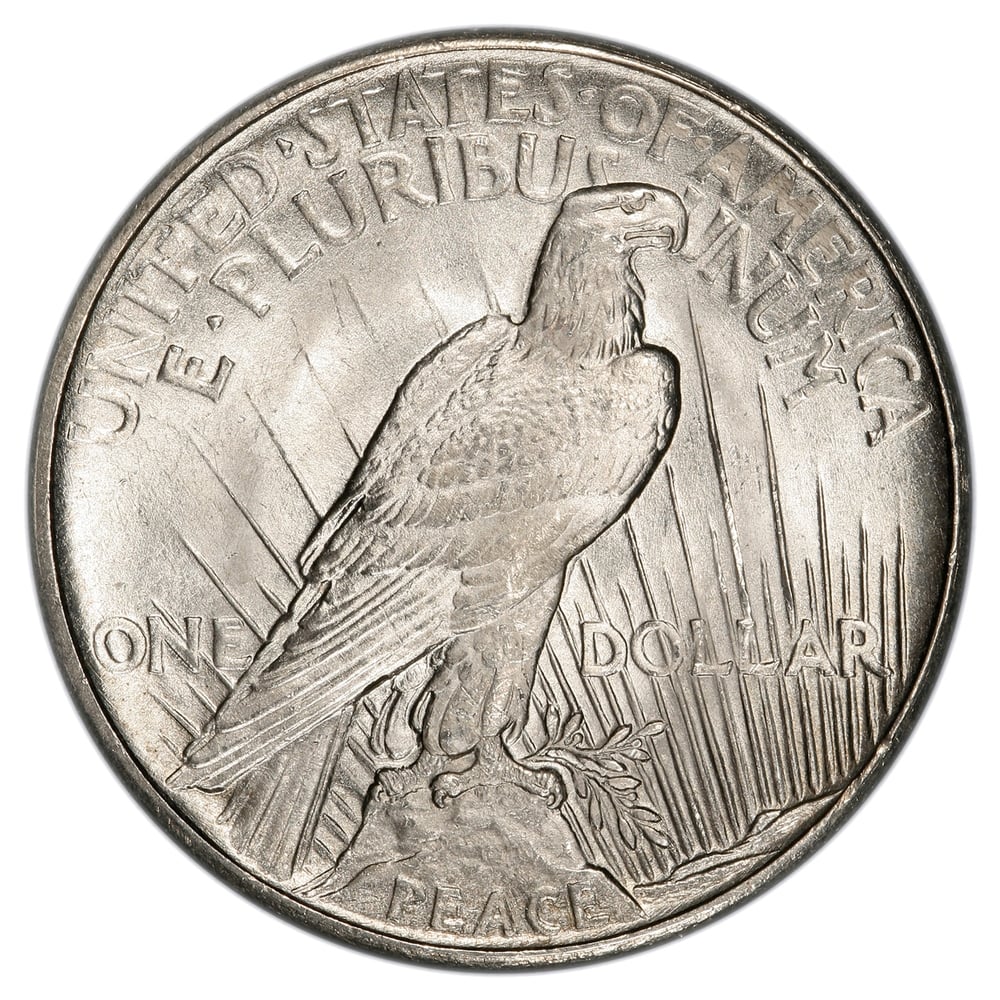 The Bland-Allison Act of 1878 required the treasury to purchase large quantities of silver each month for mining into silver dollars. The subsequent passage of the Pittman Act of 1918, allowing the U.S. to sell large quantities of silver coinage to the British government to offset German efforts to destabilize the British Economy, led to 47% of the existing stock of silver dollars, the Morgan Silver Dollar, being sold and melted down. The provisions of the Bland-Allison Act required that new silver dollars be minted from silver purchased from American mining companies to replace the lost stock.

Following the end of World War I in 1918, calls began for a coin to be created to commemorate the peace, particularly from noted Numatists of the time such as Frank Duffield and Farran Zerbe. The outgoing Chairman of the House Committee on Coinage, Weights, and Measures, Congressman William A. Ashbrook, worked a backroom deal with the incoming chairman, Congressman Albert Henry Vestal, to schedule a hearing in favor of the coins creation. After the hearings and the takeover of the Harding administration, Vestal met with Secretary of Treasury, Andrew W. Mellon, and Mint Director Raymond T. Baker and garnered their support in redesigning the silver dollar, as long as no expense was incurred.

A design competition was held in late 1921 by the U.S. Commission of Fine Arts to redesign the silver dollar, with specific instructions being given to participants regarding required characteristics. On December 13th, 1921, Commission Chairman Charles Moore, Commission Member/former Congressman/Buffalo nickel designer James Earle Frasier, and Mint Director Baker convened to review the submitted designs. After significant discussion, the design of Anthony de Francisci, an Italian immigrant, was selected. Prior to its release, the coin was redesigned to remove a broken sword from the reverse after some controversy arose due to the symbolism involved. Chief Engraver Morgan carefully redesigned the coin based on input of de Francisci, strengthening the rays of sunlight and extending the olive branch to cover the newly empty space.

The first Peace Dollars were minted on December 28th, 1921. The Philadelphia Mint reported striking 1,006,473 pieces in the remaining days of 1921, an amazing feat at the time. The first coin was allegedly sent to President Harding, however it could not be accounted for after his death and its whereabouts remain a mystery. In January 1922, the Mint determined that the high relief of the coin was wearing out dies too quickly, and requested the Commission's assistance in determining how to fix the problems. After several failed attempts, de Francisci was called in to modify his original design to reduce the relief of the coins. The new, low-relief coins began minting in San Francisco on February 13th, while minting began in Denver and Philadelphia on February 21st and February 23rd, respectively.

Production ceased in 1928 due to running to the end of the silver required to be purchased and struck under the Pittman Act. In 1934, further congressional action purchasing large quantities of silver led to the Peace Dollar being put back into production, striking over seven million Peace Dollars in 1934-1935. When it was determined that no commercial demand for the coins existed, production ceased at the end of 1935. The master dies were destroyed in January 1937.

In all, 190,577,279 Peace Dollars were produced between 1921-1935. Many of these coins have survived, and few of the mintages are considered particularly rare. The 1921-P high relief Peace Dollars are incredibly rare - only 32,400 coins were produced with the original high-relief design submitted by de Francisci, and most are believed to have been destroyed. At this time, only one known specimen exists from this run. Additionally, the 1928-P Peace Dollar only produced 360,649 coins, though many were saved which tends to drive down the value. 1934-S Peace Dollars are far more plentiful, however so many of them were circulated that uncirculated specimens can be quite pricey.