The draped bust dime value ranges from $1 to $100,000 depending on the quality of the coin, which year it was minted in, which mint it was manufactured at, and its strike type. 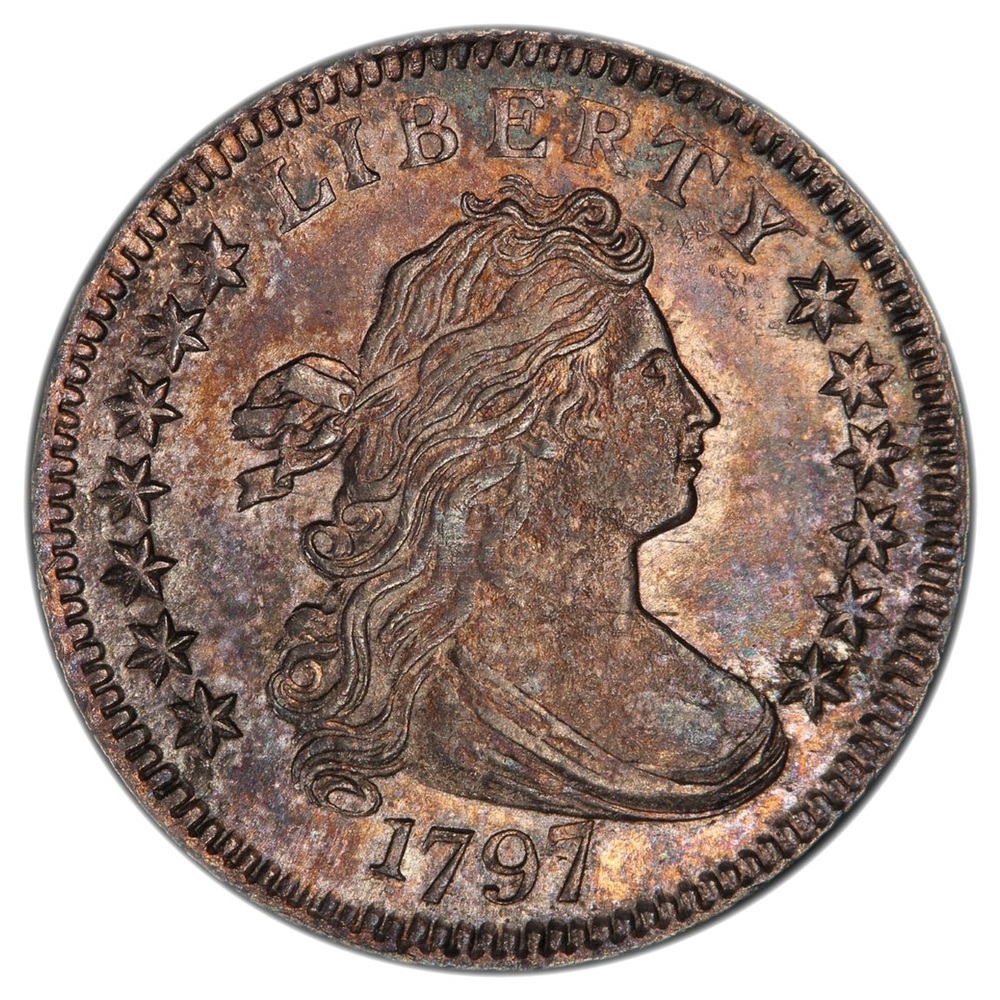 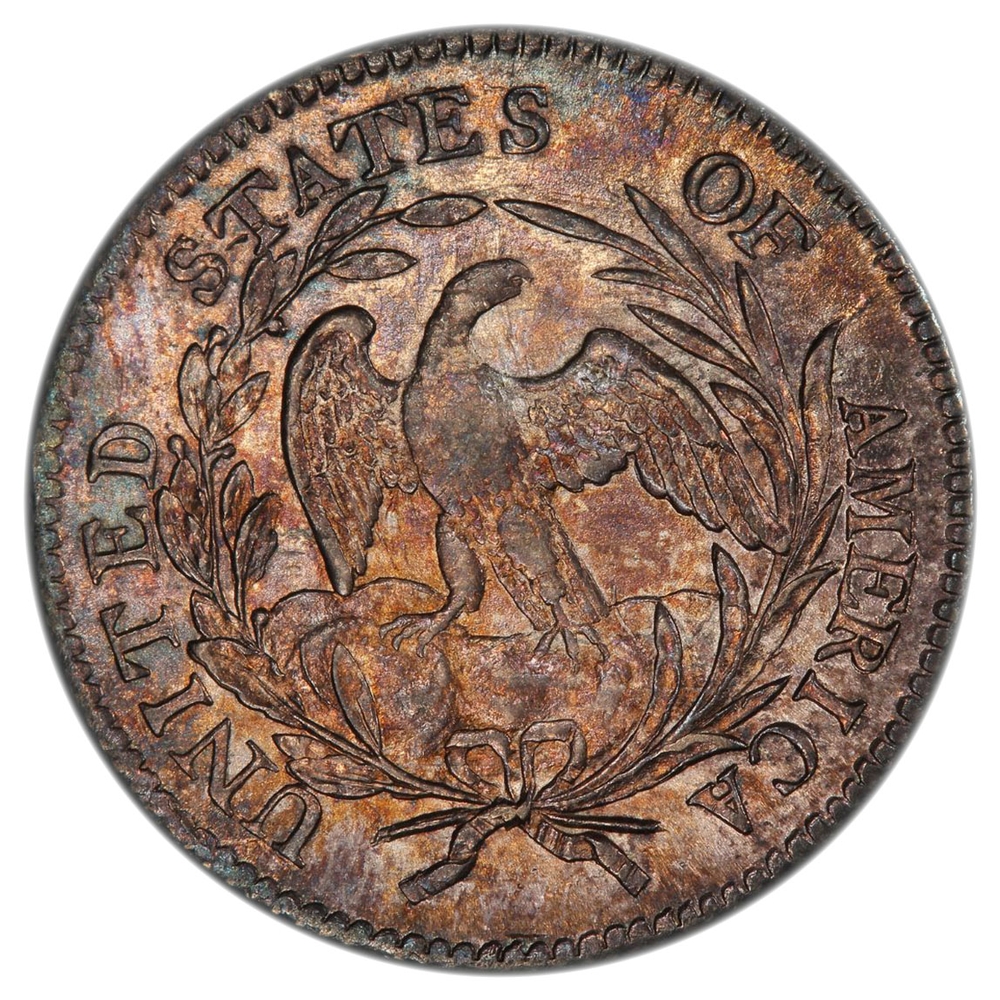 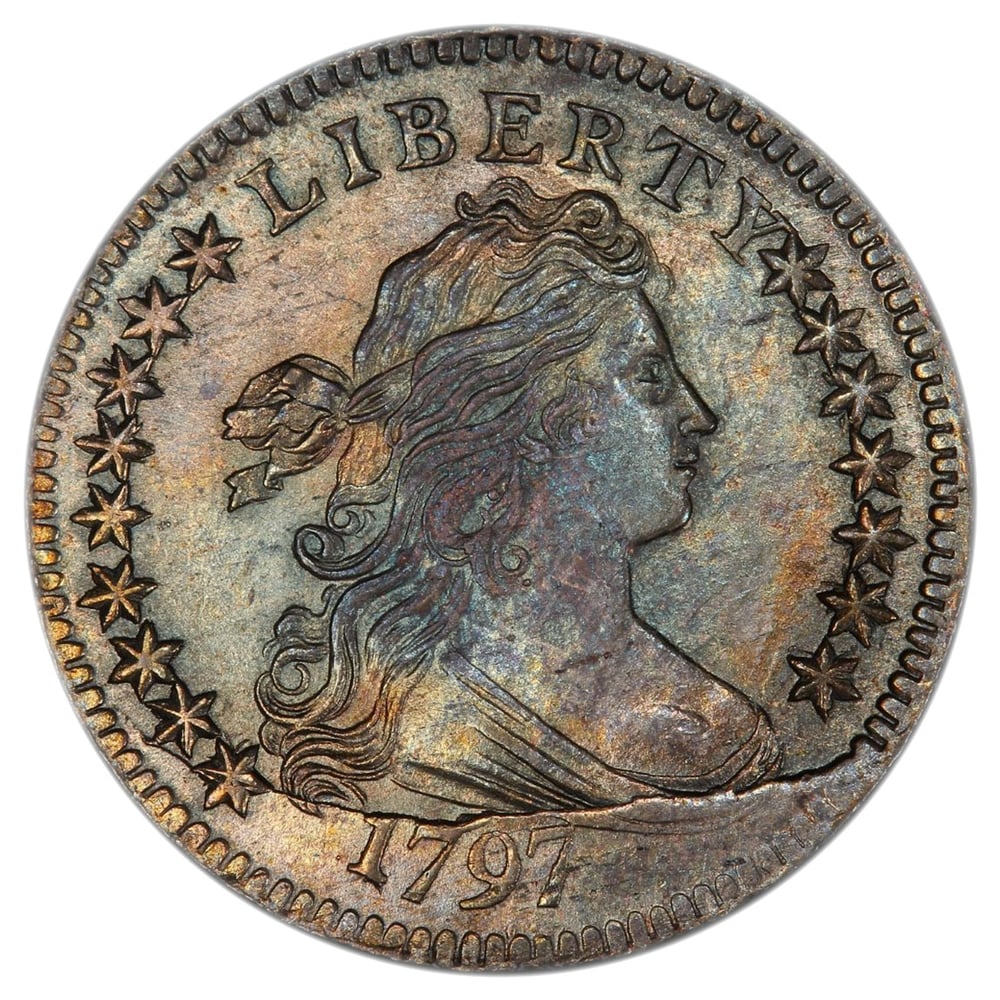 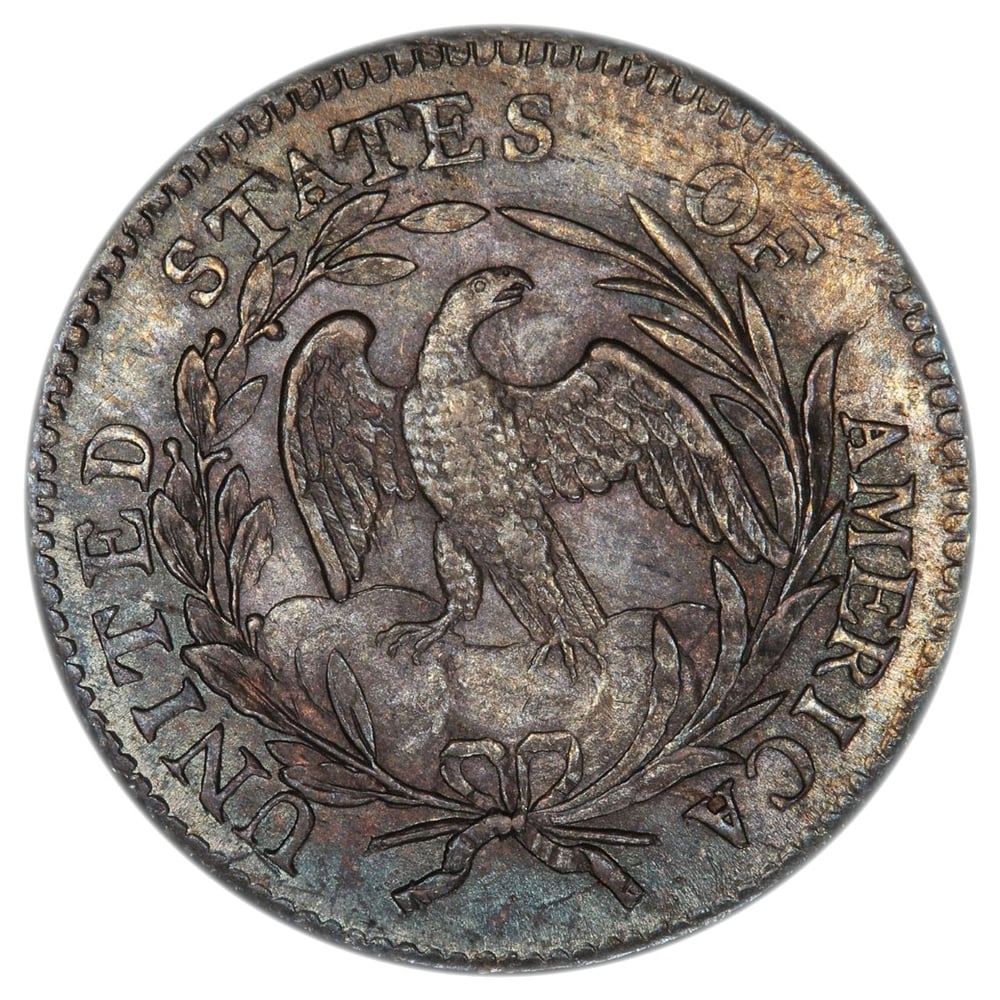 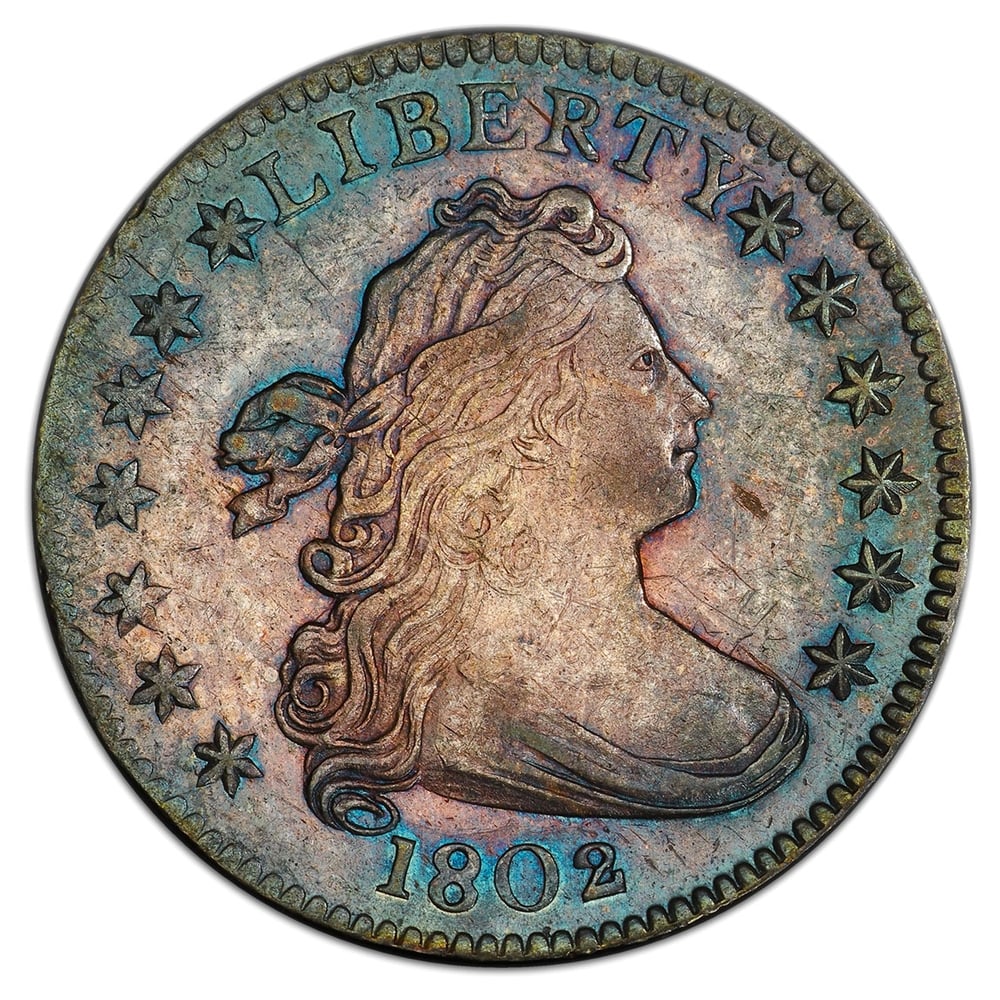 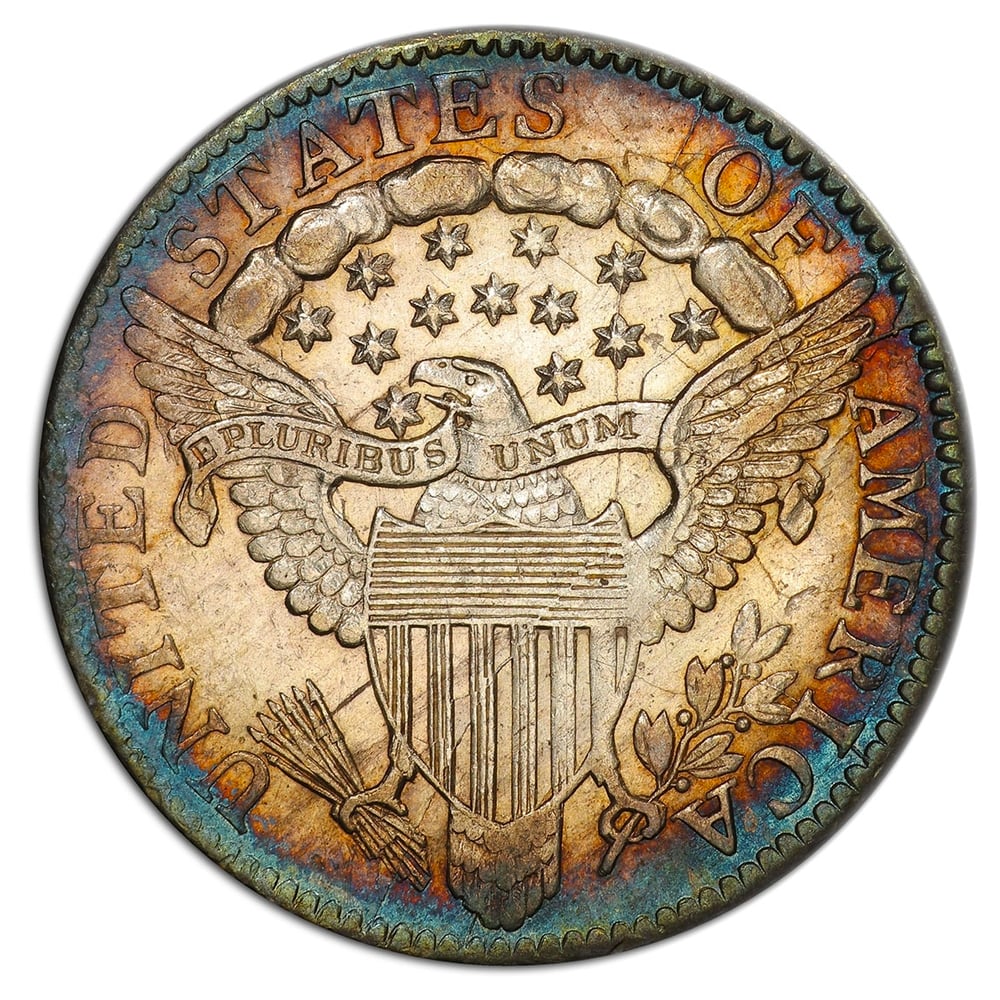 The dime was a denomination with a value of ten cents authorized under the Coinage Act of 1792. Within the early United States, the first dimes would not be struck until 1796, by which time all of the other silver denominations had already been produced.

Some of the early dimes produced at the United States Mint had scant mintages and can be difficult for collectors to find in problem free condition or higher grades. The two original series for the denomination seem to be undervalued in many respects and may reward diligent collectors in the future.

The Draped Bust Dime was issued from 1796 to 1807. The obverse contains a bust of Liberty, which is believed to have been designed by Gilbert Stuart and executed by Robert Scot. Liberty appears with her hair flowing and lightly bound, surrounded by stars.

On the reverse design a small eagle originally appeared within a wreath. This image had been used on the original circulating silver denomination of the United States. The reverse was replaced with a heraldic eagle from 1798 until the conclusion of the series. This eagle had a shield at its chest and held arrows and an olive branch in its talons.

The next series would be the Capped Bust Dime, running from 1809 to 1837. Mintage levels were generally higher, allowing greater availability of these pieces.

The obverse contains a bust of Liberty wearing a cap inscribed Liberty and with an arrangement of stars surrounding. The reverse contained a new rendition of an eagle with a shield at its chest and the olive branch and arrows used as important symbols to the young nation. This design was created by John Reich and modified towards the end of the series when new minting equipment was adopted.