The seated liberty dollar value ranges from $1 to $100,000 depending on the quality of the coin, which year it was minted in, which mint it was manufactured at, and its strike type. 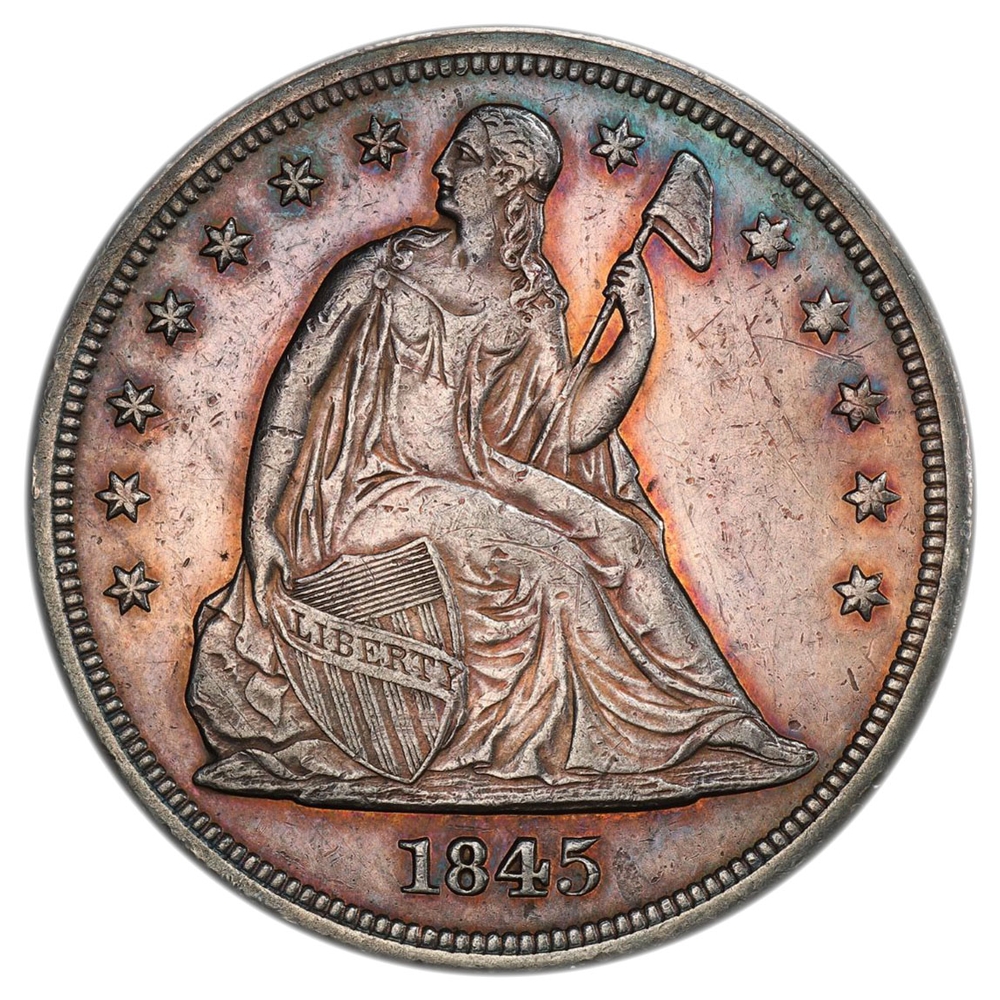 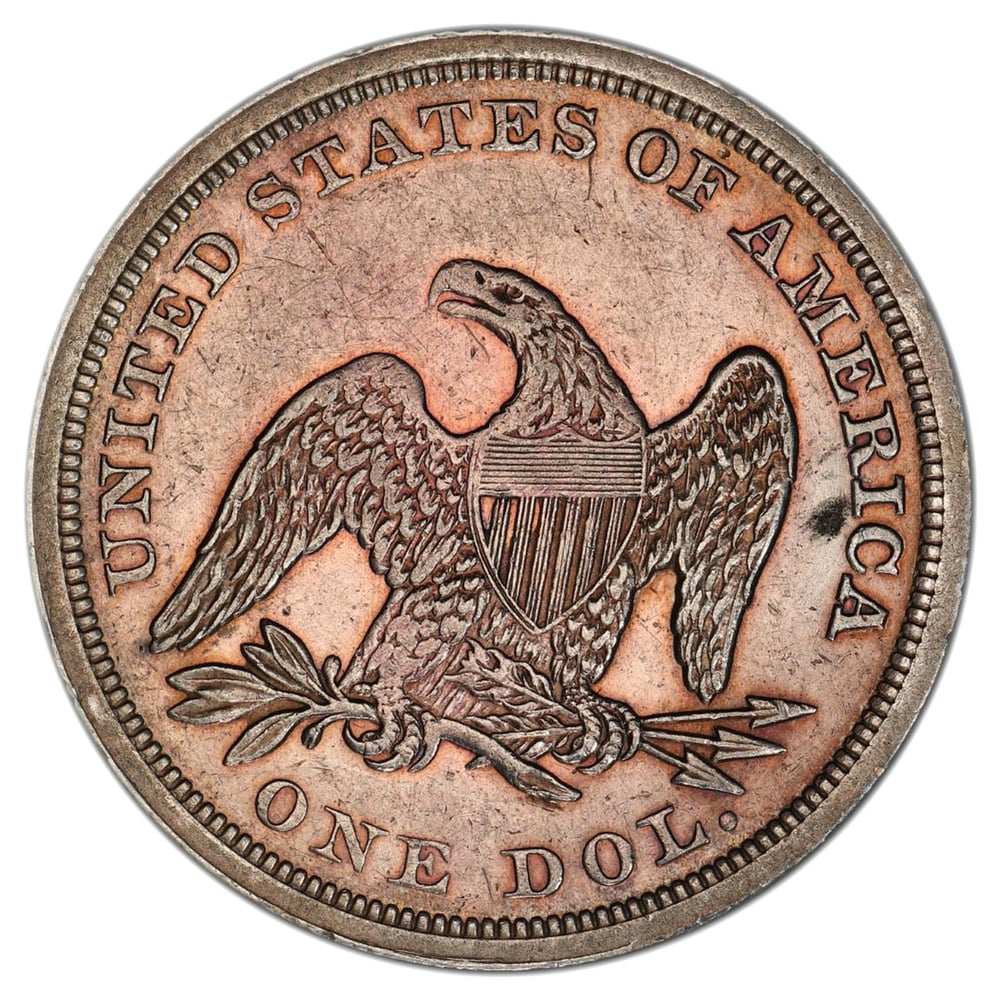 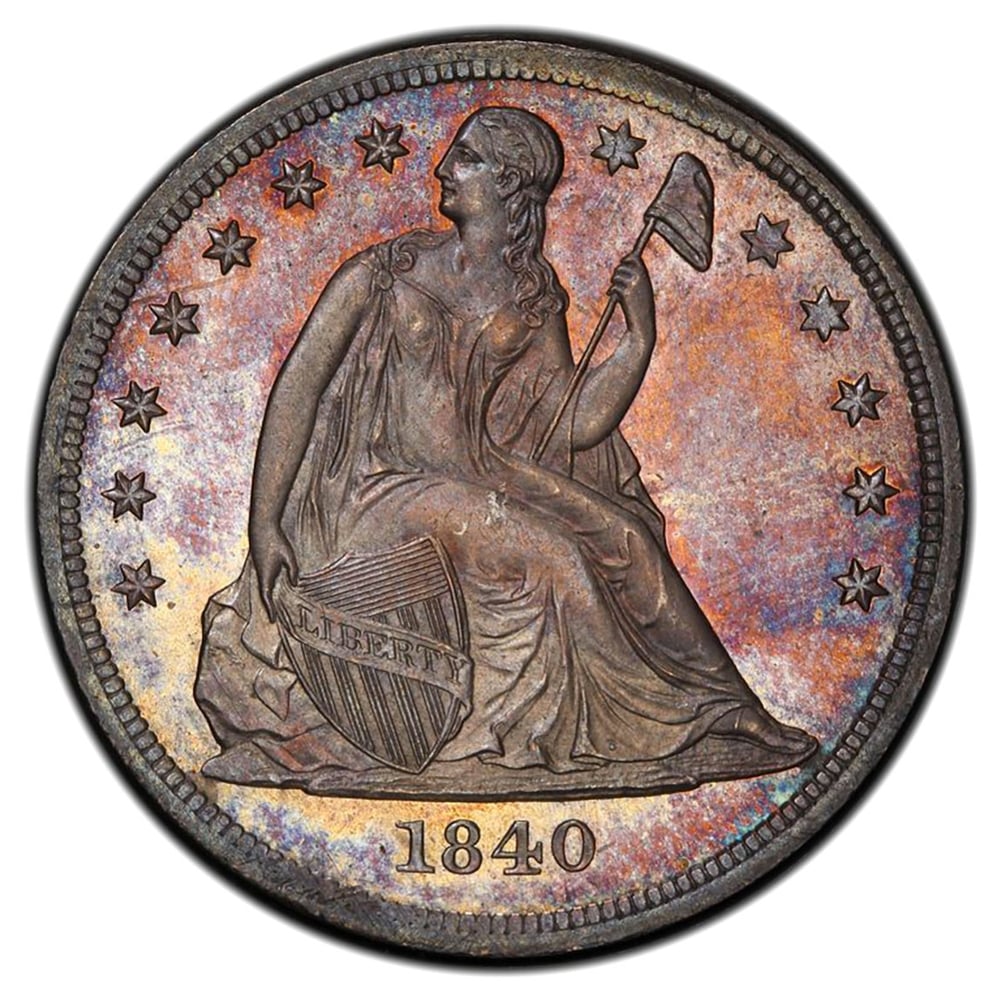 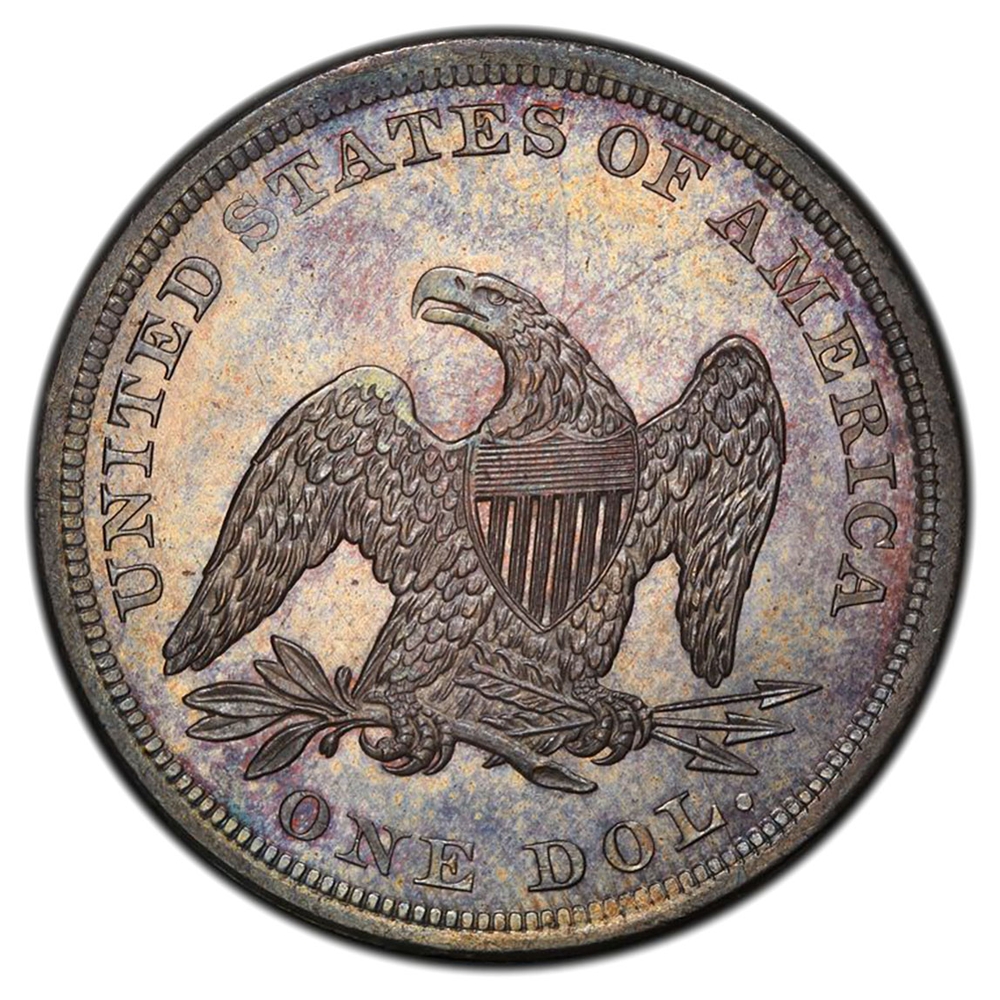 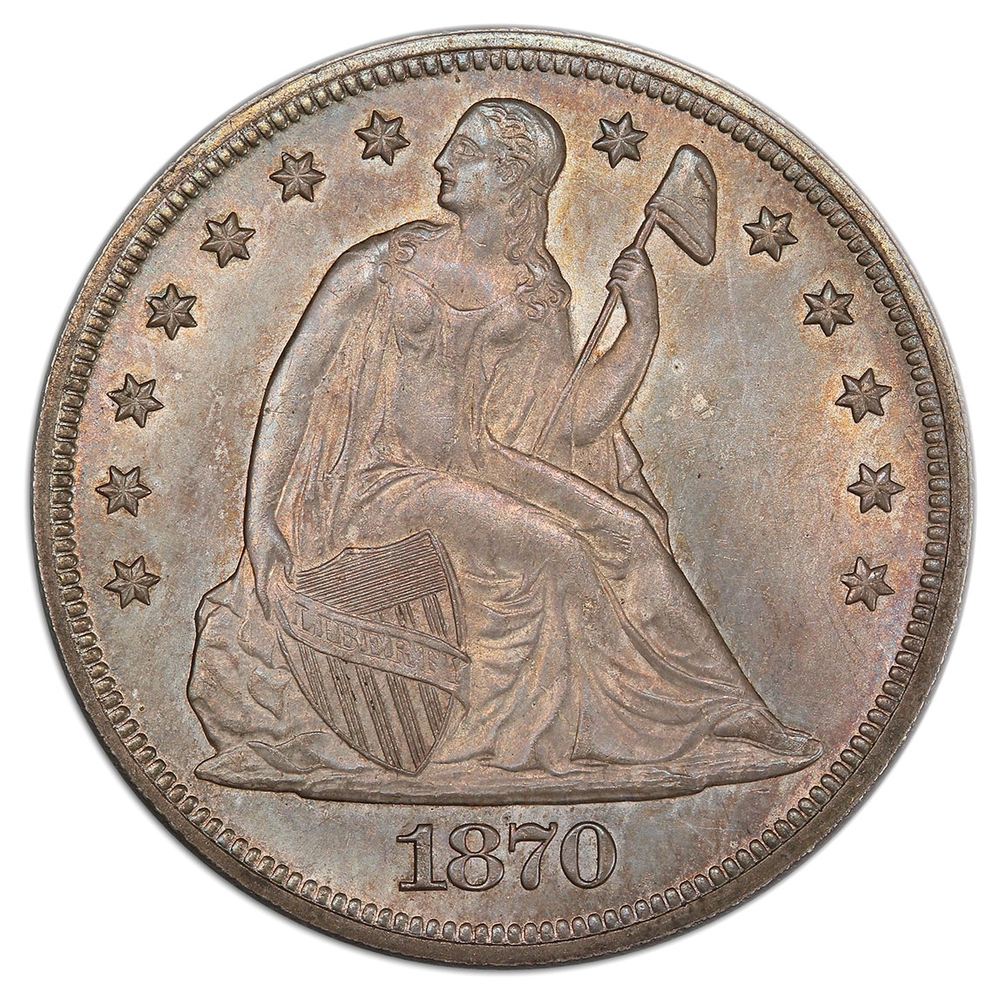 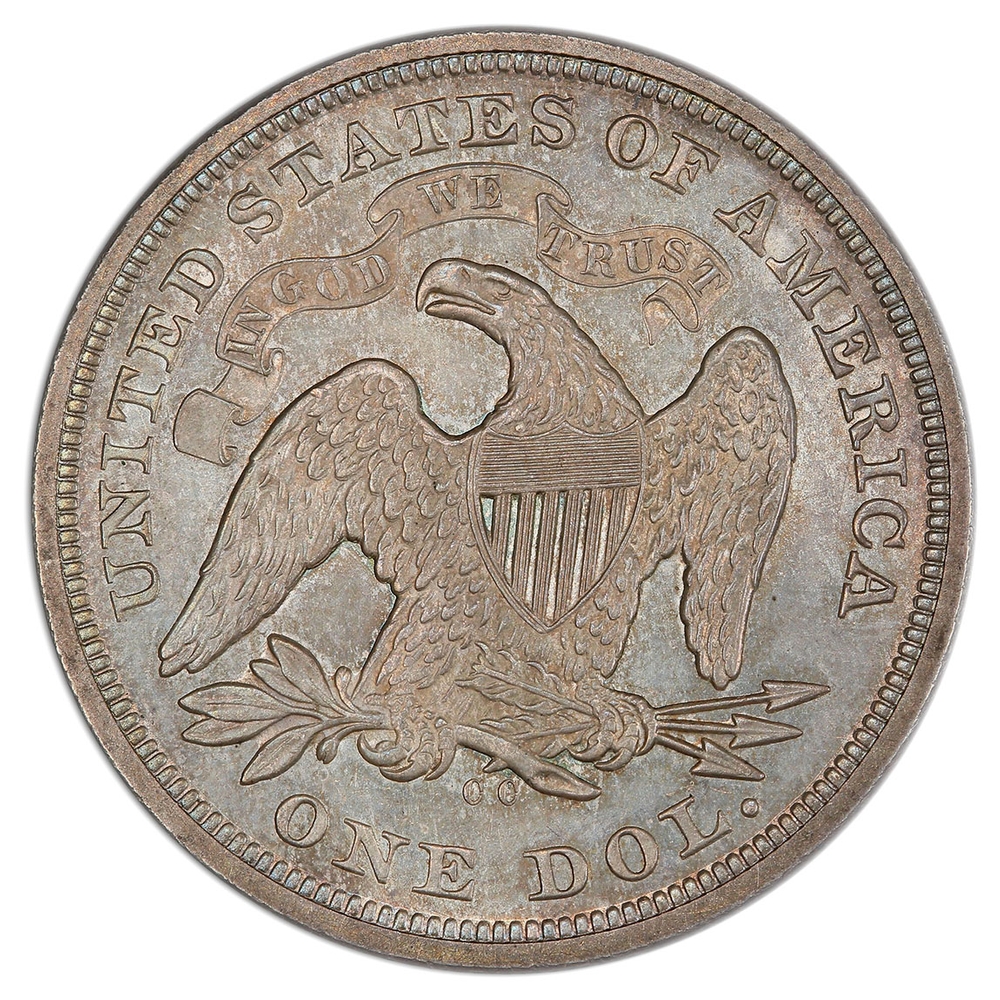 The Seated Liberty Half Dollars were issued for a period of more than fifty years, providing a relatively static design for the denomination for most of the 19th century. The coins were struck at four different mint facilities and experienced a wide range of mintages. Collecting the series is a genuine challenge due to several notable key dates.

The obverse design of the coins features an image of the full figure of Liberty, seated on a rock. She holds in one hand a pole with a cap on the top, and in the other hand a shield with the inscription "Liberty". Thirteen stars and the date of issue complete the design.

The reverse features a heraldic eagle similar to the one which appeared in the previous series. The eagle has a union shield at its chest and grasps an olive branch and bundle of arrows in either talon. The inscriptions indicate "United States of America" and the denomination. In 1866, a scroll was added above the eagle with "In God We Trust". Other minor design alterations also took place during the course of the series.

A basic set of Liberty Seated Half Dollars includes 113 coins. This does not include major or minor varieties, which would increase the scope of the collection. Some of the rarities of the series include the 1855-S, 1870-CC, and 1878-S half dollars. These issues had low mintage and/or experienced significant circulation, which reduced the number of examples available for present day collectors.