The sacagawea dollar value ranges from $1 to $100,000 depending on the quality of the coin, which year it was minted in, which mint it was manufactured at, and its strike type. 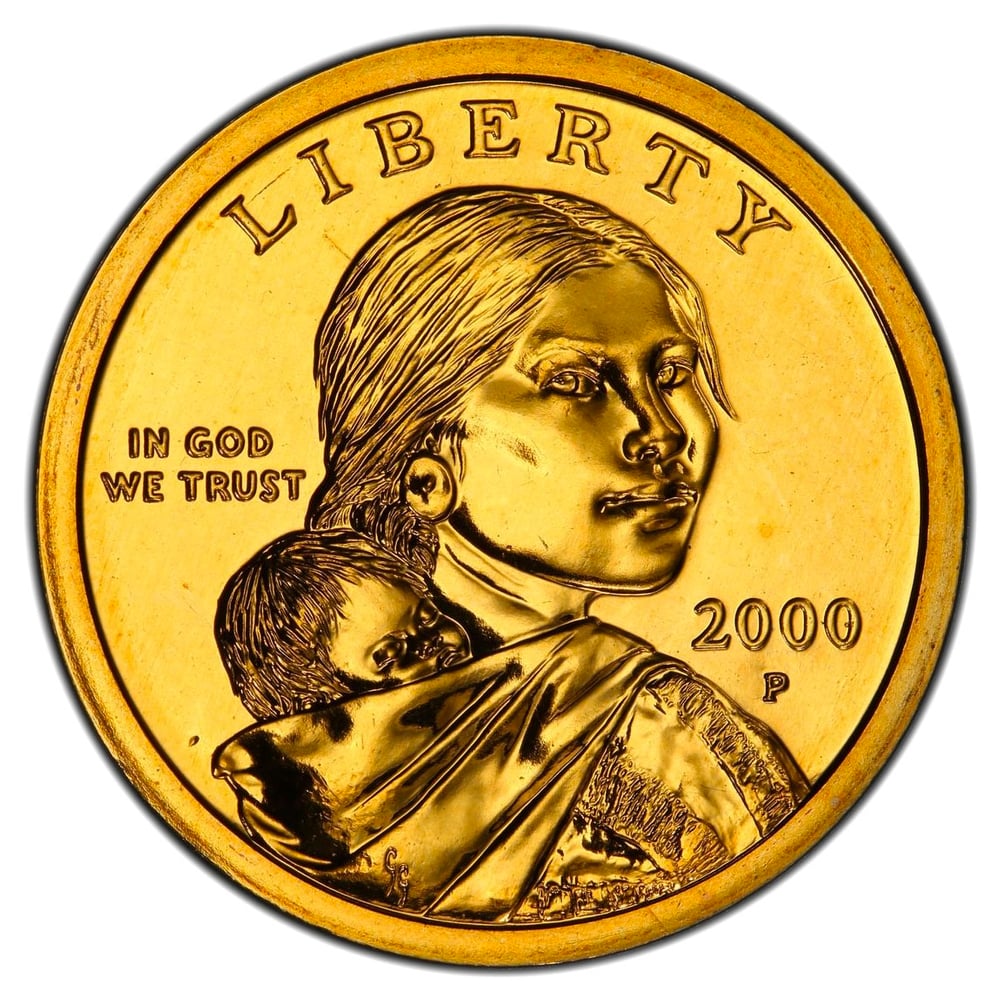 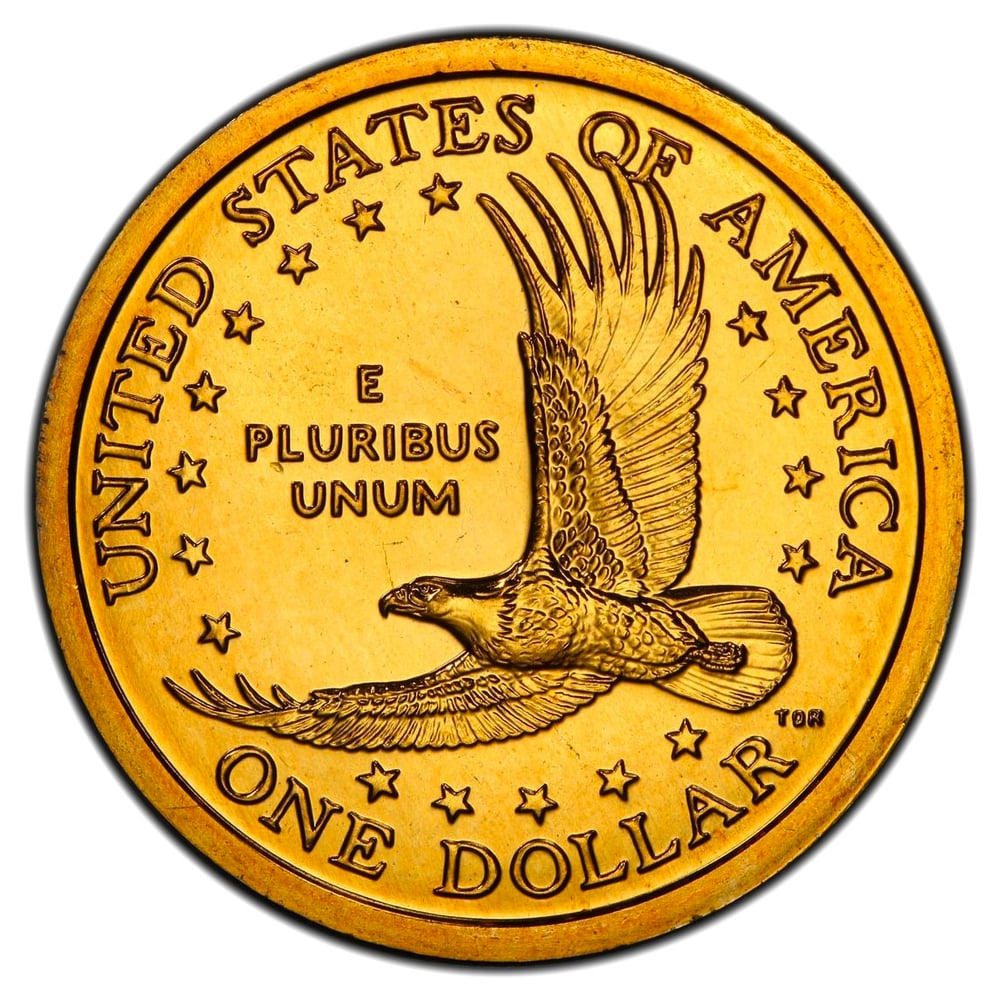 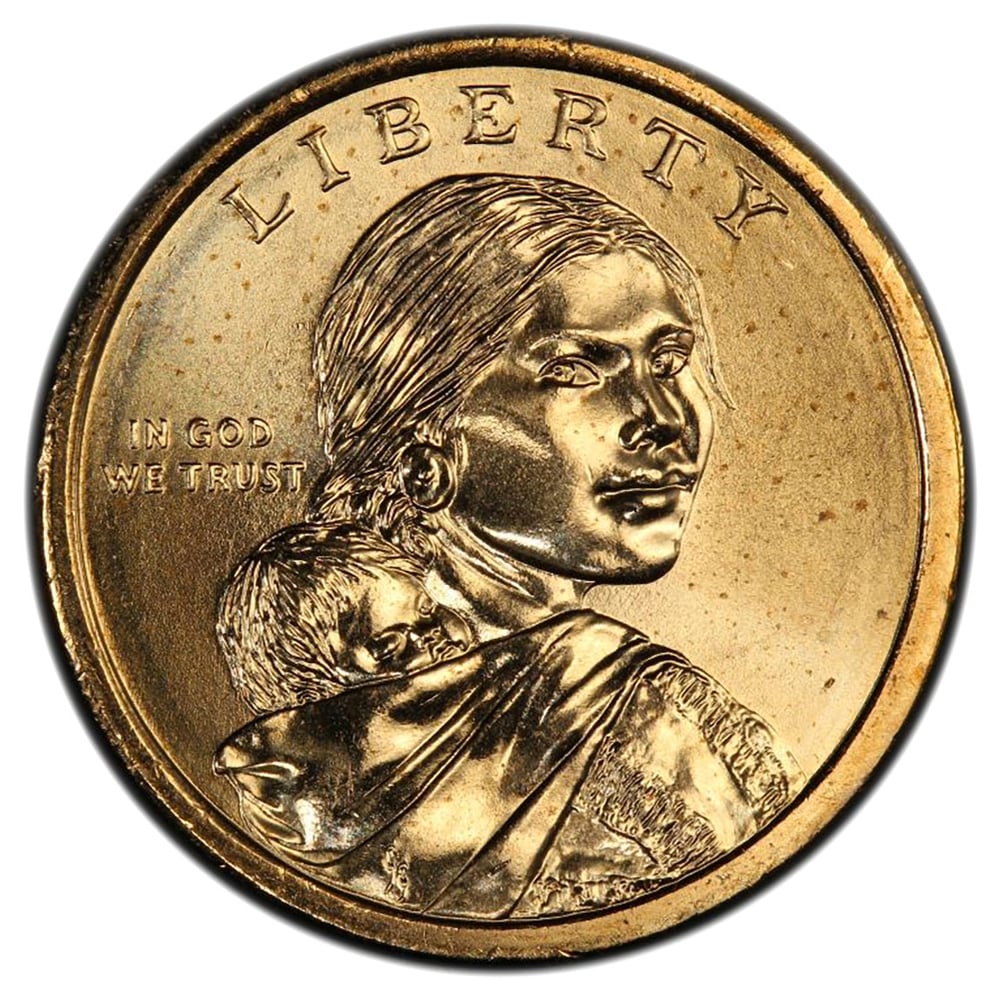 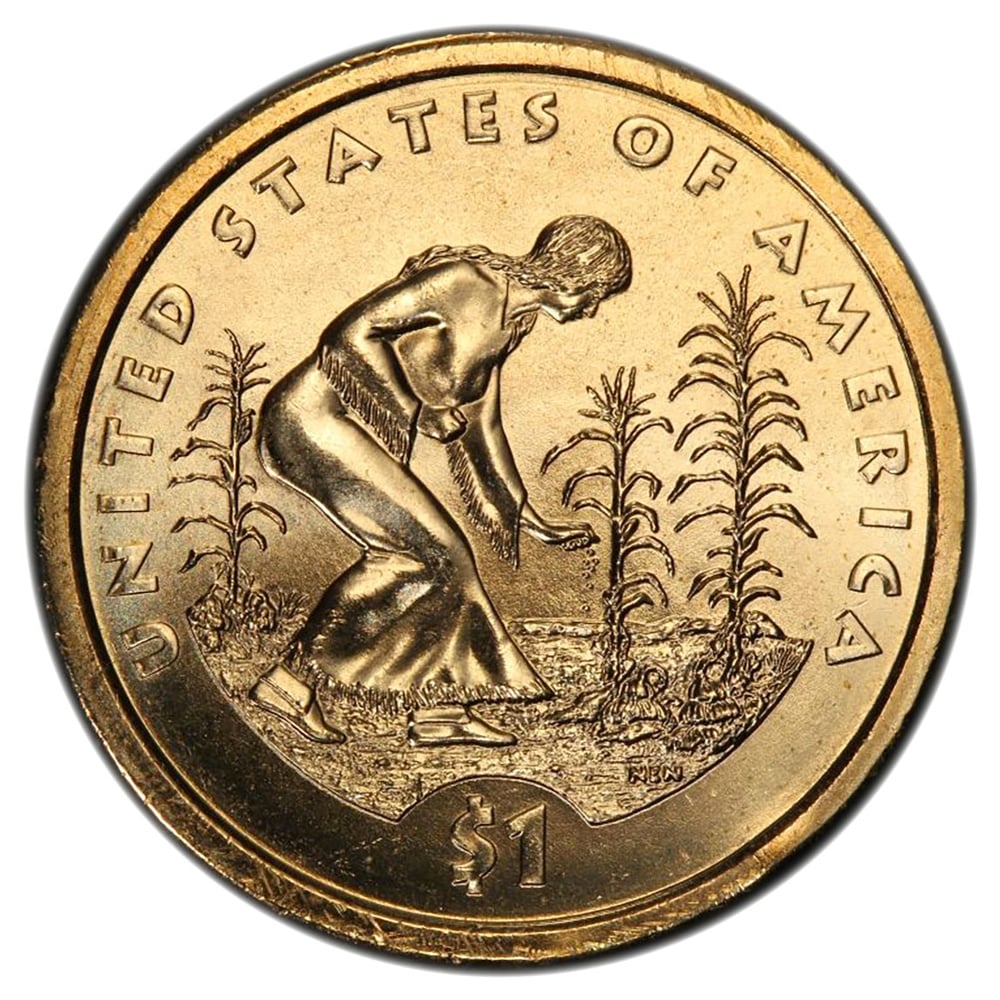 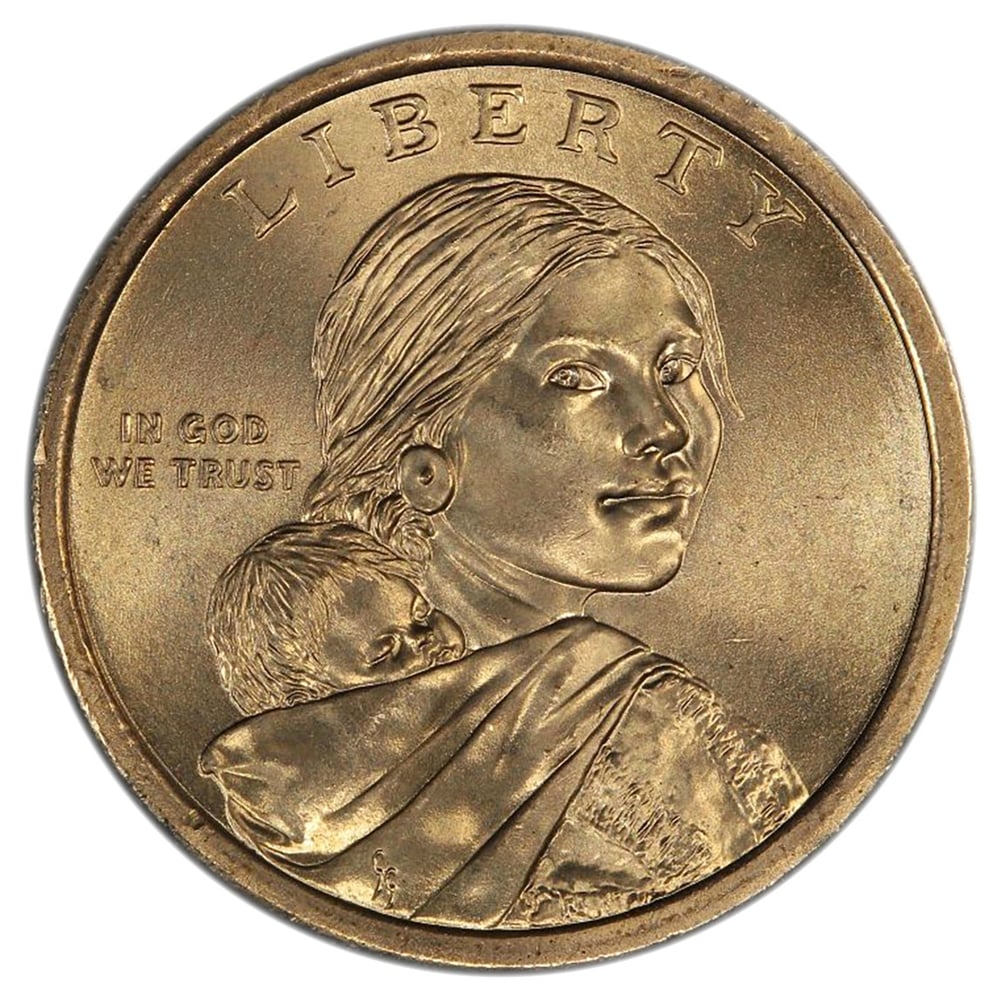 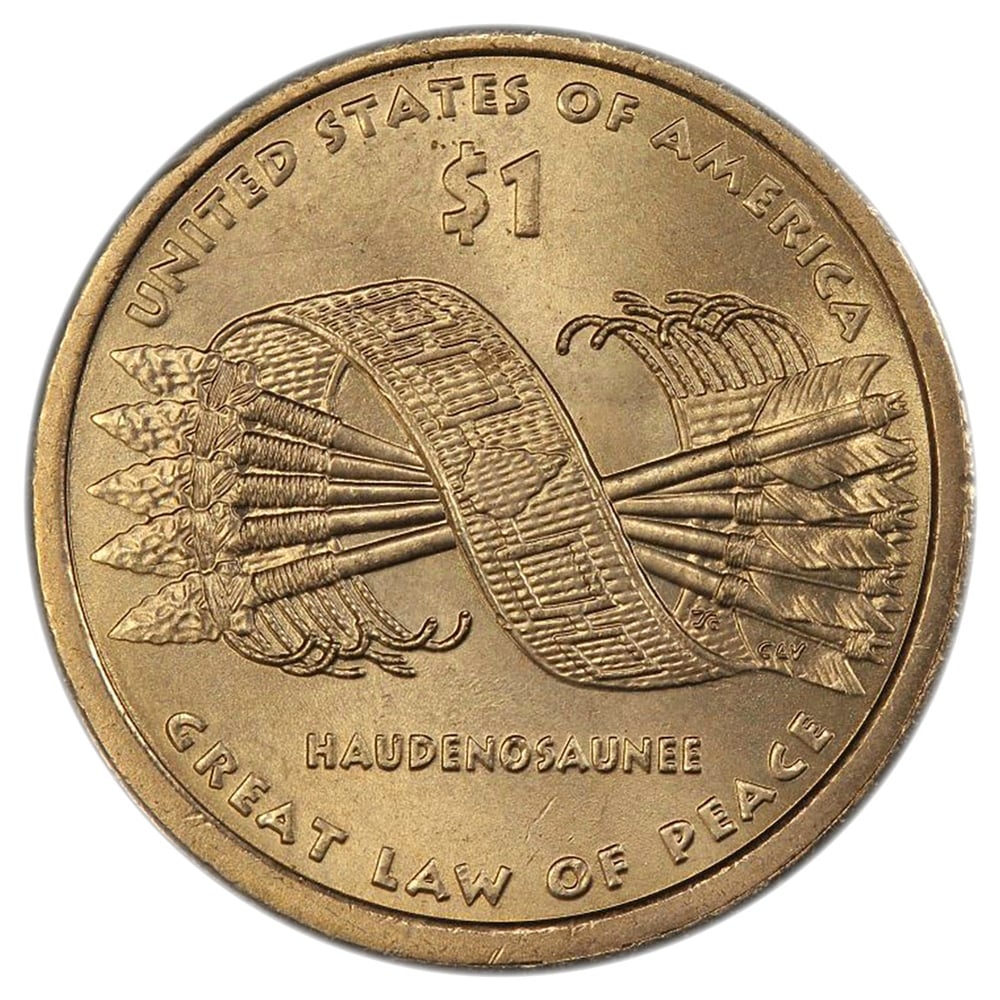 The Sacagawea Dollar was launched by the United States Mint in the year 2000 amidst much fanfare. It was a newly designed small size dollar coin with a unique golden color. Eventually, the series only lasted nine short years, with just two years produced for circulation. Nonetheless, it maintains an important place in history and is popular with many collectors.

The series included coins struck for circulation at the Denver and Philadelphia Mints. Proof coins were also minted each year at the San Francisco Mint. Starting in the year 2002, the Philadelphia and Denver mints only produced Sacagawea Dollars for collectors. The coins were issued in government mint sets and US Mint issued bags and rolls. This created a number of years with attractively low mintages.

Starting in the year 2005, the Mint Set issued coins were struck with a special satin finish. This finish differed from regular business strikes and creates another type of coins usually attributed "SMS." These coins were originally found within the annual uncirculated coin sets.

The lowest mintages occurred in 2008, which was also the final year of the series. These coins had 1.82 million coins struck at each mint facility and have commanded a premium above other dates.

In the following year, a new series was launched to recognize the accomplishments and contributions of Native Americans. The obverse design featuring Sacagawea and child was retained with some minor alterations. The reverse design would feature an annually rotating design.

The second year of the Sacagawea Dollar saw lower mintages for circulating coins, but a reduced mintage for proof coins. The proof coin has become one of most difficult to acquire issues of the set. Many call this coin the "key date" of the series.

After the mass production of dollar coins in the first two years of the series, the United States Mint curtailed production so that coins would only be included in special sets, bags, and rolls issued for coin collectors.  As a result mintages for this year were far lower than prior years.

Following the same format as the prior year, Sacagawea Dollars were not produced for circulation during 2003. Instead coins were minted only for inclusion on government issued coin collector sets, as well as specially packaged bags and rolls for collectors.

For the third year in a row, the Sacagawea Dollar was not issued for circulation. Coins were minted for inclusion in government issued mint sets and proof sets, as well as collector packaged bags and rolls. Mintages declined for the third year straight.

Once again Sacagawea Dollars were only issued for collectors in 2005. The coins came in US Mint Sets, US Proof Sets, and specially packaged US Mint bags and rolls of coins. The 2005 P&D Sacagawea Dollars show the lowest mintage figures to date as a result of the limited distribution.

The 2006 Sacagawea Dollars were not produced for circulation. The Philadelphia na Denver Mints produced only a limited number of the coins for sale in bags and rolls or in goverment Mint Sets. The San Francisco Mint produced coins for inclusion in US Proof Sets.

The year 2008 marked the unceremonious end of the Sacagawea Dollar series. It lasted only nine short years and was minted two year for widespread circulation. For the final year, production of the 2008 Sacagawea Dollars was limited to collector coins. The coins are on pace to have the lowest mintages of the series.

These were found to have been burnished and treated with a special anti-tarnishing agent. This gives them a highly lustrous, proof like appearance. All 5,000 of the coins were independently certified to preserve their pedigree.

The "wounded eagle" Sacagawea Dollar features two prominent die gouges that pass through the eagle's body. This scarce and popular issue can be difficult to locate, especially in top grades.

The Native American Dollar is a new series of golden colored dollar coins issued by the United States Mint. Each year features a new reverse design carrying a different theme to honor the accomplishments and contributions of Native Americans.

The first issue of the series was released in 2009, following the completion of the previous Sacagawea Dollars. The new series would continue to feature the same obverse portrait, but with some modification to the inscriptions. A new reverse design would be created for each year of the series based on a different theme.

In 2009, the Native American Dollar featured a theme of Agriculture, with a depiction of the "Three Sisters" method of planting. For 2010, the theme focused on government with a visual representation of the Haudenosaunee or Iroquois Confederacy.

This has been followed by an issue to recognize the first formal written peace treaty between Native Americans and European settlers. This was represented with a depiction of the hands of Supreme Sachem Ousamequin Massasoit and Governor John Carver exchanging the symbolic peace pipe. The 2012-dated coin marked the spread of the horse with a profile image of a Native American chief and horse.

In 2013, the reverse design commemorated the Delaware Treaty of 1778, the first written treaty between the newly formed United States and a Native American tribe. The image of a howling wolf, turkey, and turtle represented the clans of the Delaware tribe.

The series has gone on to recognize how native hospitality helped ensure the success of the Lewis and Clark expedition and honor the Mohawk Ironworkers who worked on building prominent landmarks in New York City and other skylines.

The 2014 Native American Dollar represented the sixth release within the ongoing series. The reverse design paid tribute to native hospitality which ensured the success of the Lewis and Clark expedition. This provided a nice association to the obverse design featuring Sacagawea who served as a guide during the expedition.

Representing the seventh release within the series, the 2015 Native American Dollar paid tribute to the Mohawk Ironworkers who worked to build prominent landmarks in New York City and other skylines. The reverse design shows an ironworker reaching for an I-beam with an elevated view of the city below.