The gold dollar value ranges from $1 to $100,000 depending on the quality of the coin, which year it was minted in, which mint it was manufactured at, and its strike type. 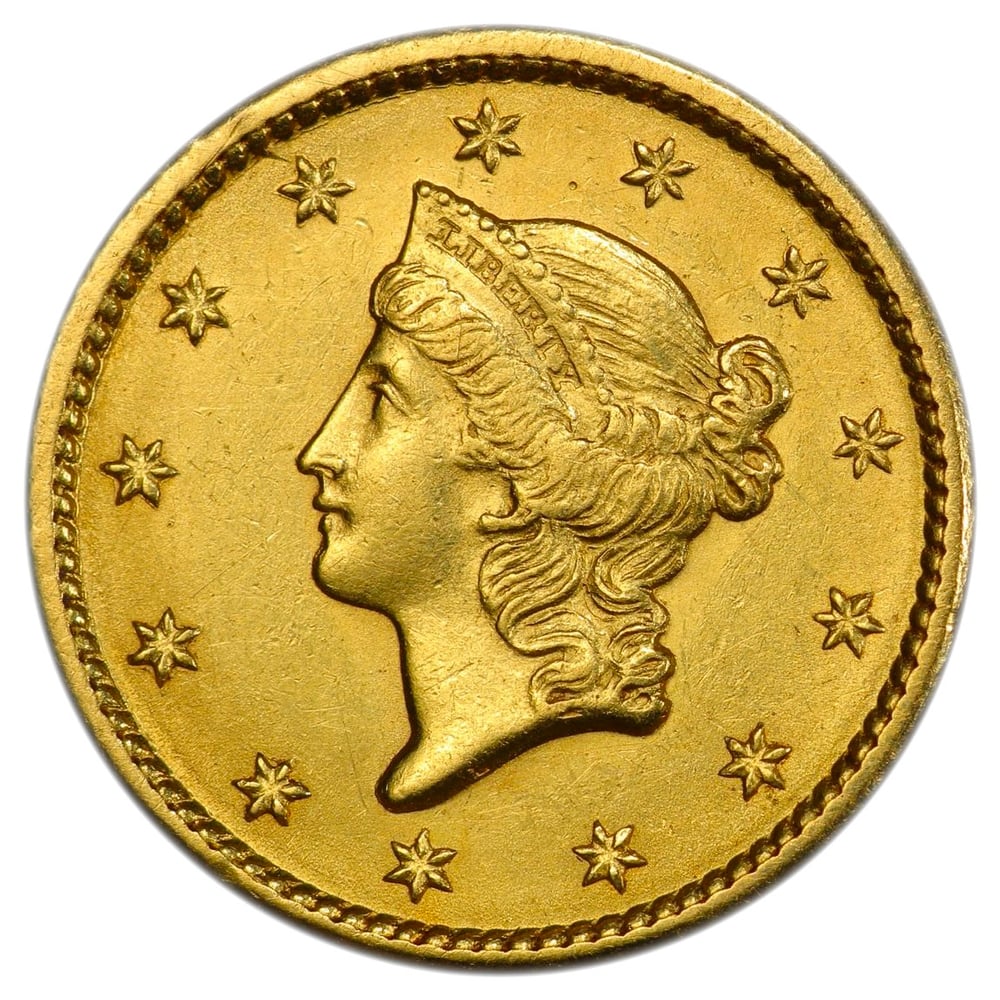 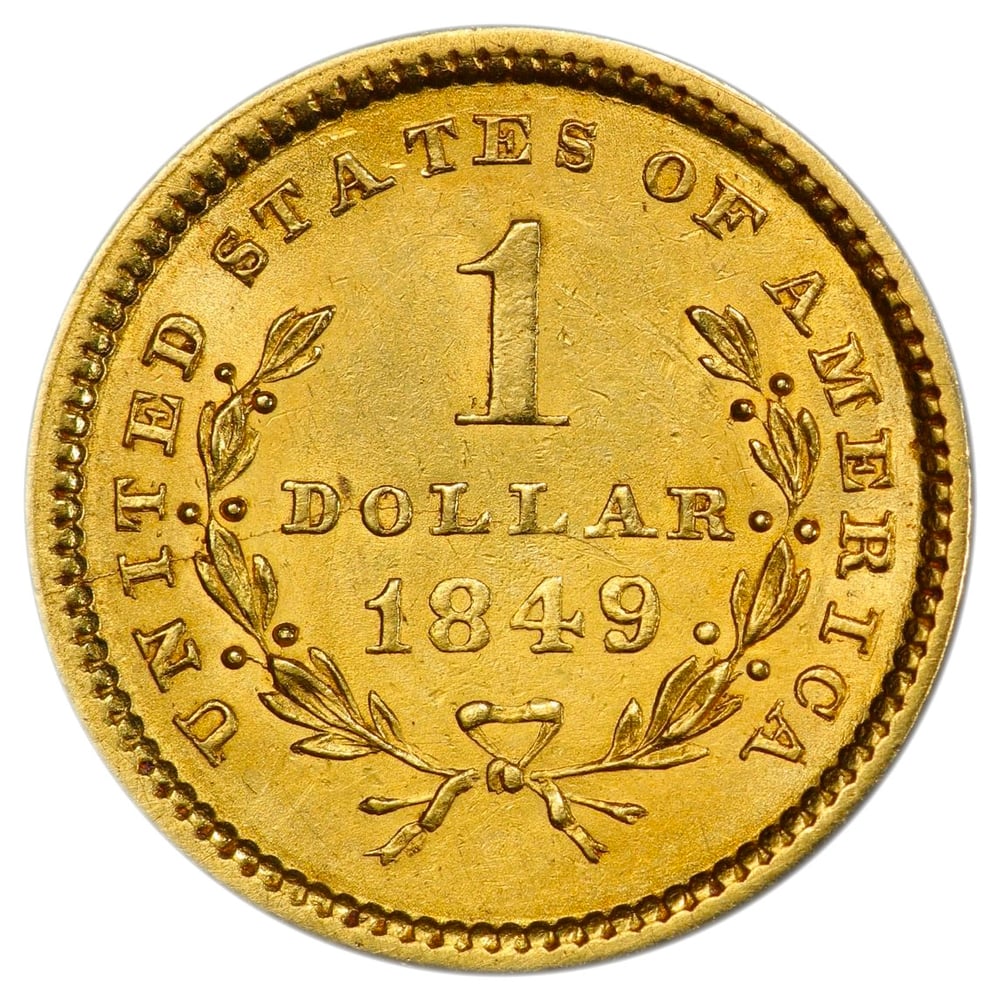 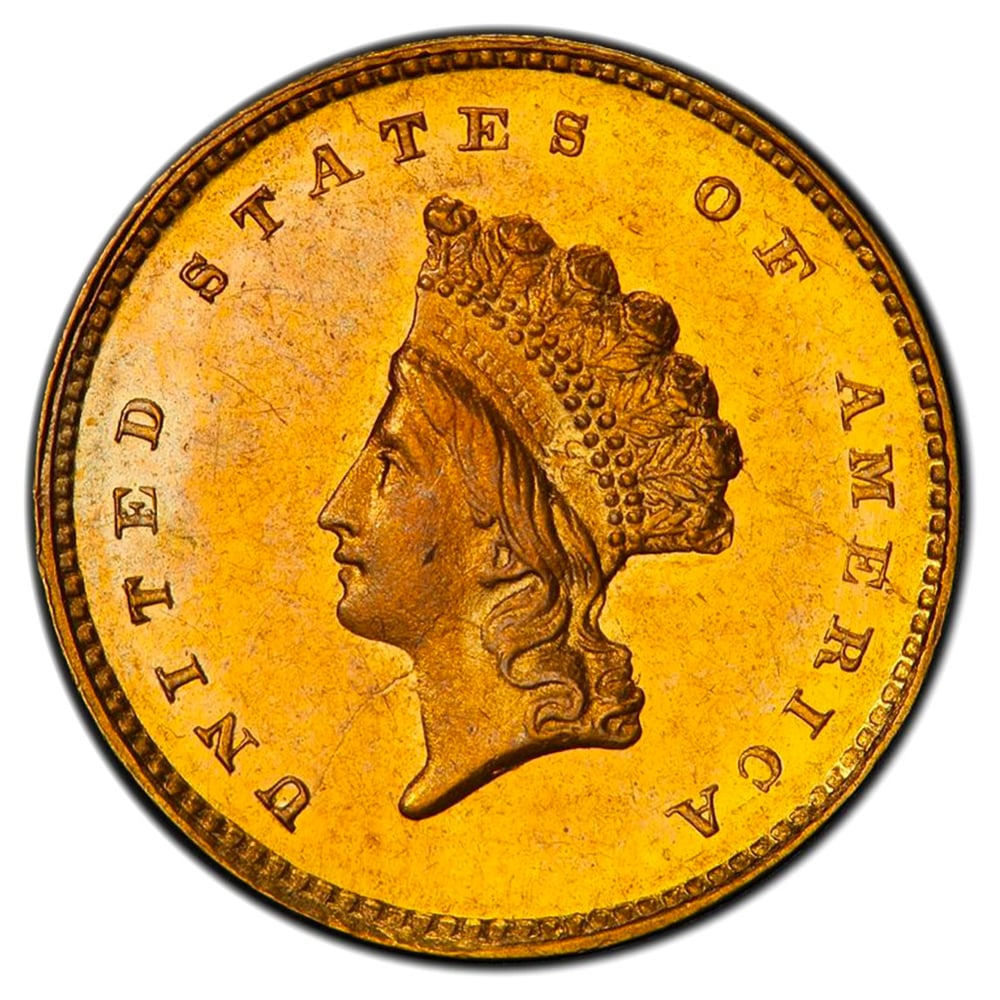 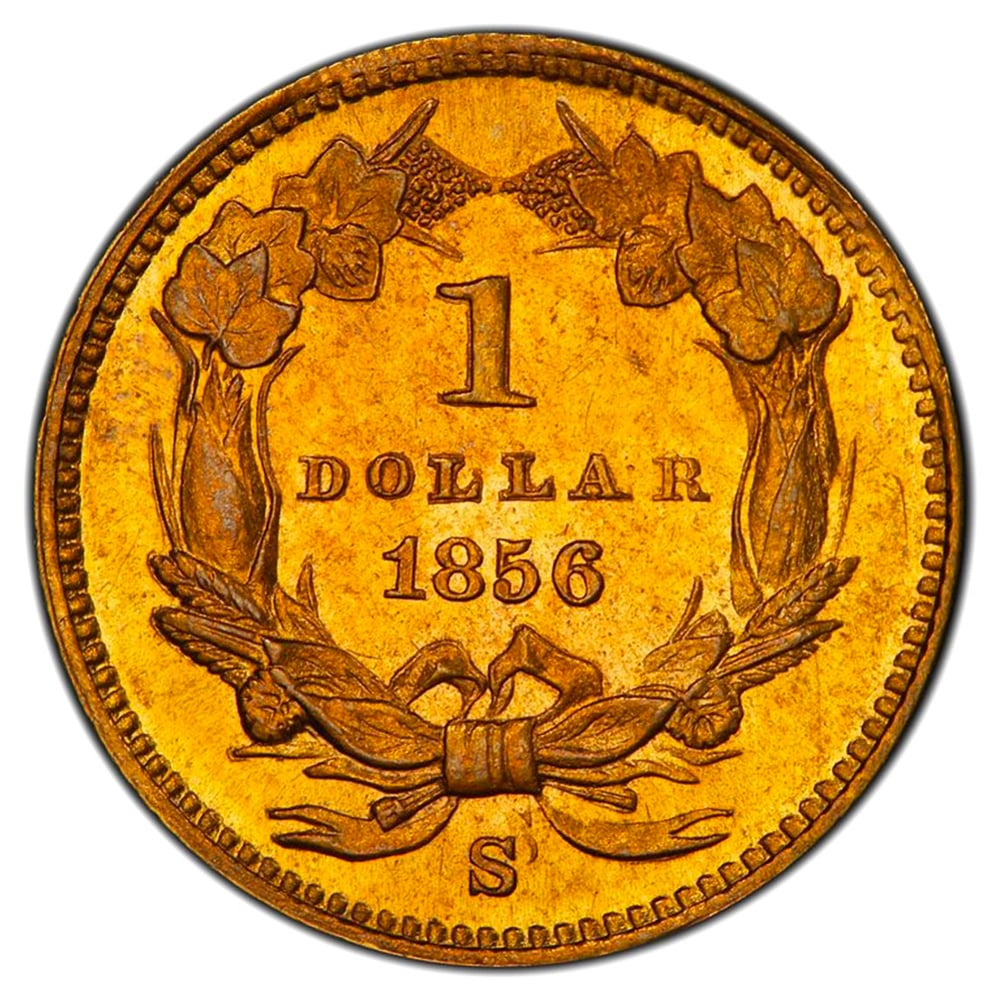 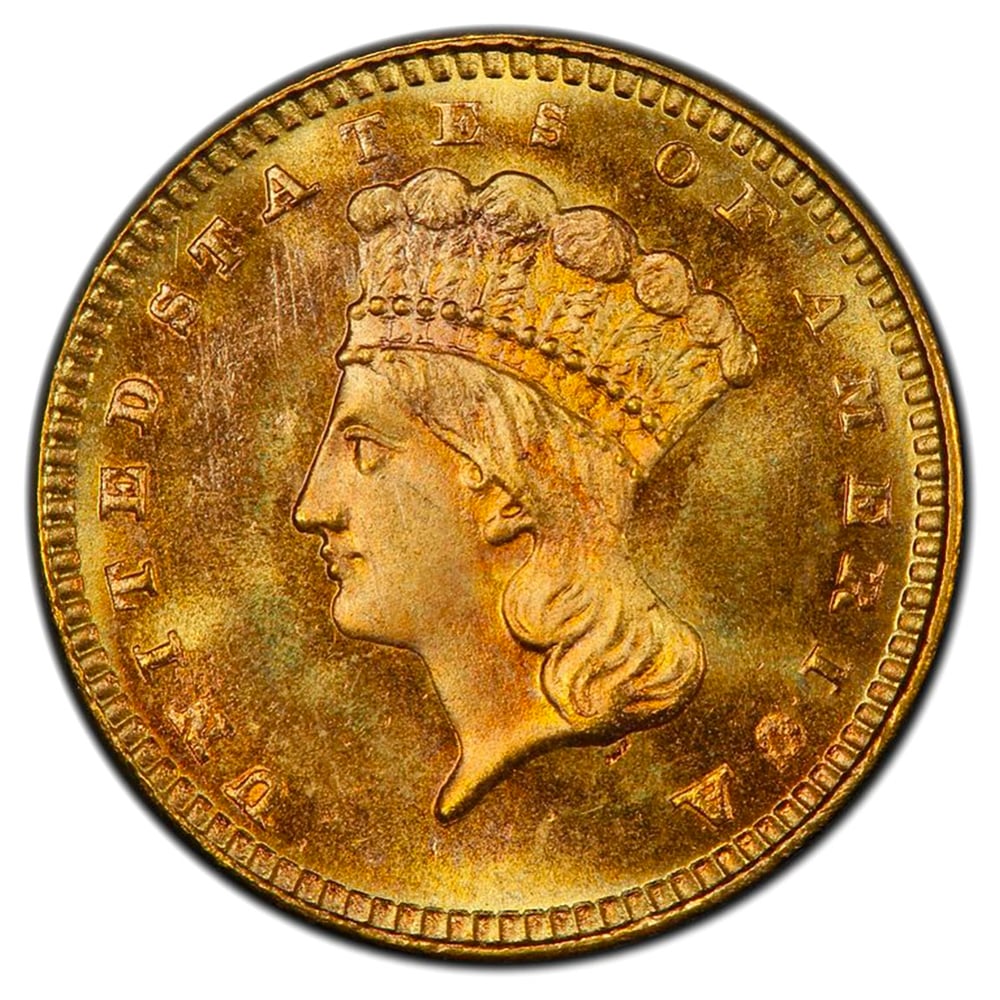 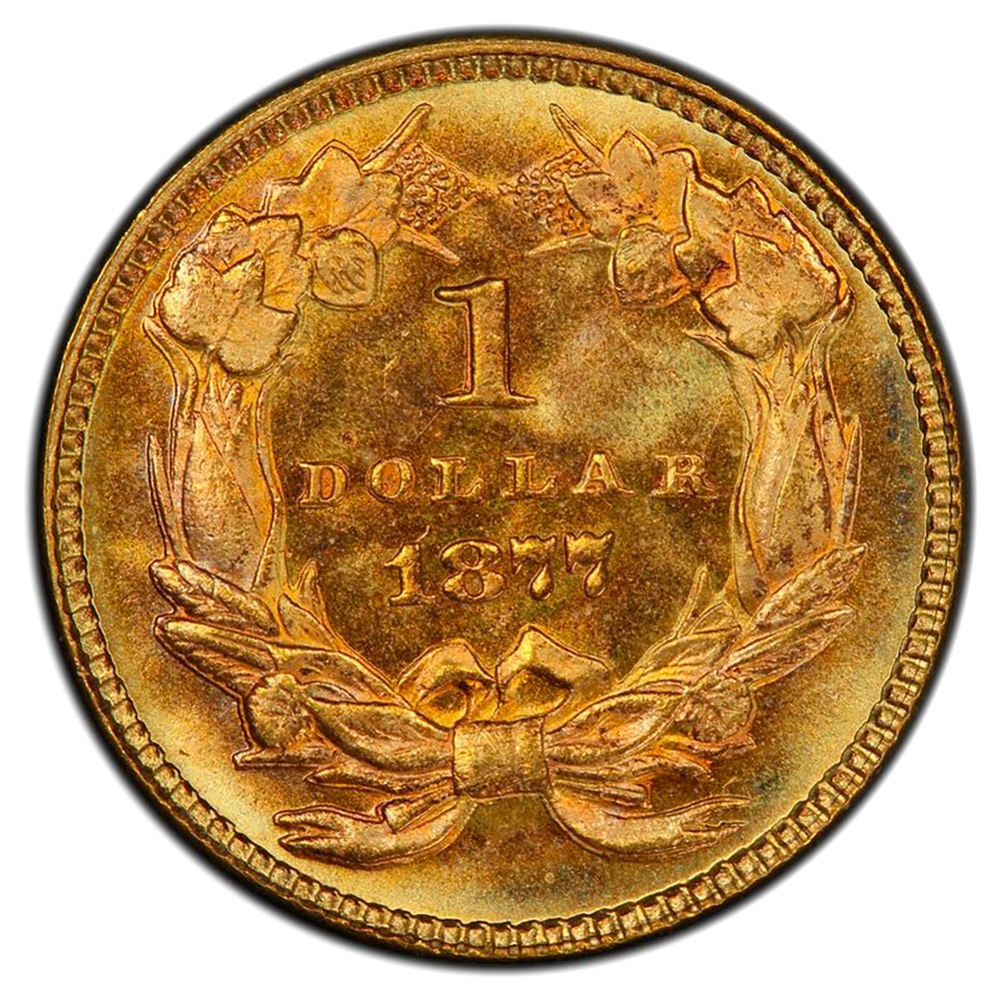 1849 was the first year the US mint struck gold one dollar coins and the type 1 gold dollars were the smallest regular circulation coin ever struck by the US mint. This series is denoted by three main types, type 1 is known as the liberty gold dollar, types 2 and 3 are known as Indian Princess gold dollars due to their portraits of lady liberty wearing an Indian headdress. The creation of the dollar denomination in gold as opposed to using silver was a result of the discovery of gold in California. Prior to 1949 gold dollars were struck privately by the Bechtler family and were widely used and very popular in the southeast area of the country. The main issue with using gold for one dollar denominations comes from the size of the coin. At this time the value of the precious metal in the coin related to the the denomination so gold coins had to be remarkably small. Initial concepts for this coin included round and square holes in the center of the coins to allow for a larger diameter. These ideas never saw the light of day and instead the tiny type 1 coin was created.

The coin was designed by chief engraver James Longacre and features a portrait of Lady Liberty on the obverse facing left wearing a headband with the word LIBERTY inscribed on it. 13 stars surround the obverse of the coin as a nod to the original thirteen colonies. The reverse has the text UNITED STATES OF AMERICA surrounding a wreath that encircles the denomination 1 DOLLAR and the year. Criticism about the size of the coin forced a change in 1854 in the series with the creation of the Type 2 Indian Princess gold dollar.

The type 2 gold dollar was minted from 1854-1856 and was a thinner yet wider coin to improve the ease of handling and use. The type 2 series obverse features lady liberty facing left wearing an Indian headdress with the word LIBERTY inscribed on the base of the headdress. She is encircled by the text UNITED STATES OF AMERICA. The reverse features an agricultural wreath encircling the denomination one dollar and the date. The short run of these coins makes completing a series hard and makes them command a higher price than the series 1 or series 3 coins.

The type 3 series ran from 1856-1889, and was struck only in Philadelphia from 1871-1889. Type 3 saw a change in the portrait of Liberty as well as a change in the headdress. The obverse of the coin still features Liberty facing left with an Indian headdress inscribed with the words LIBERTY. The text UNITED STATES OF AMERICA still encircles lady liberty. The reverse saw no changes, neither did the size of the coin.