The eisenhower dollar value ranges from $1 to $100,000 depending on the quality of the coin, which year it was minted in, which mint it was manufactured at, and its strike type. 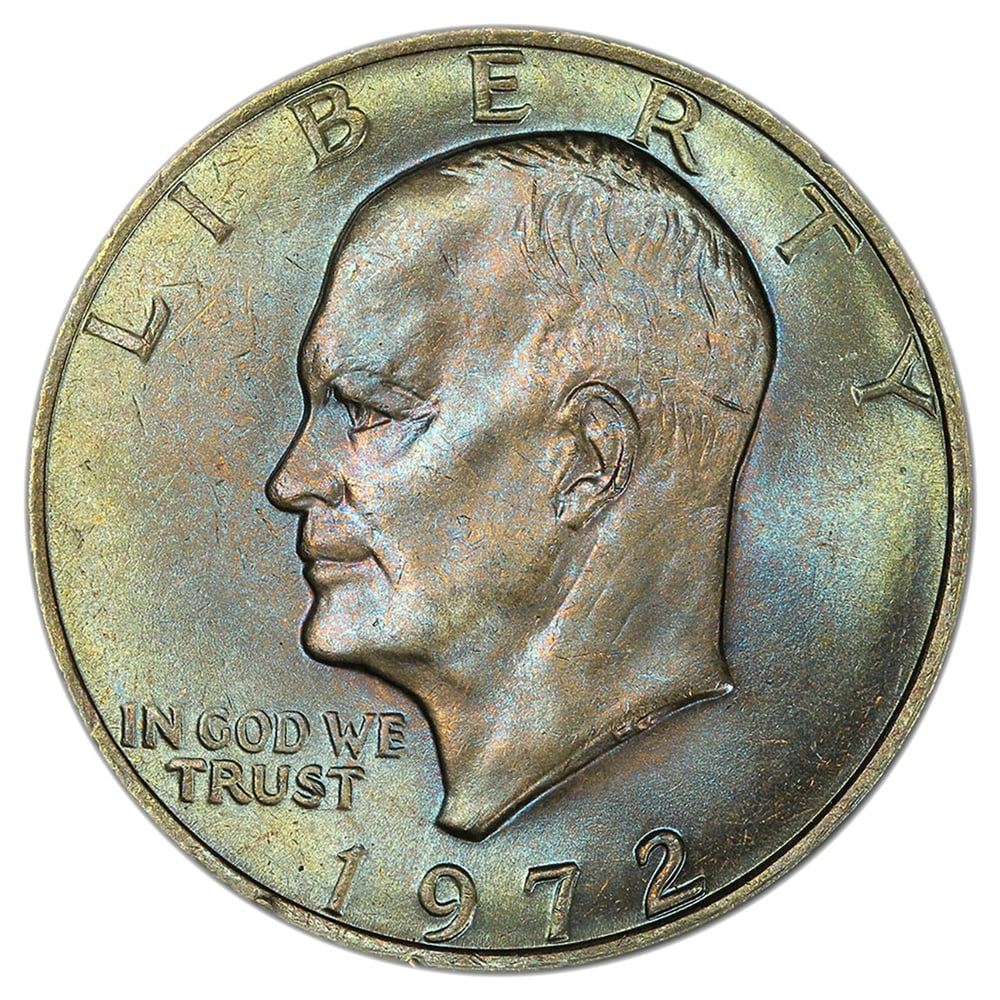 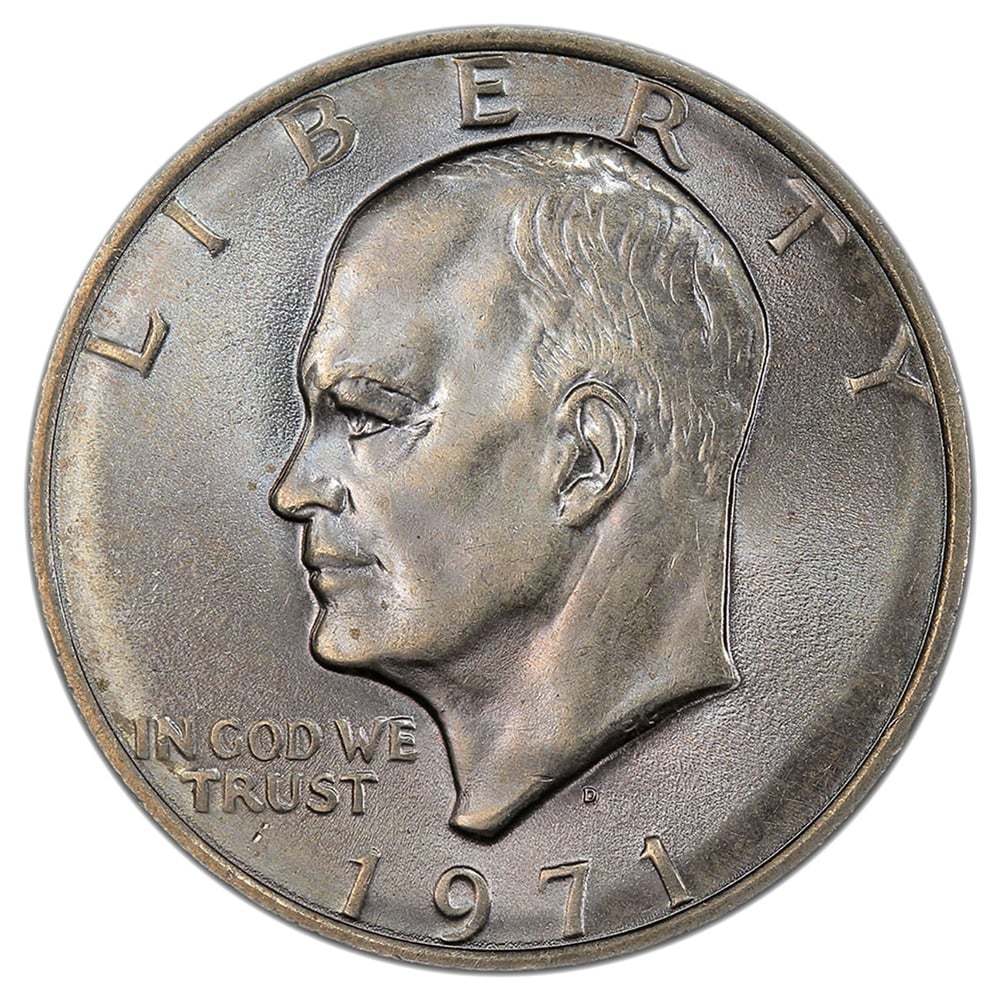 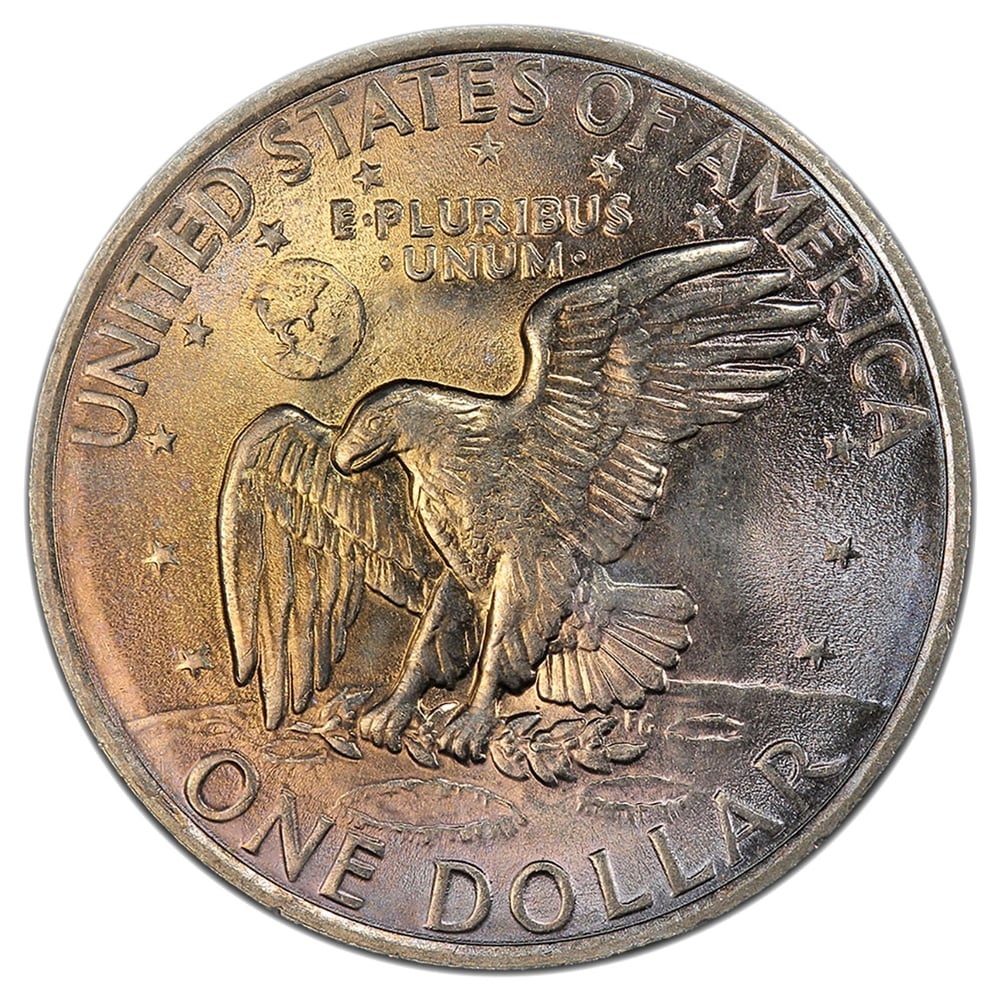 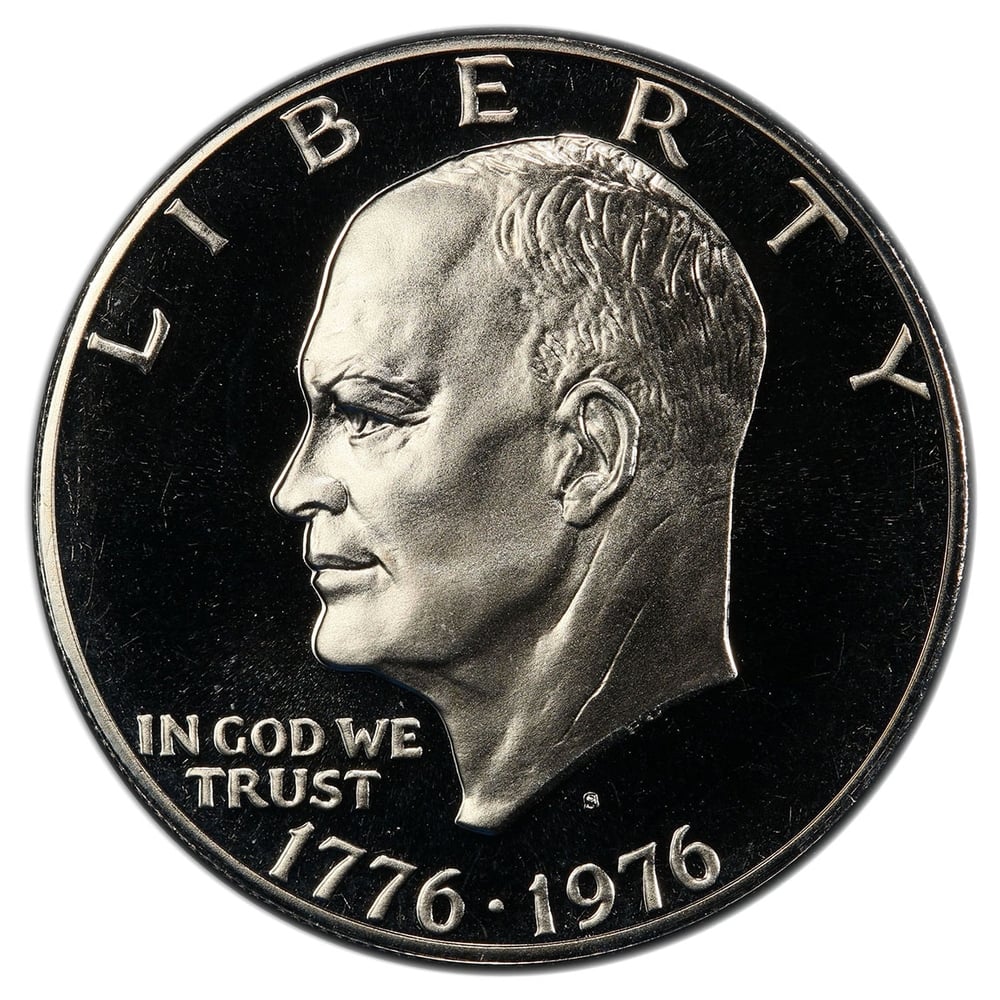 With the death of our 34th president Dwight David Eisenhower, legislation was introduced into Congress calling for a dollar coin depicting his likeness. Up to that time, the last circulating dollar that had been produced was the Peace dollar minted from 1921 through in 1935.

There was additional pressure for dollar-sized coins from the Nevada gambling casinos, which longed for a return to the days when the action at the tables was with American silver dollars. Dollars had disappeared from circulation in 1964 when their meltdown value became greater than their face value. The casinos had to pay premiums to buy Morgan and Peace dollars or order dollar-size tokens from the General Numismatics Corporation, which later became known as the Franklin Mint.

The innovative obverse and reverse designs are the work of Chief Engraver Frank Gasparro. Not only is President Eisenhower honored on this coin but also the first landing of man on the moon.

The obverse features the profile of President Dwight Eisenhower facing left. LIBERTY appears above and IN GOD WE TRUST and the date below.

The reverse, which symbolizes the landing of the Americans on the moon, was adopted from the Apollo 11 insignia. It shows an eagle holding an olive branch, landing on the moon, with the earth in the background and the inscription E PLURIBUS UNUM above the eagle. The inscription UNITED STATES OF AMERICA and ONE DOLLAR appear at the border.

Major changes were recommended for the observation of the nation's Bicentennial. Plans began three years before the event and production of the new design was to begin in 1975 and continue throughout 1976. Since the quarter, half dollar and dollar were to have the dual dates of 1776-1976, the Mint froze the 1974 date and none of these coins bear the 1975 date.

A new reverse was to be mated to Frank Gasparro's Eisenhower dollar obverse from a nationwide competition for bicentennial designs. A design by Dennis R. Williams was selected which depicts the Liberty Bell superimposed on the moon. It is a concept similar to that found on the Franklin half-dollar. The motto E PLUR-IBUS UNUM appears to the lower right. The inscription UNITED STATES OF AMERICA, ONE DOLLAR surrounds the borders.

To provide an issue for coin collectors, the San Francisco Mint produced business strike or "Uncirculated" pieces as well as Proof examples struck in a silver clad composition.  Aside from the metallic content of the coin, the Eisenhower dollars of the 1971-1974 years, which have the design with President Eisenhower on the obverse and an eagle landing on the moon on the reverse, is the same. Examples of the Eisenhower bicentennial dollar with the Liberty Bell and moon reverse were also produced for collectors.