The silver eagle value ranges from $1 to $100,000 depending on the quality of the coin, which year it was minted in, which mint it was manufactured at, and its strike type. 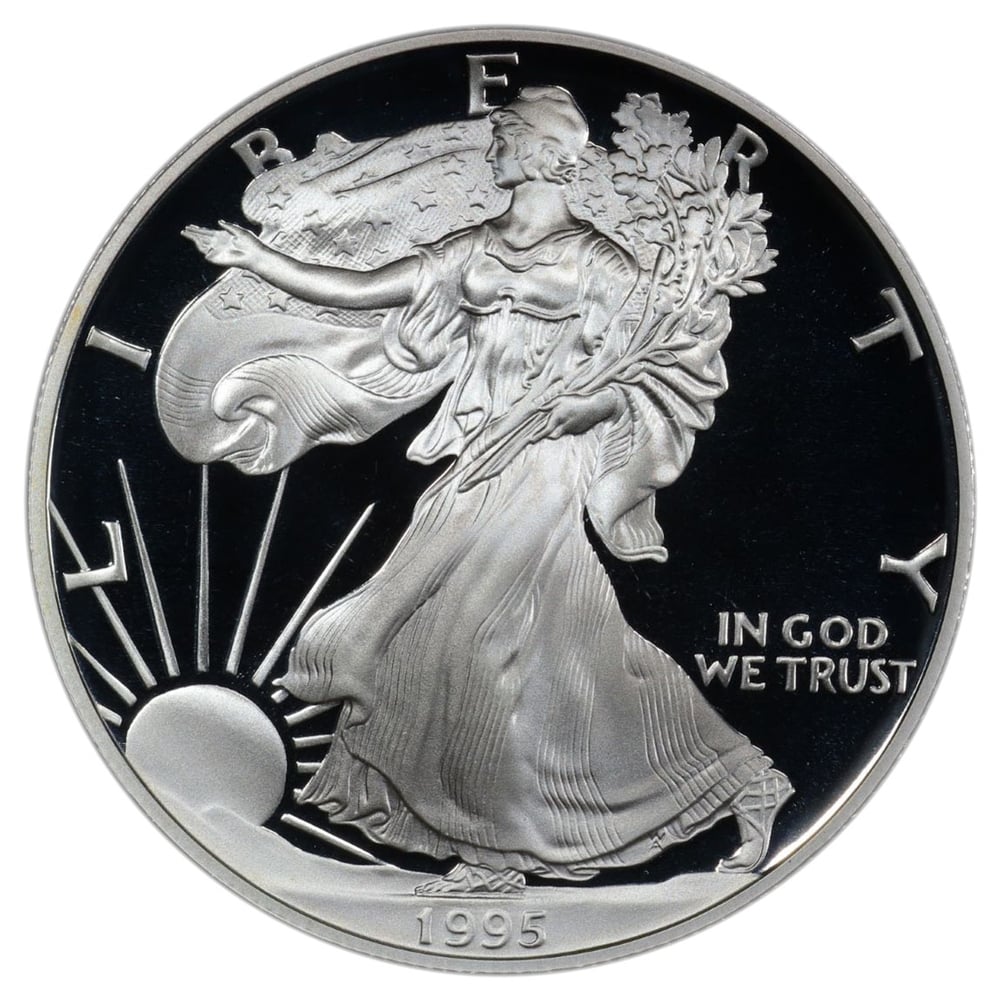 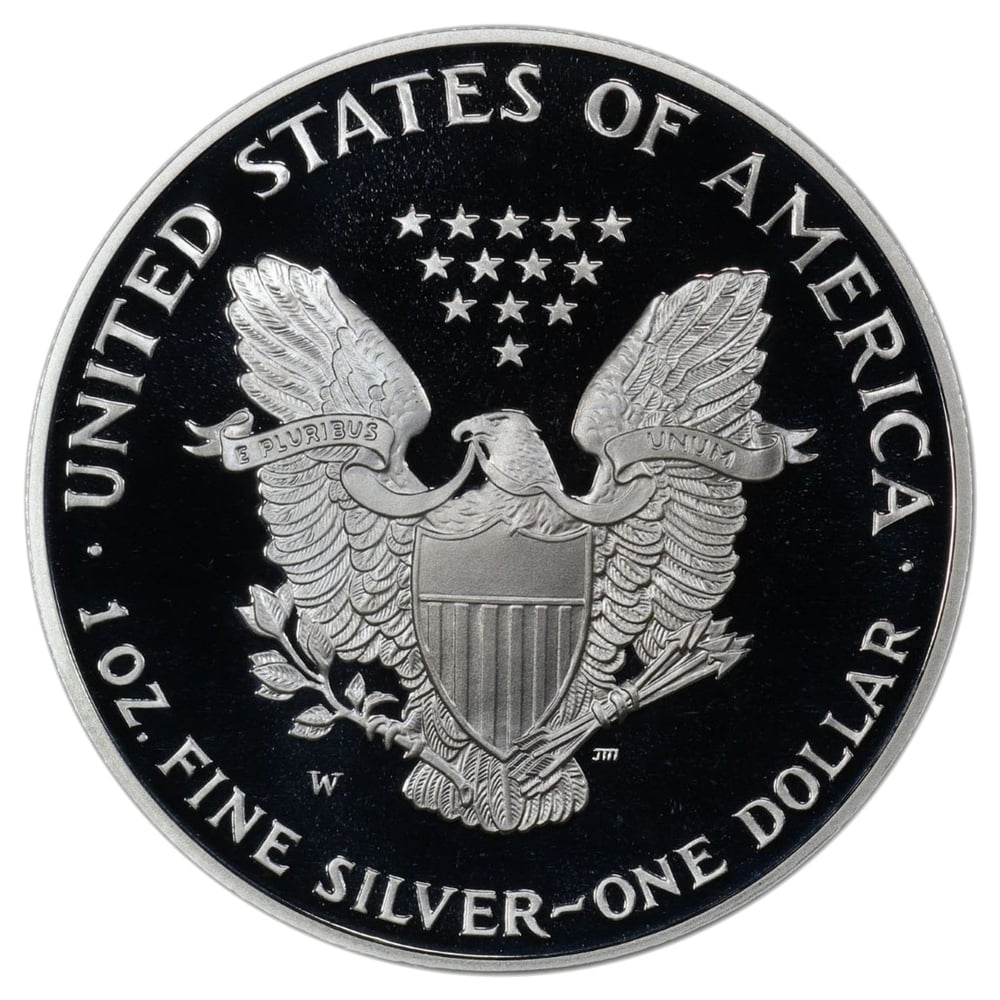 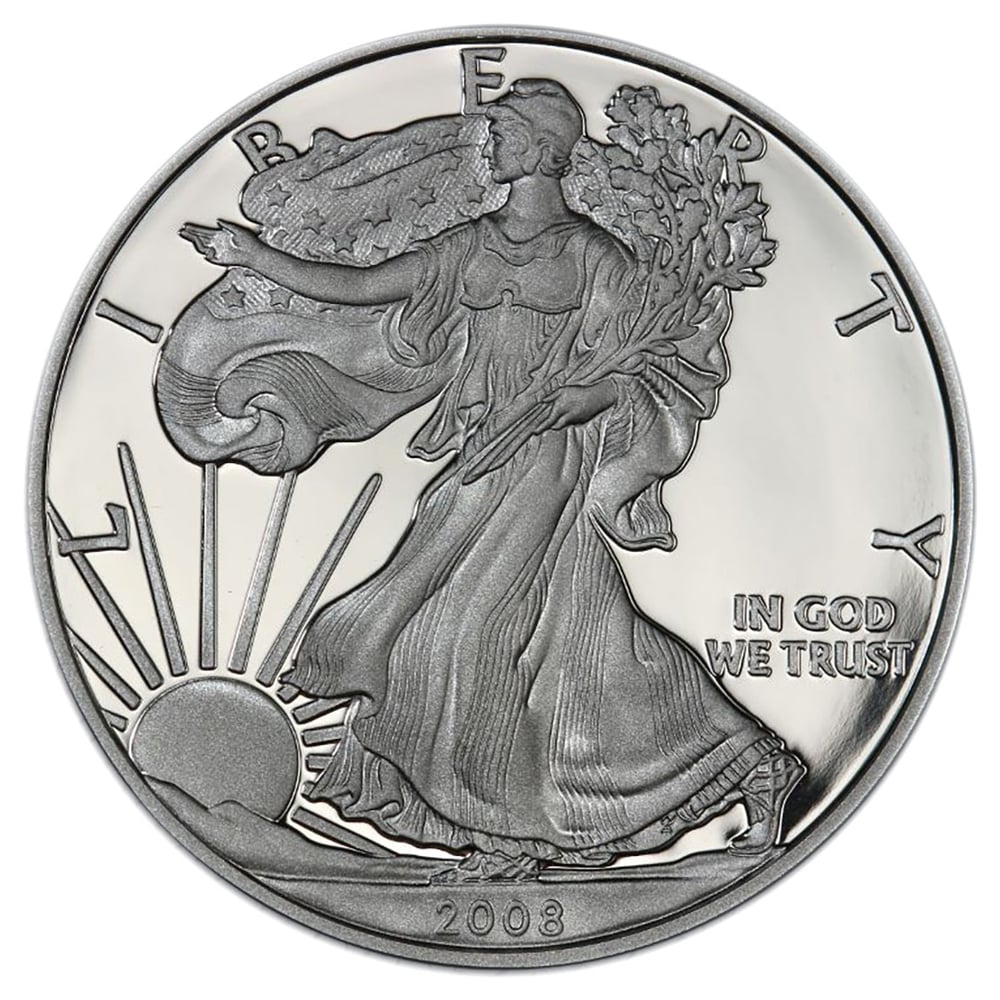 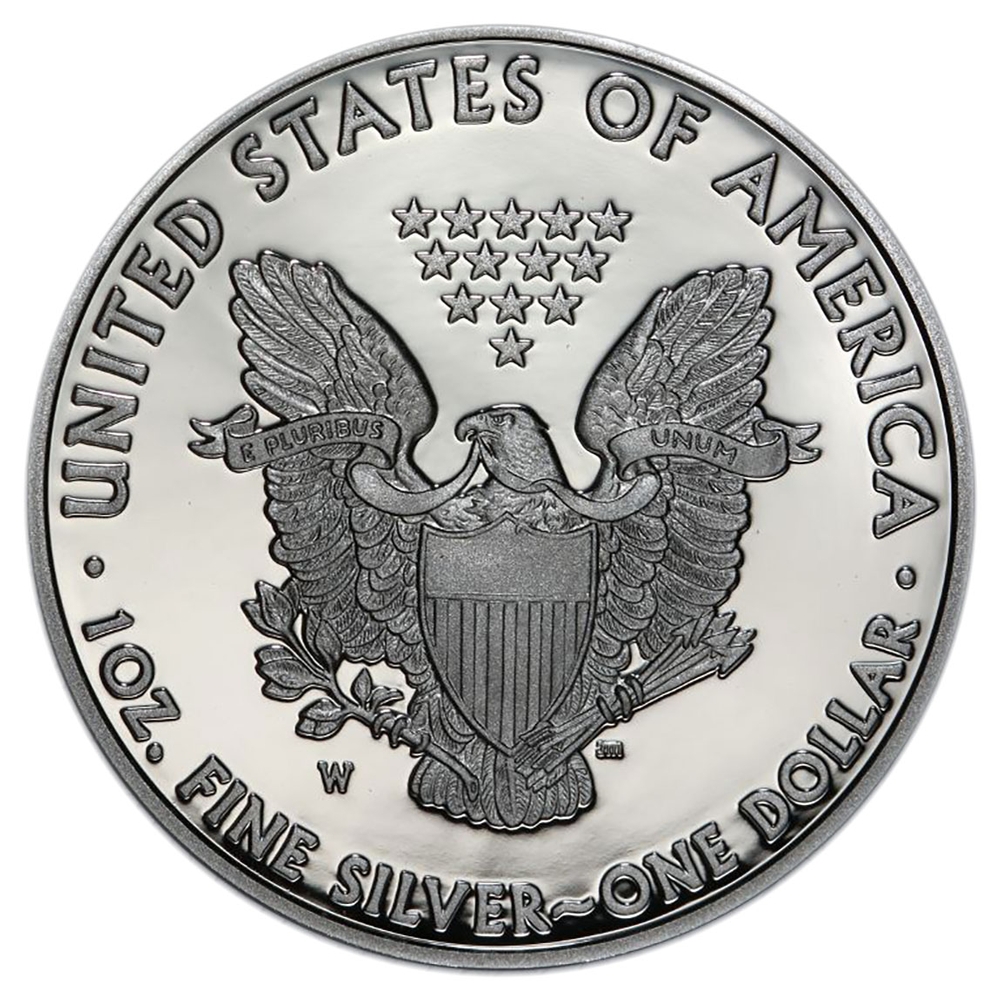 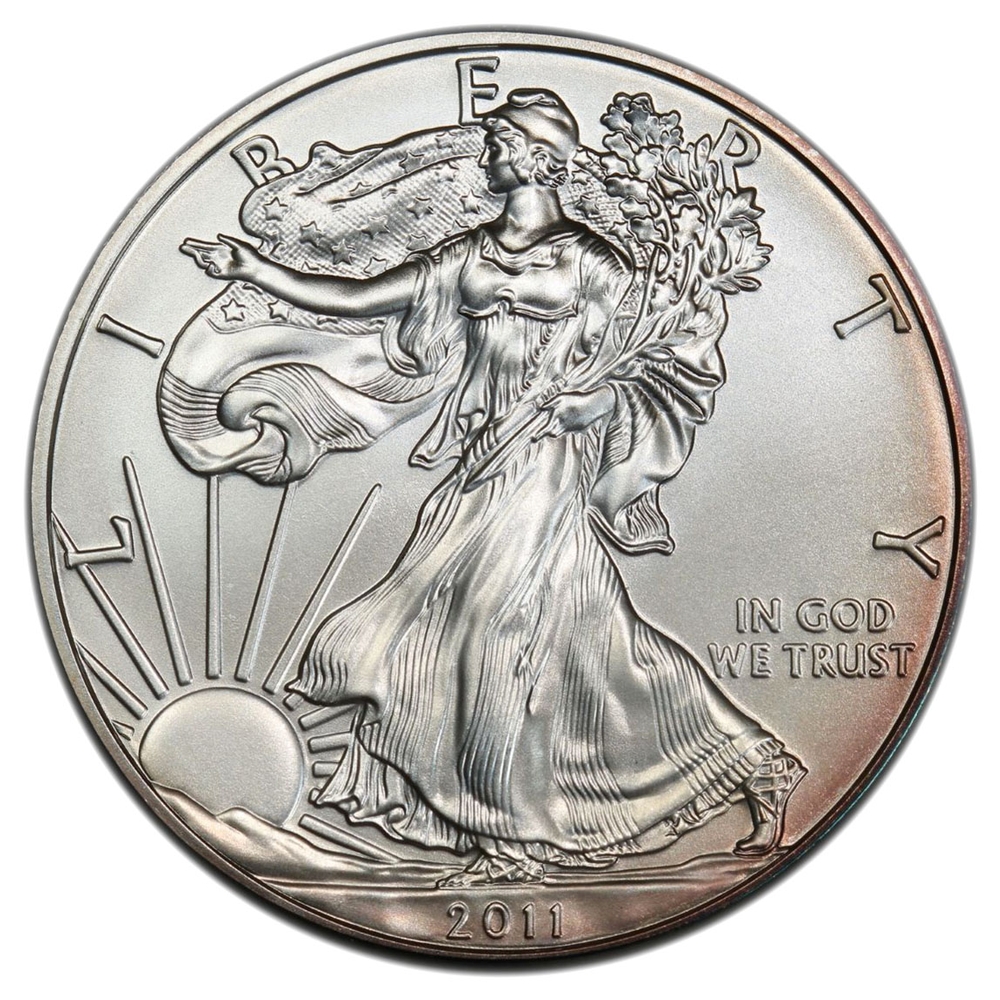 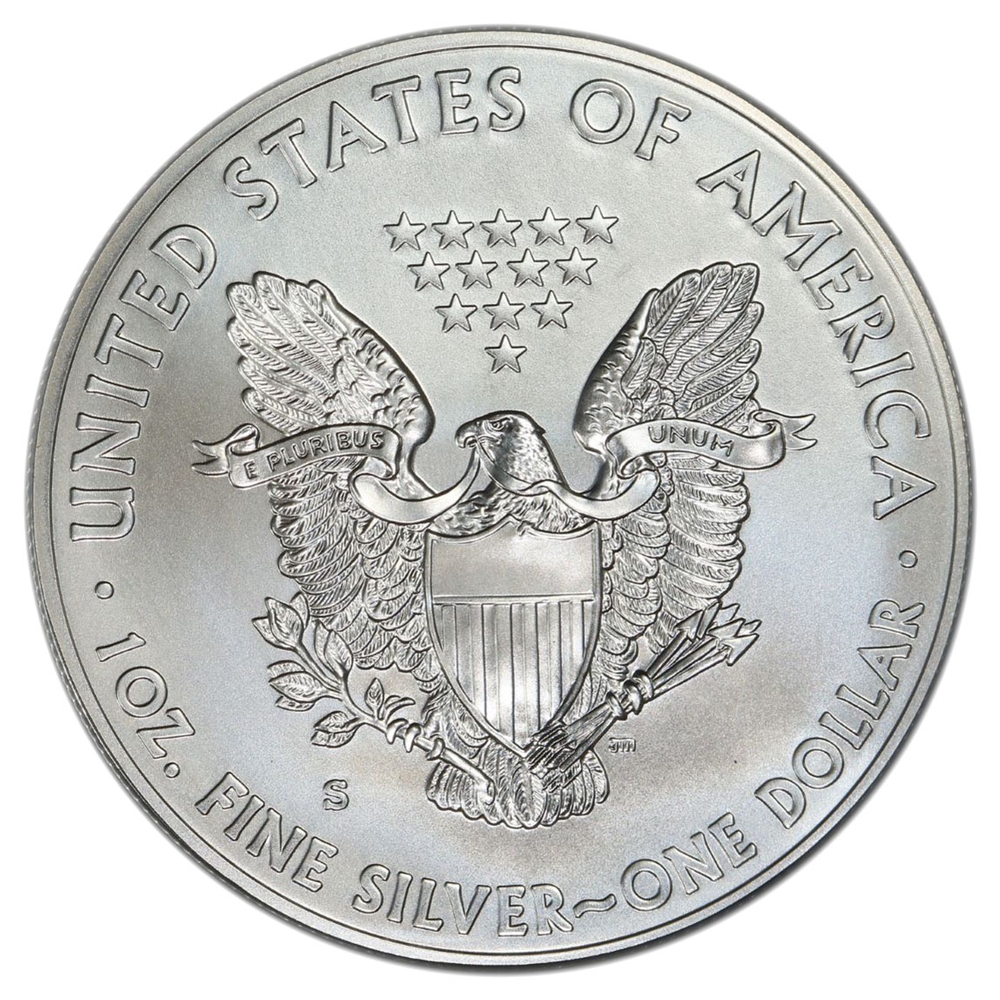 The American Silver Eagle coin was first issued in 1986 as part of the American Eagle Bullion Program. This program was authorized by U.S. Congress in 1985 to produce gold and silver bullion coins with their weight, content, and purity guaranteed by the U.S. Government.

The U.S. Mint offers Silver Eagles in three different versions. The first one is the regular silver bullion version of the coin which is available from authorized bullion dealers and coin dealers. The second version of the coin is the collectible proof version available each year, directly from the U.S. Mint. The most recent series is a burnished or uncirculated version of the silver Eagle. These Eagle Silver Bullion Coins have the W mint mark and all these silver coins are struck on specially burnished blanks.

Specifications of the American Silver Eagle coins have remained the same for the entire series:

American Eagle bullion coins are not sold directly to the public by U.S. Mint. Instead, the U.S. Mint sells the American Eagle coins through a network of authorized bullion distributers.

American Silver Eagles can be purchased through several options. Bulk purchases can be made by buying so-called Monster Boxes - green boxes which contain 25 tubes of 20 American Silver Eagle rolls. As a bulk method, this usually yields the lowest premium per coin. In a Mint-sealed box of 500 coins, 2011-dated Silver Eagles sell at a premium over spot of $3 each coin (but you should know that the lowest premium for silver bullion products is not for silver coins but for silver bullion bars, especially 1000 and 100-oz silver bars).