The walking liberty half dollar value ranges from $1 to $100,000 depending on the quality of the coin, which year it was minted in, which mint it was manufactured at, and its strike type. 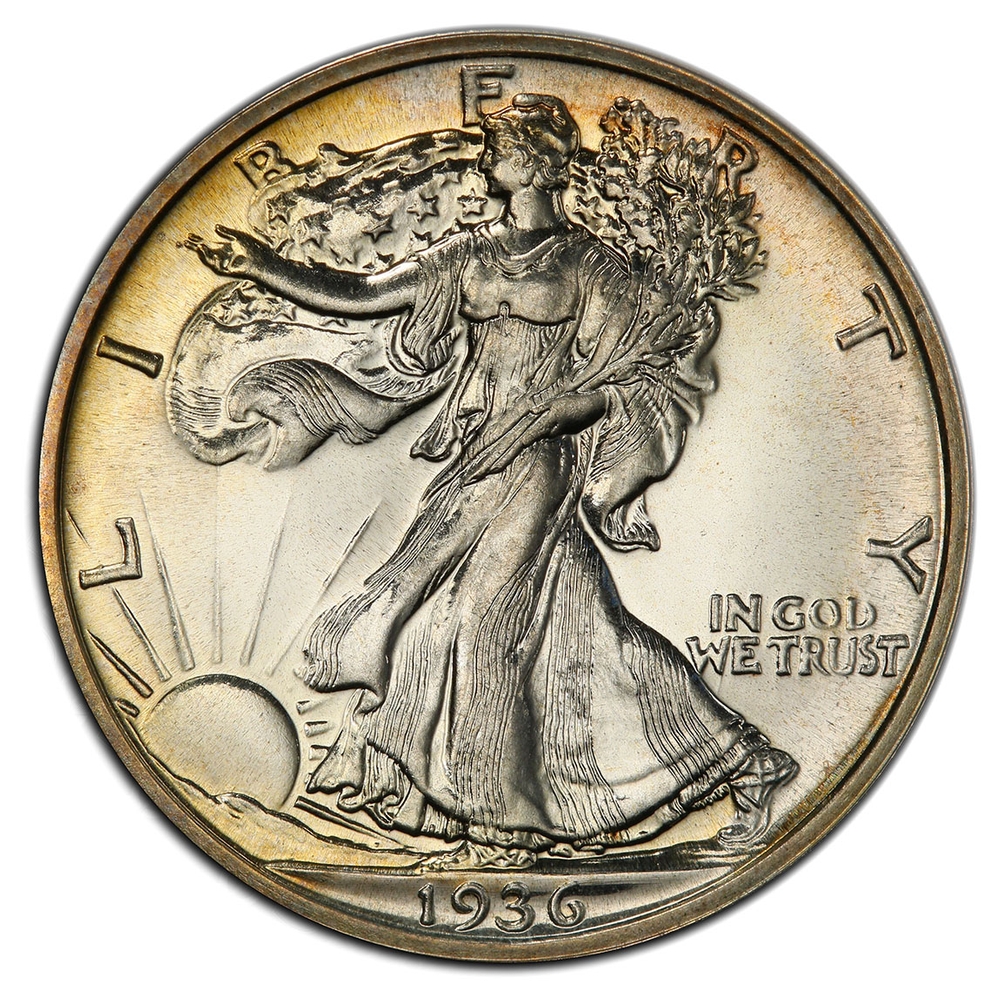 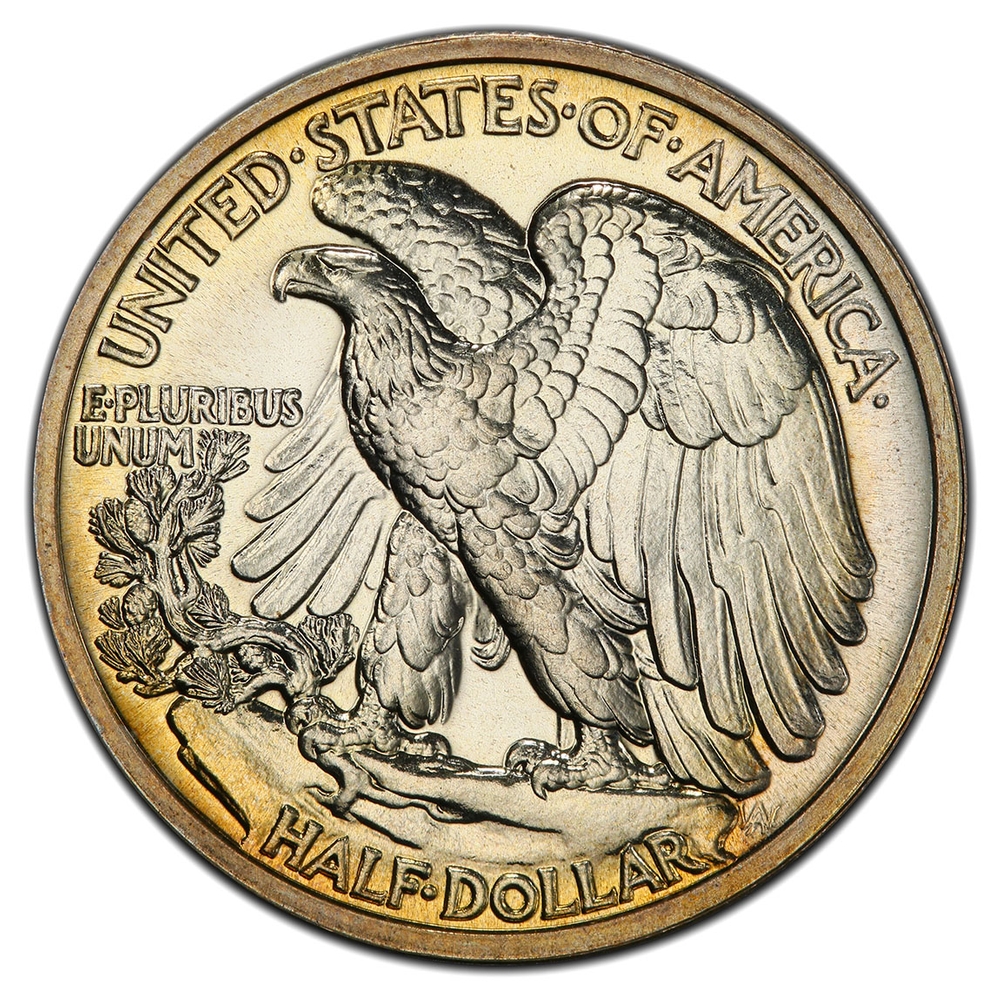 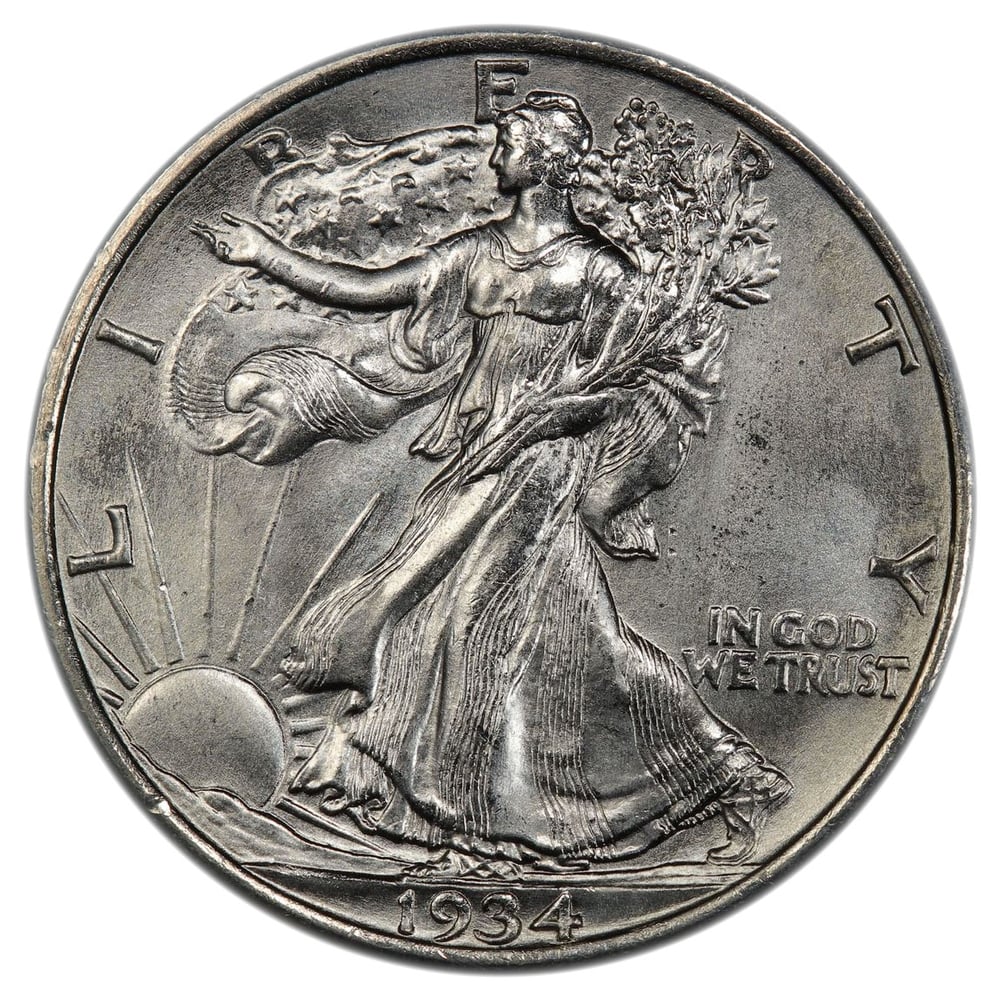 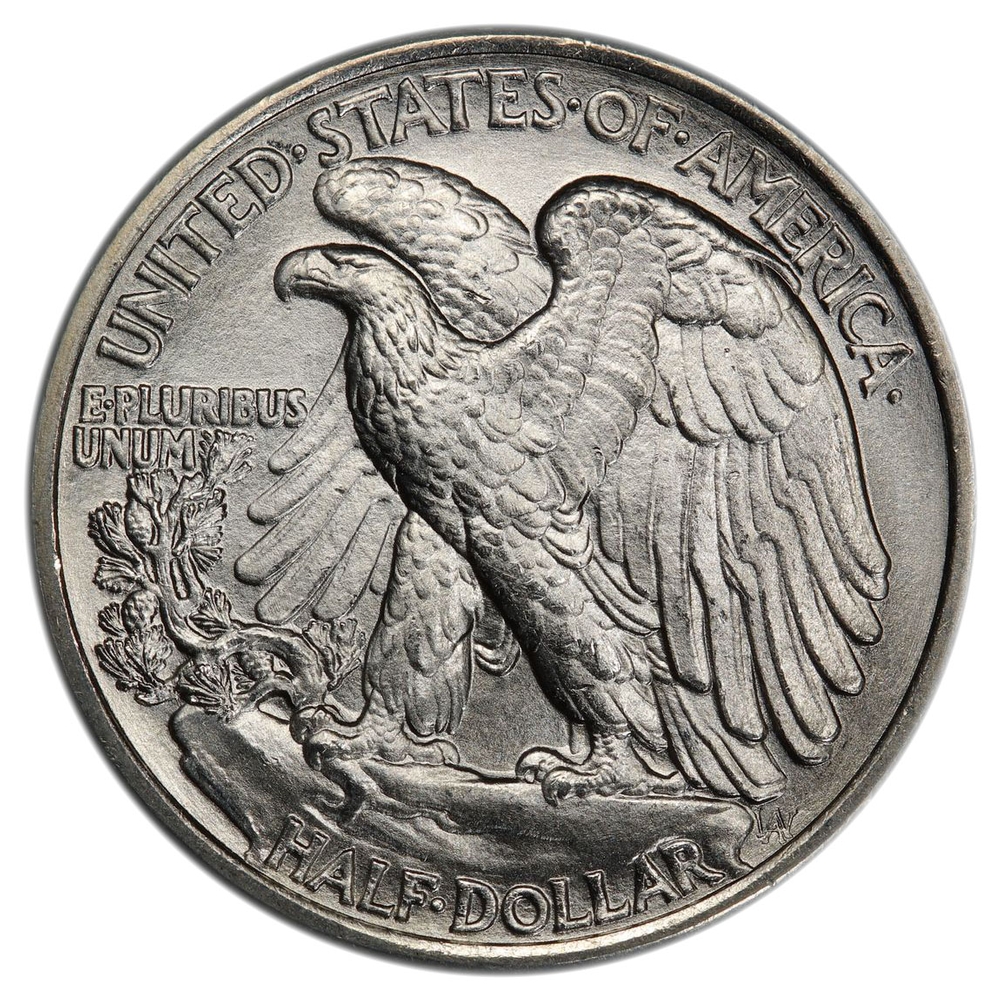 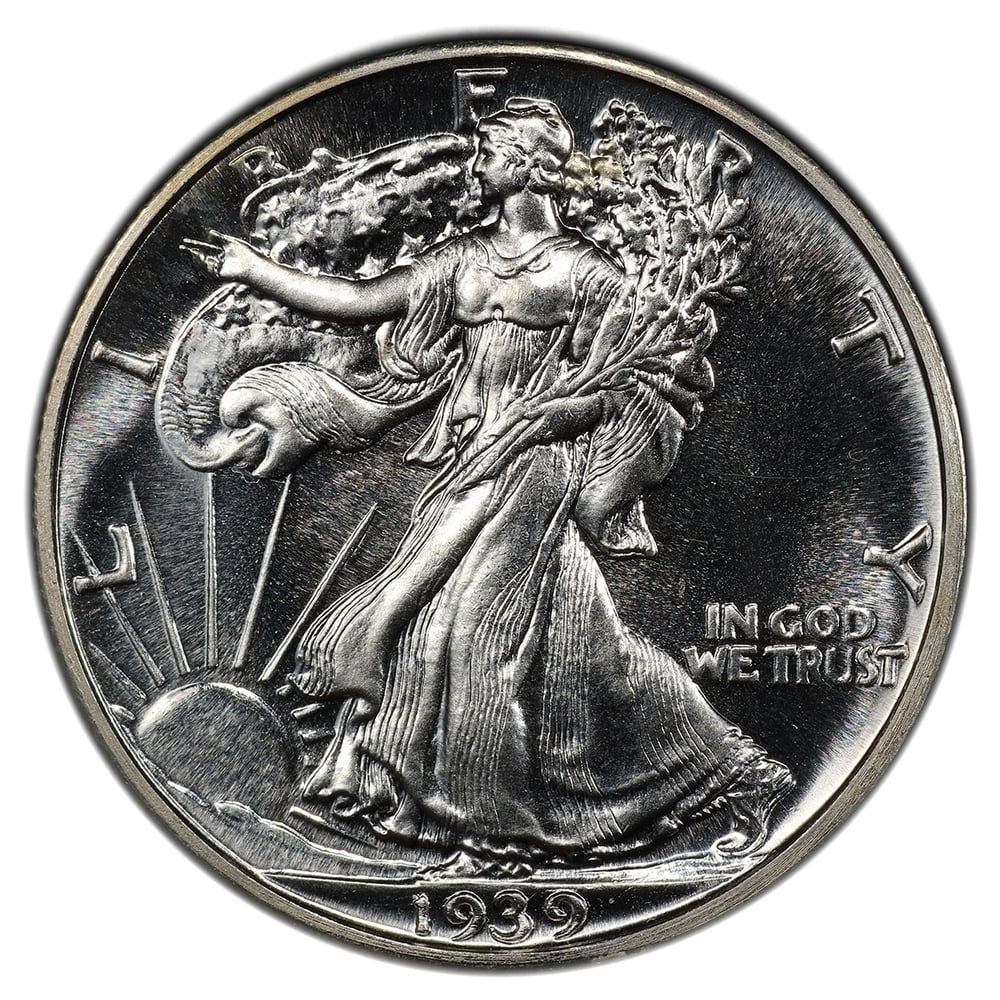 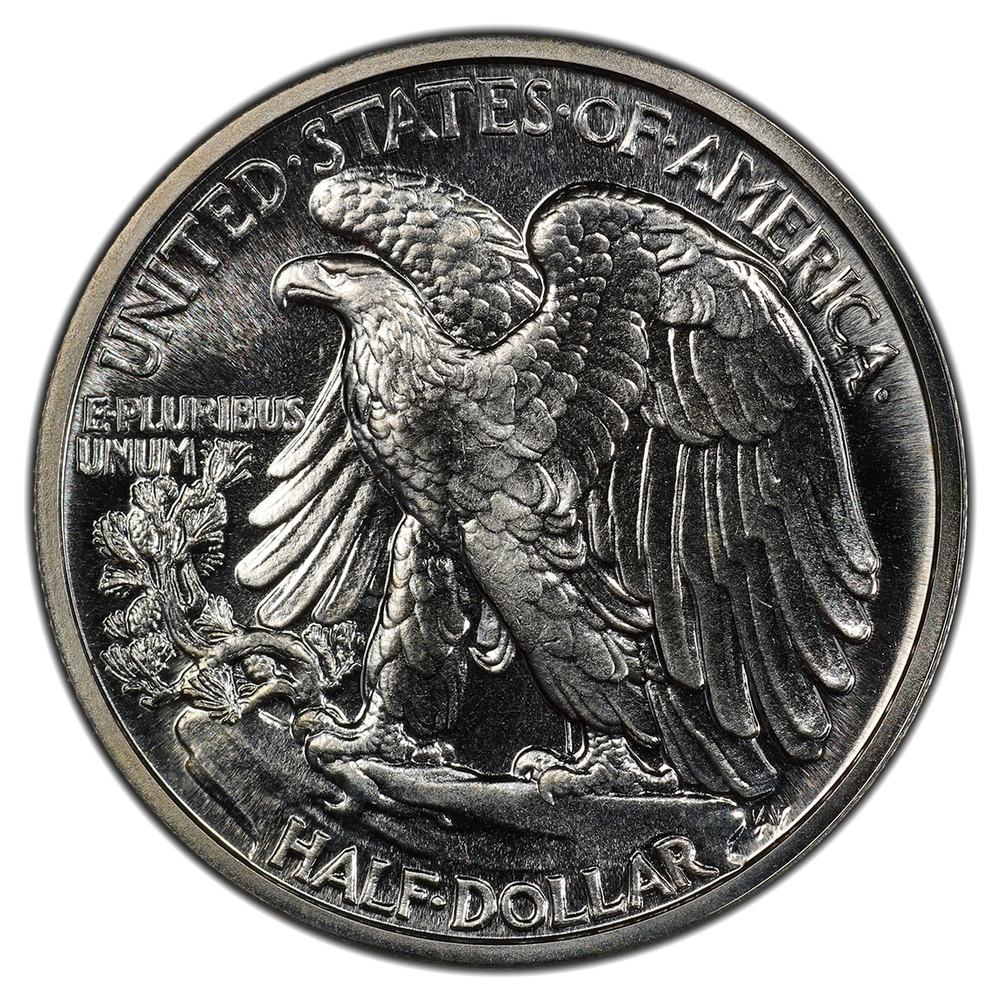 The Walking Liberty Half-Dollar was minted from 1916 through 1947. Many consider it to be one of the most beautiful motifs ever employed on a circulating coin and the design has long been a favorite of collectors. It is so popular that the obverse design has been employed on the Silver Eagle bullion coin.

The obverse depicts Miss Liberty walking toward the sun, striding eastward toward war-torn Europe, with a starry cape behind. With her right arm outstretched, she carries in her left arm a bundle of oak and laurel branches, said to be for military and civilian honors. LIBERTY is above, with IN GOD WE TRUST to the lower right and the date below.

The reverse shows an eagle facing left with wings outspread, perched on a rocky crag from which grows a pine branch, symbol of strength. UNITED STATES OF AMERICA is above, E PLURIBUS UNUM is to the left, and HALF DOLLAR is below.

Adolph A. Weinman provided the design in 1916 replacing the Barber design that had been in use since 1892.  It took seven revisions before the Weinman design could be used on the half dollar. This was due to the high relief in several places. A problem encountered throughout the series is the typical weak strike. The obverse facial details and hand holding a branch are typically weak. The hand is directly in line with the high points of the eagle's breast and left leg on the reverse, which is also typically either weakly struck or the first place to wear. There simply wasn't enough metal to properly fill those design elements.