The franklin half dollar value ranges from $1 to $100,000 depending on the quality of the coin, which year it was minted in, which mint it was manufactured at, and its strike type. 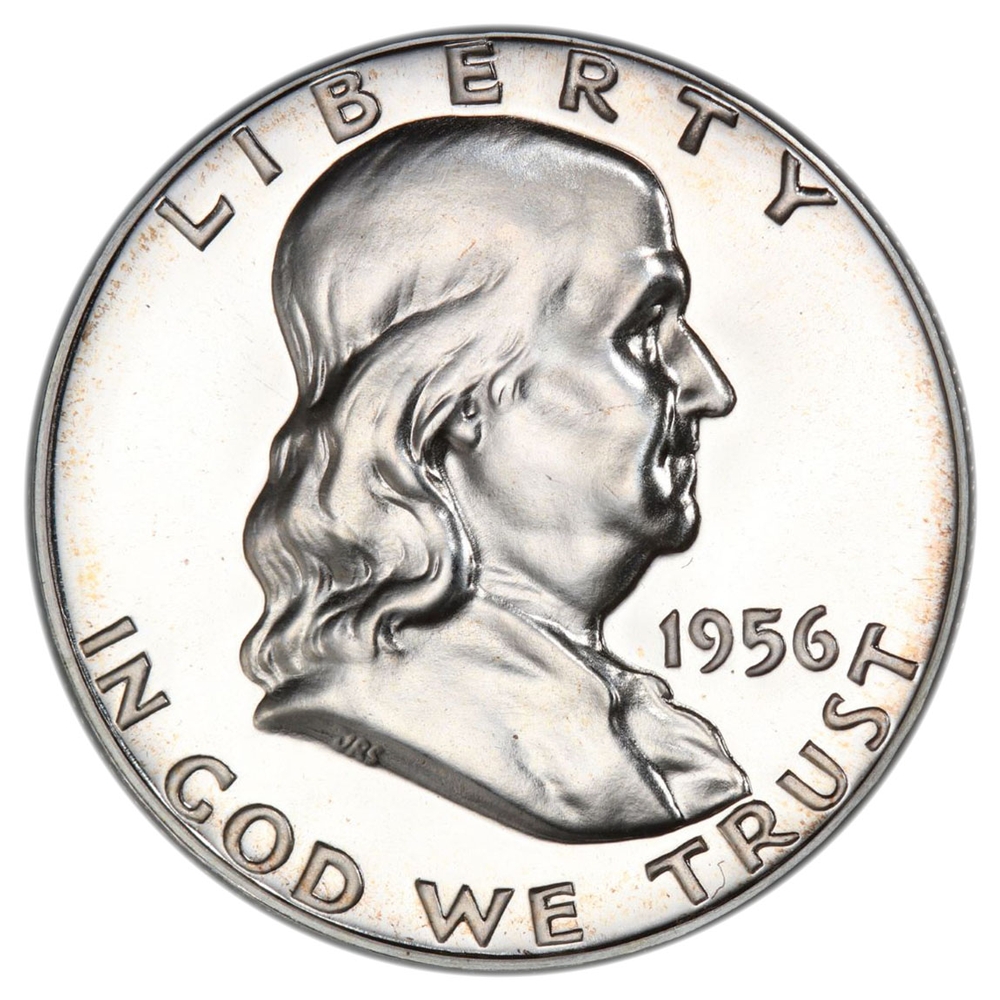 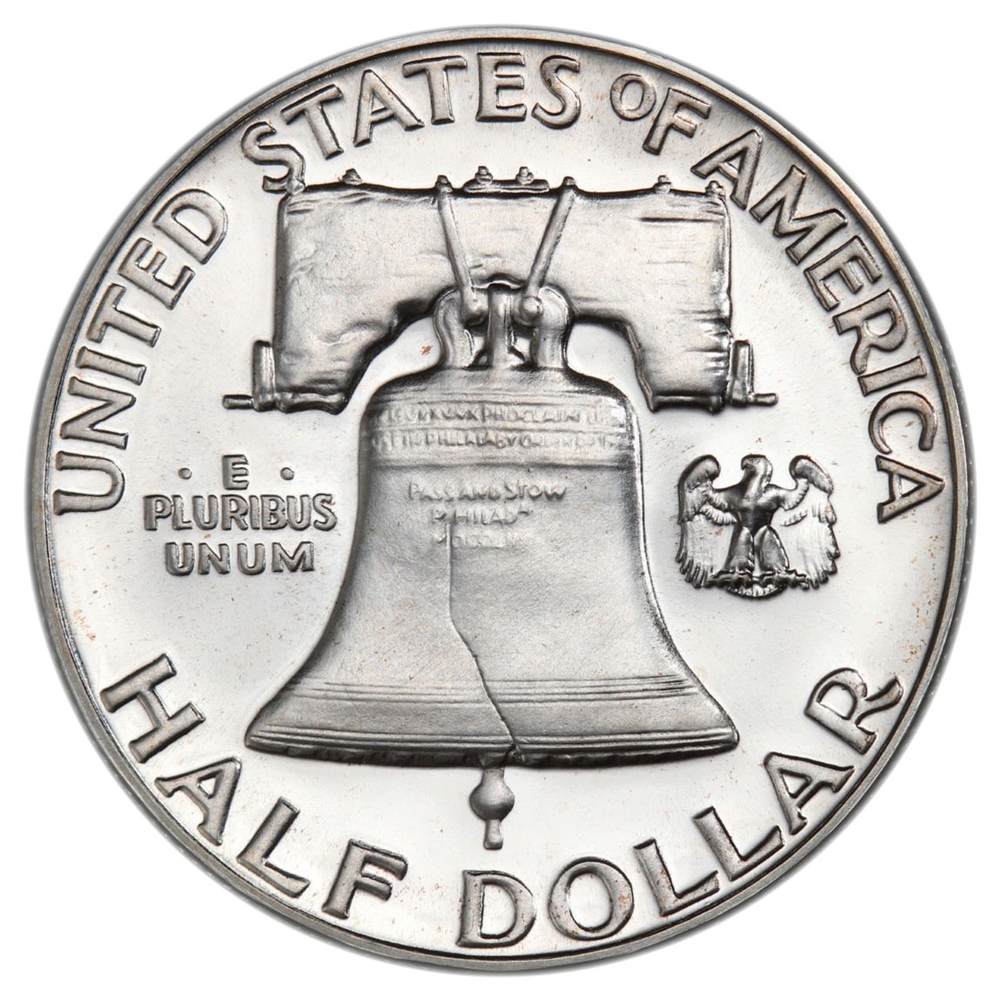 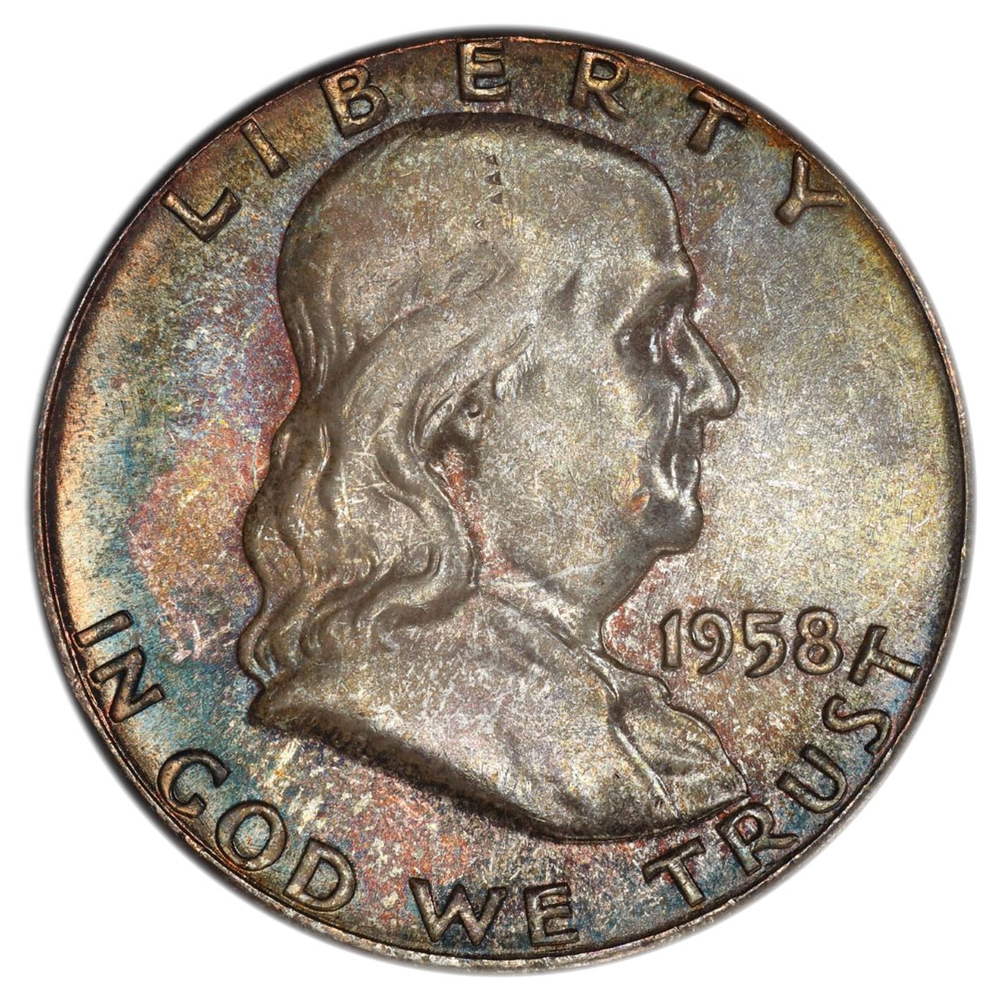 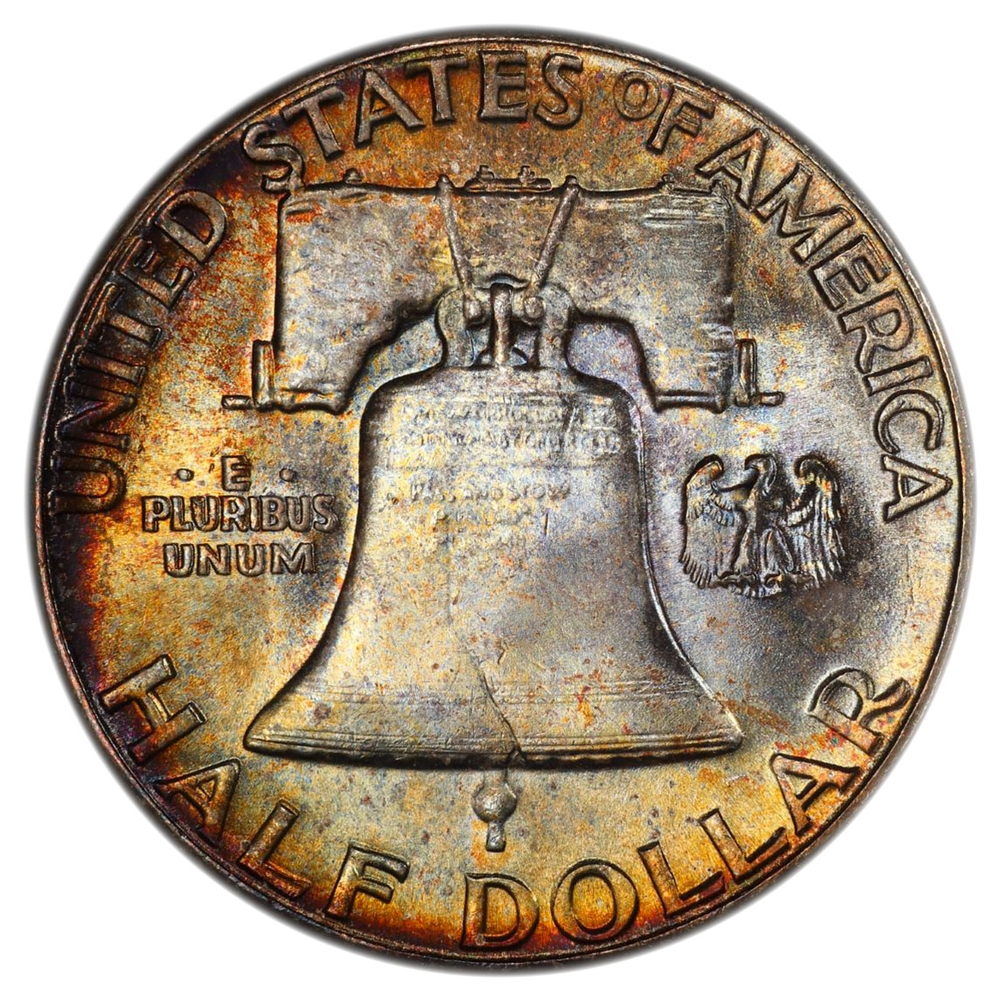 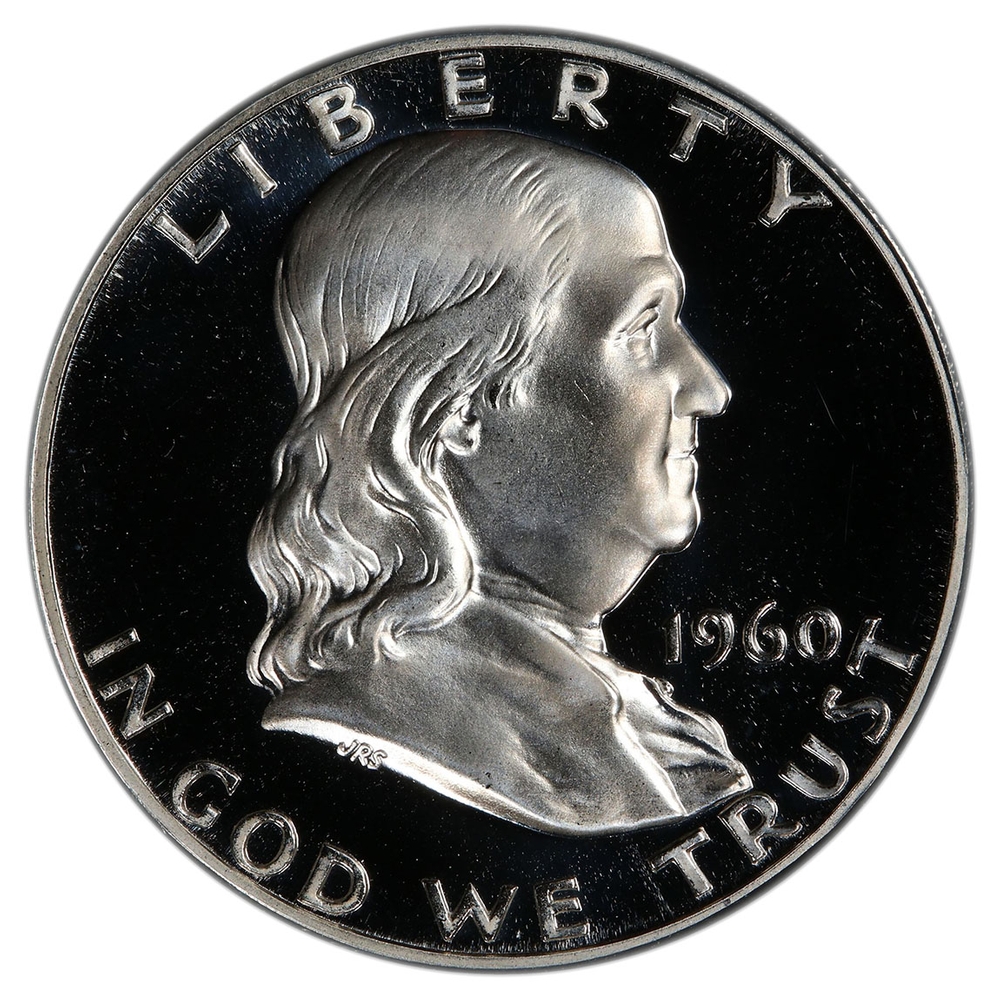 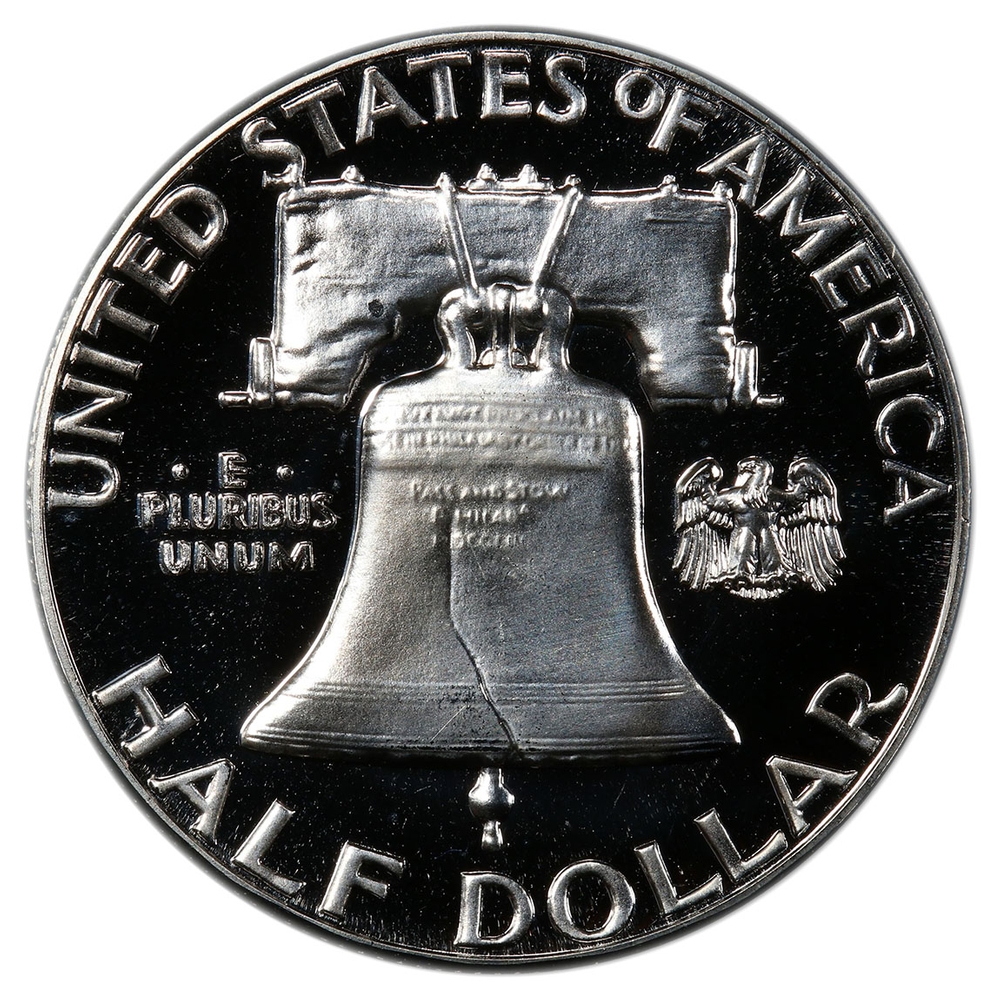 In 1948, an important change took place in U.S. coinage that marked the end of era that many regard as the golden age of U.S. coinage. The introduction of the Franklin half-dollar completed the conversion of U.S. coin designs from allegorical figures to portraits of famous Americans.

After seeing a U.S. Mint medal prepared in Franklin's honor in 1933 by the Mint's chief sculptor-engraver John R. Sinnock, Mint Director Nellie Tayloe Ross had contemplated a coin honoring Benjamin Franklin. Her choice of Ben Franklin as a U.S. coinage subject is understandable. Of all the Founding Fathers he enjoyed the greatest stature among his contemporaries, not only in this country but also abroad. As a diplomat he played a pivotal role in helping the colonies gain their independence by securing vital aid from France. He was justly renowned as a printer, publisher, author, inventor, and scientist. She showed her enthusiasm for the project by directing Sinnock to design a Franklin coin on a contingency basis.

Many people urged Ross to place Franklin's portrait on the cent because he was identified so closely with the maxim "A penny saved is two pence clear" (often misquoted as "A penny saved is a penny earned").  Ross explained her choice of the half dollar: "You will agree, I believe, that the fifty-cent piece, being larger and of silver, lends itself much better to the production of an impressive effect". This half dollar would be the only U.S. circulation coin to depict a person who never served as president of the United States until the introduction of the Susan B. Anthony dollar.

In 1948 John R. Sinnock, produced a new design for the half dollar, to replace the Liberty Walking motif.  It was modeled after a bust by 18th-century sculptor Jean-Antoine Houdon from life when Franklin was ambassador to France. It's bold and clean design contrasted sharply with the subtle, detailed depiction of Miss Liberty on the Walking Liberty coin it replaced. Many criticized the design because of it was rather plain in comparison to the "classic" Liberty Walking style, which had been in use since 1916.

The Franklin half dollar depicts a head and shoulders portrait of Franklin on the obverse, facing right, with LIBERTY above and IN GOD WE TRUST below. The date is to the right. Tucked below Franklin's shoulder are Sinnock's initials, JRS.

The Liberty Bell on the reverse made sense as a complement to Franklin, since both have become closely identified not only with the nation's birth but also with the city of Philadelphia. The reverse shows the Liberty Bell with UNITED STATES OF AMERICA above and HALF DOLLAR below. The motto E PLURIBUS UNUM is to the left while a small eagle is to the right. The eagle appearing to be flexing its muscles to the right of the Liberty Bell on the reverse is a focal point for many of the varieties of the Franklin half dollar.

It is believed that Sinnock modeled his version of the Liberty Bell on a sketch by artist John Frederick Lewis. In 1926 Sinnock apparently used the sketch in fashioning his design for the commemorative half dollar marking the sesquicentennial of U.S. independence. His Franklin half dollar reverse design was patterned, in turn, on that earlier work.

Gilroy Roberts, who completed work on the coin following Sinnock's death in 1947, added the eagle. This had been required by law on the half dollar since 1792 and was reaffirmed by the Coinage Act of 1873, which mandated the placement of an eagle on every U.S. silver coin larger than the dime.