The draped bust half dollar value ranges from $1 to $100,000 depending on the quality of the coin, which year it was minted in, which mint it was manufactured at, and its strike type. 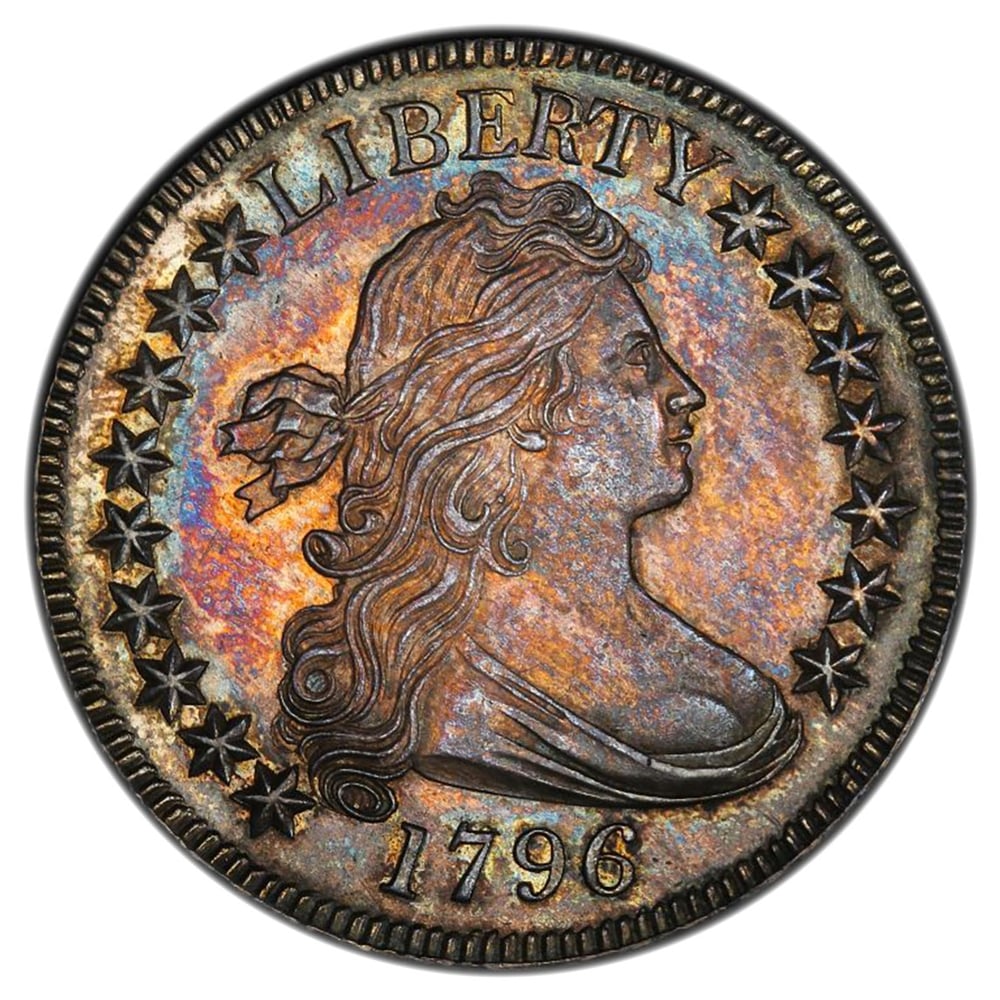 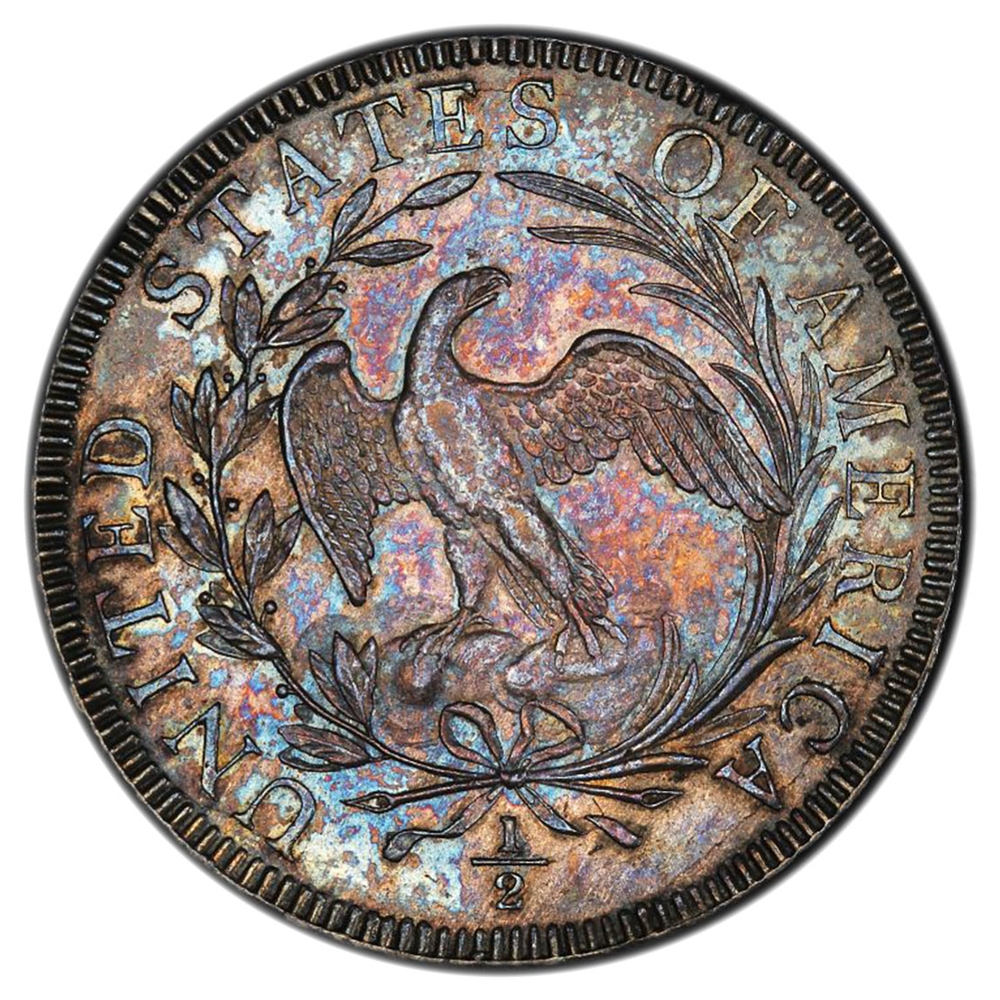 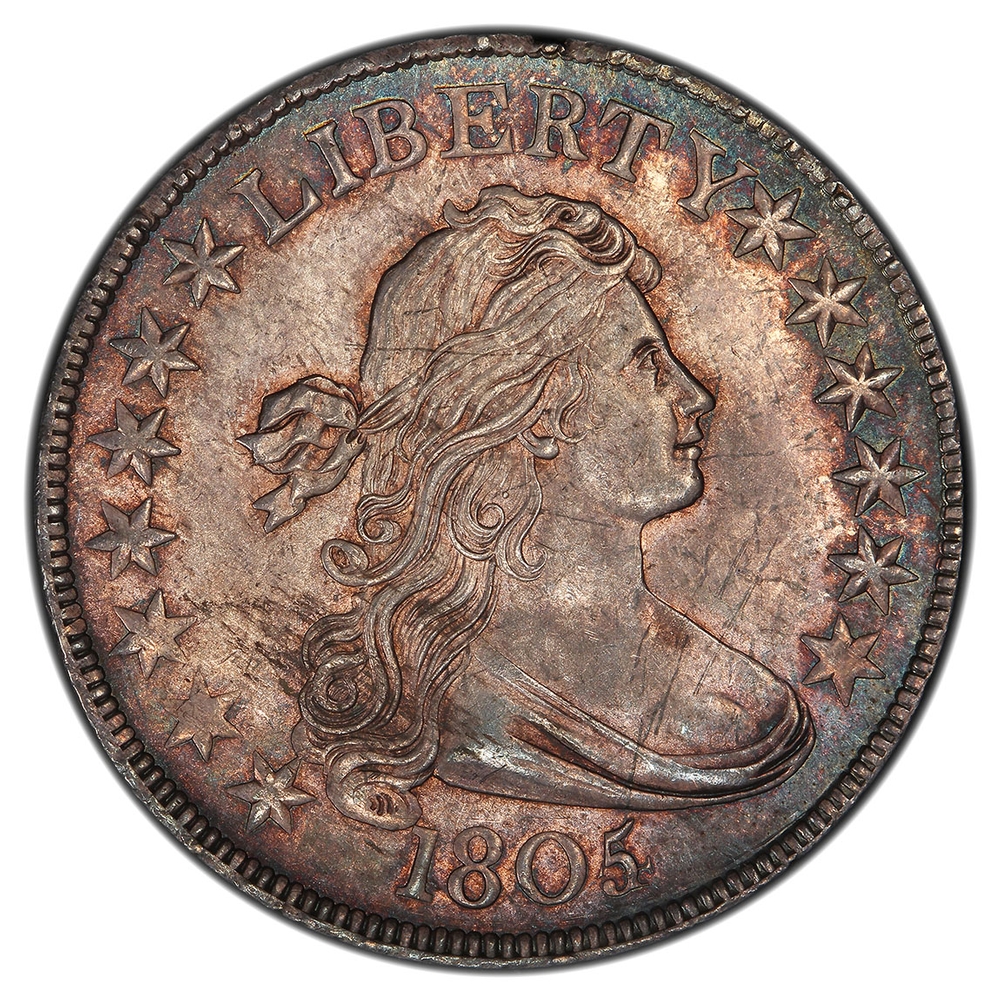 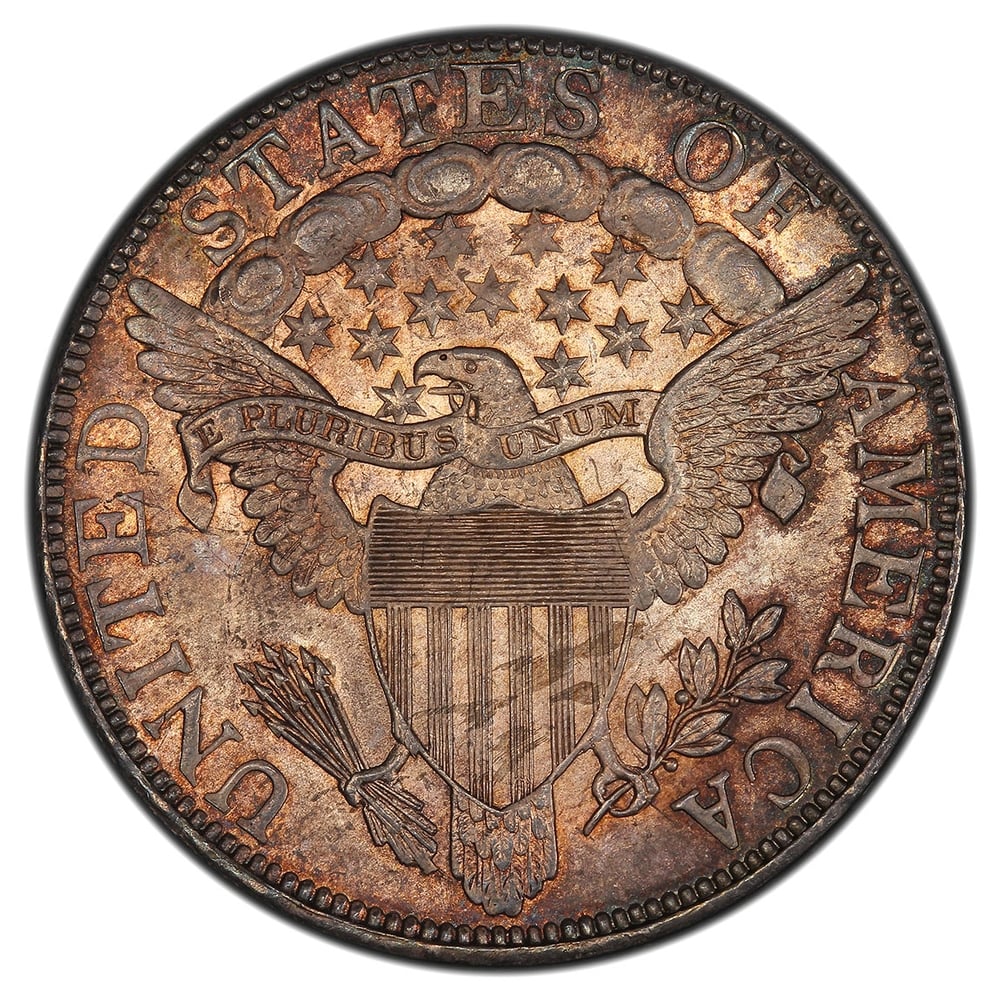 The Draped Bust Half Dollar is an important coin series which was struck and circulating during the early history of the United States of America. The design was first used for coins dated 1796, although these coins are not believed to have been delivered for circulation until 1797. Designed by Robert Scot and based on the work of Gilbert Stuart, the obverse features a portrait of Liberty with her hair lightly bound and falling behind her shoulders. Her bust which is partially visible within the portrait is draped, giving the coins their common name. The inscription LIBERTY appears above, the date below, and an arrangement of stars to each side.

For coins dated 1796 and 1797, the reverse design featured a small eagle within a wreath. This is the same design used on the previous type with some slight modification. The denomination is expressed as the fraction "1/2" below the wreath.

After a brief pause in production, coins were minted in 1801 until the end of the series with a new reverse design featuring the heraldic eagle. The eagle appears behind a shield with arrows and an olive branch grasped in its talons. A ribbon in the eagle's beak includes the words E PLURIBUS UNUM. An arrangement of thirteen stars and clouds appear above with the inscription UNITED STATES OF AMERICA surrounding.

The initial design with the small eagle represents an important and rare type coin with just 3,918 minted across both dates. The later heraldic eagle type is generally more available with higher mintages, although most dates are scarce in uncirculated grades.