The capped bust reeded edge half dollar value ranges from $1 to $100,000 depending on the quality of the coin, which year it was minted in, which mint it was manufactured at, and its strike type. 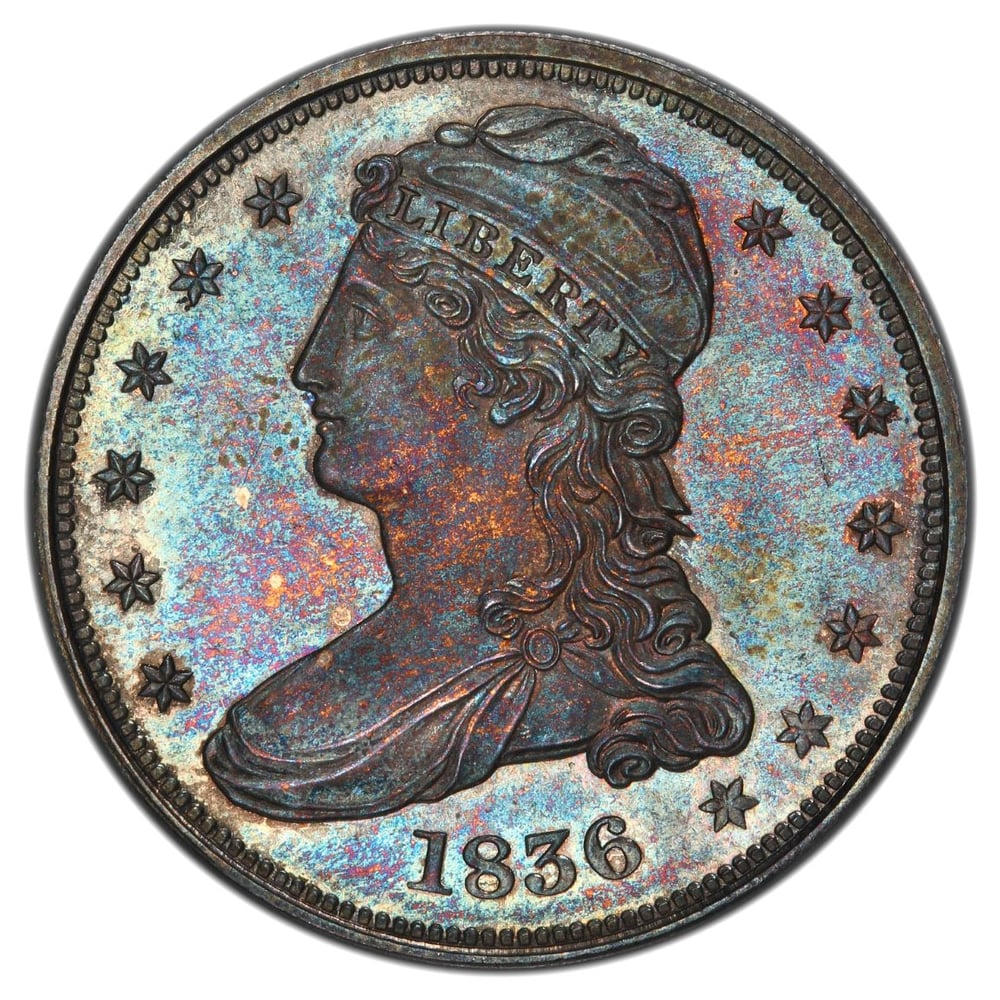 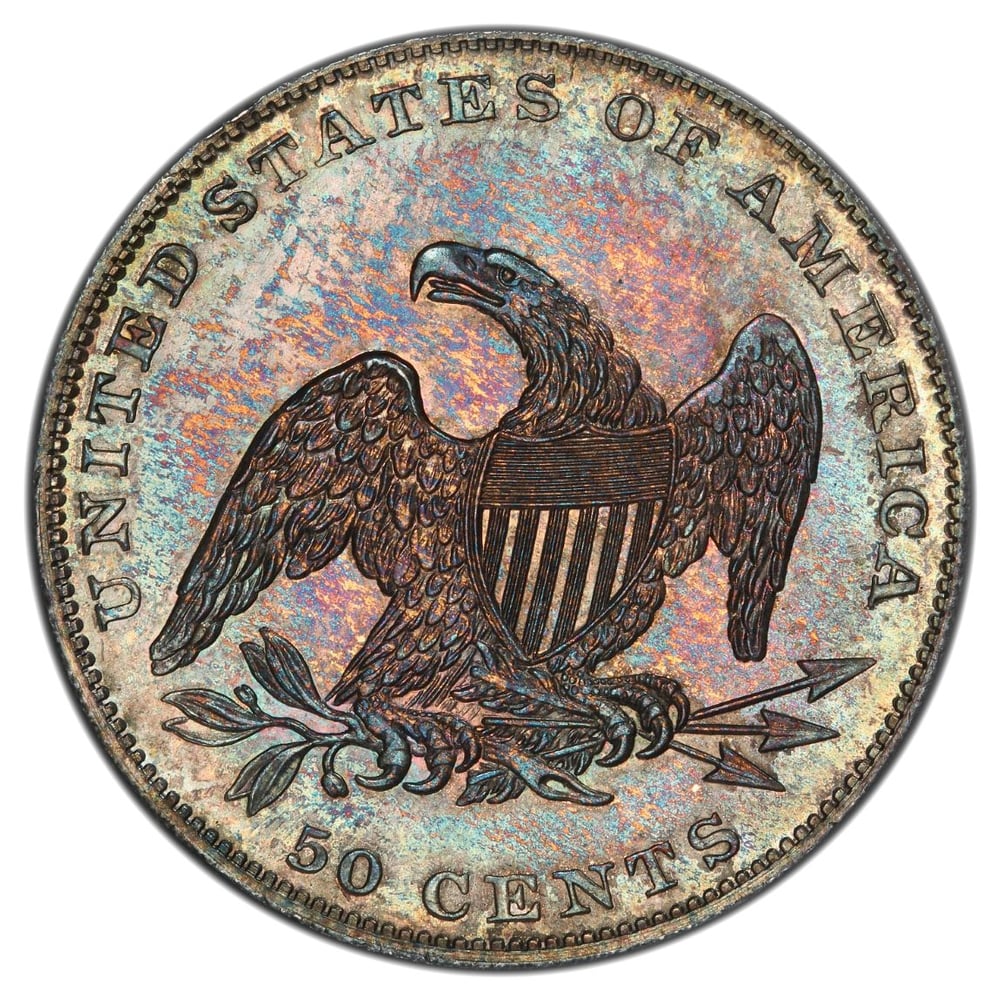 The design for the Capped Bust Half Dollar would undergo modification by Christian Gobrecht, Although there were obvious modifications to both the obverse and reverse designs, the type is primarily identified by the reeded edge. These coins were issued from 1836 to 1839 before being replaced by the new Liberty Seated design.

Christian Gobrecht would become the third Chief Engraver of the United States Mint. Prior to this appointment, he had provided dies and performed other work for the early Mint. One of these tasks included the design modification to the half dollar.

In late 1836, the Mint adopted new technology and new specifications for circulating coinage. The start of production was marked by Gobrecht's modified designs. On the obverse, the face of Liberty and style of the stars was visibly altered. On the reverse, the scroll previously above the eagle was removed, changes were made to the olive branch and arrows, and the denomination was changed to "50 CENTS" and then "HALF DOL." Rather than having a lettered edge, the edge was now reeded.

Production began with a steam powered press and closed collar in late 1836. The composition for these pieces was 90% silver and 10% copper. The standard weight was 13.36 grams and the diameter was 30 mm.

For the first year of the new specifications, only 1,200 pieces were struck. This was followed by higher mintages for the final years of the series and the start of production for the denomination at the New Orleans Mint.

List of Capped Bust Reeded Edge Half Dollars by Year