The capped bust lettered edge half dollar value ranges from $1 to $100,000 depending on the quality of the coin, which year it was minted in, which mint it was manufactured at, and its strike type. 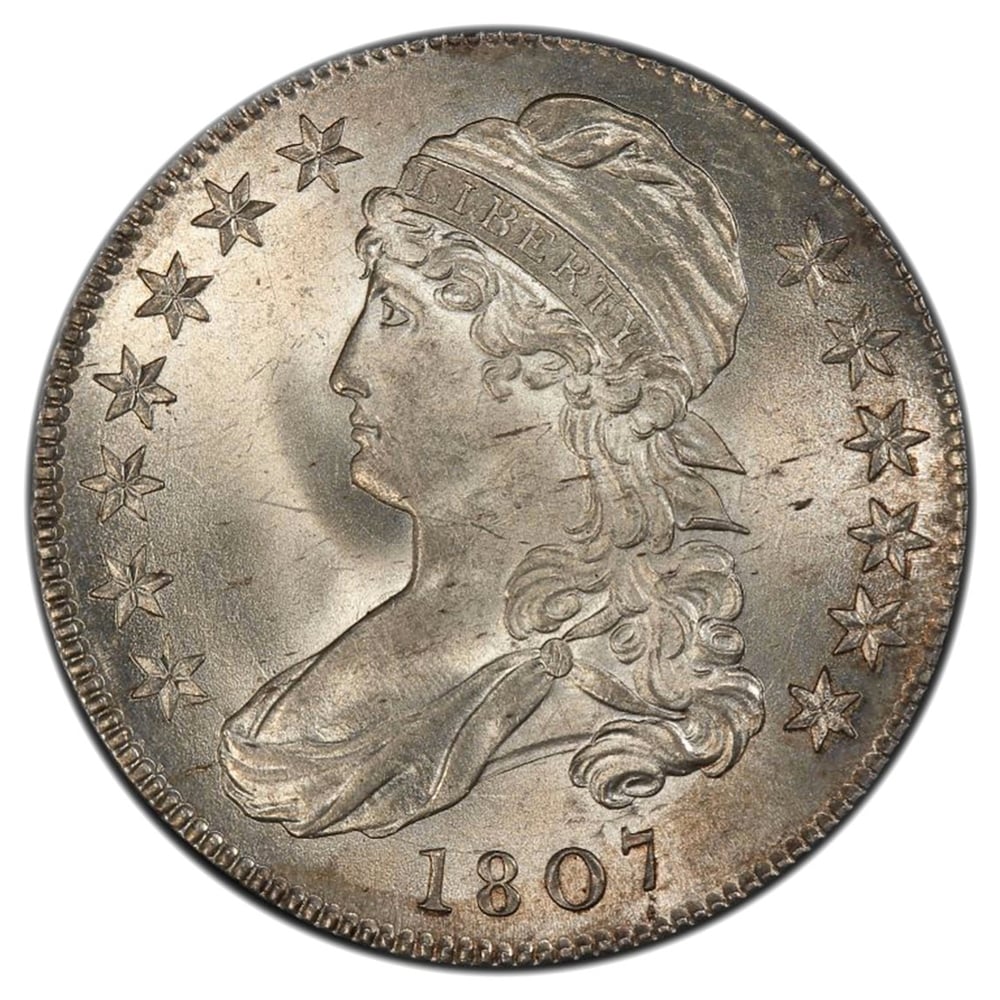 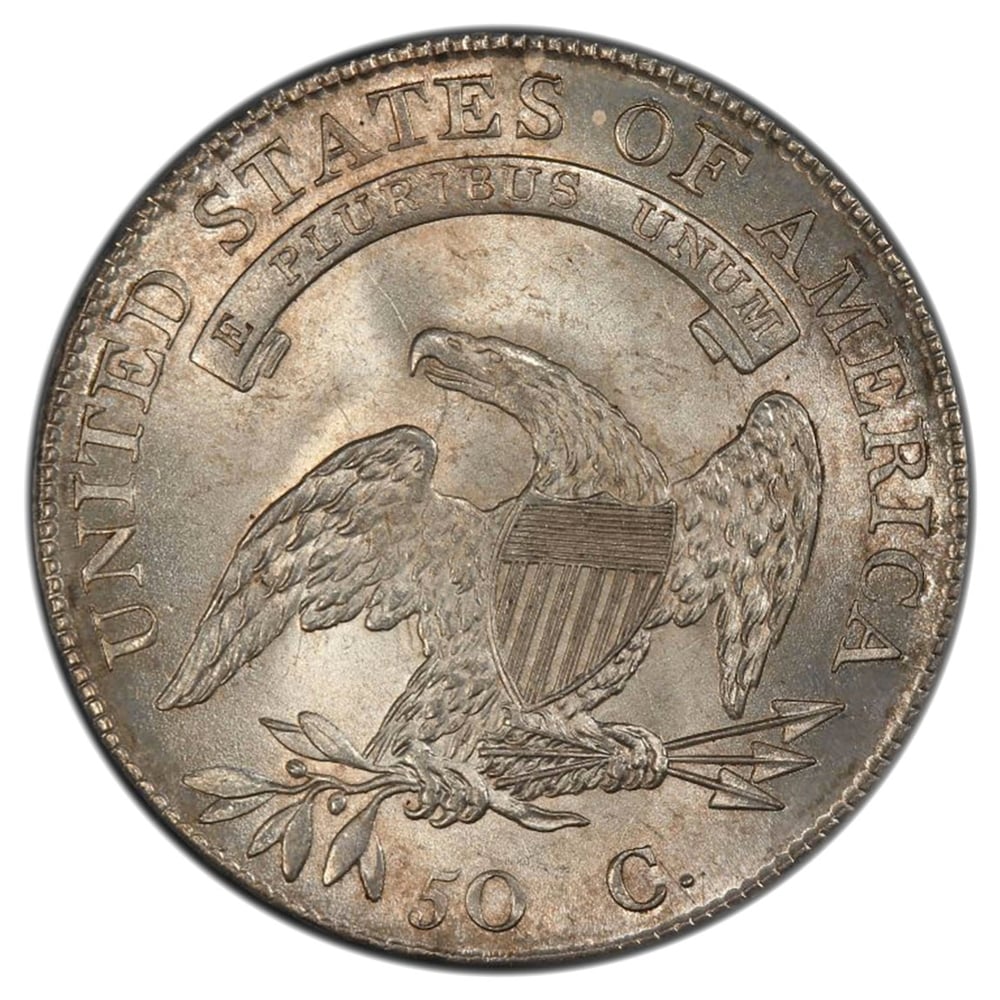 The original Capped Bust Half Dollars were designed by John Reich and noted by their lettered edge. This portion of the series was struck from the years 1807 to 1836. The design would eventually be used in modified format for a few additional years before being replaced.

John Reich was recommended by President Thomas Jefferson to be hired as an engraver at the United States Mint. He eventually took the position in 1807 and was immediately given the task of redesigning the half dollar and half eagle, the two most prominent denominations in circulation.

His design featuring the bust of Liberty wearing a cap would be one of the most enduring in the history of U.S. coinage. The reverse design with a heraldic eagle would continue to be used for silver coinage for decades to come, even after the obverse design was replaced.

The Capped Bust Lettered Edge Half Dollars had a weight of 13.48 grams and diameter of 32.5 mm. In accordance with the legislation in effect at the time, the composition was 89.24% silver and 10.76% copper. The lettered edge of the coins read "FIFTY CENTS OR HALF A DOLLAR".

List of Capped Bust Lettered Edge Half Dollars by Year