The shield nickels value ranges from $1 to $100,000 depending on the quality of the coin, which year it was minted in, which mint it was manufactured at, and its strike type. 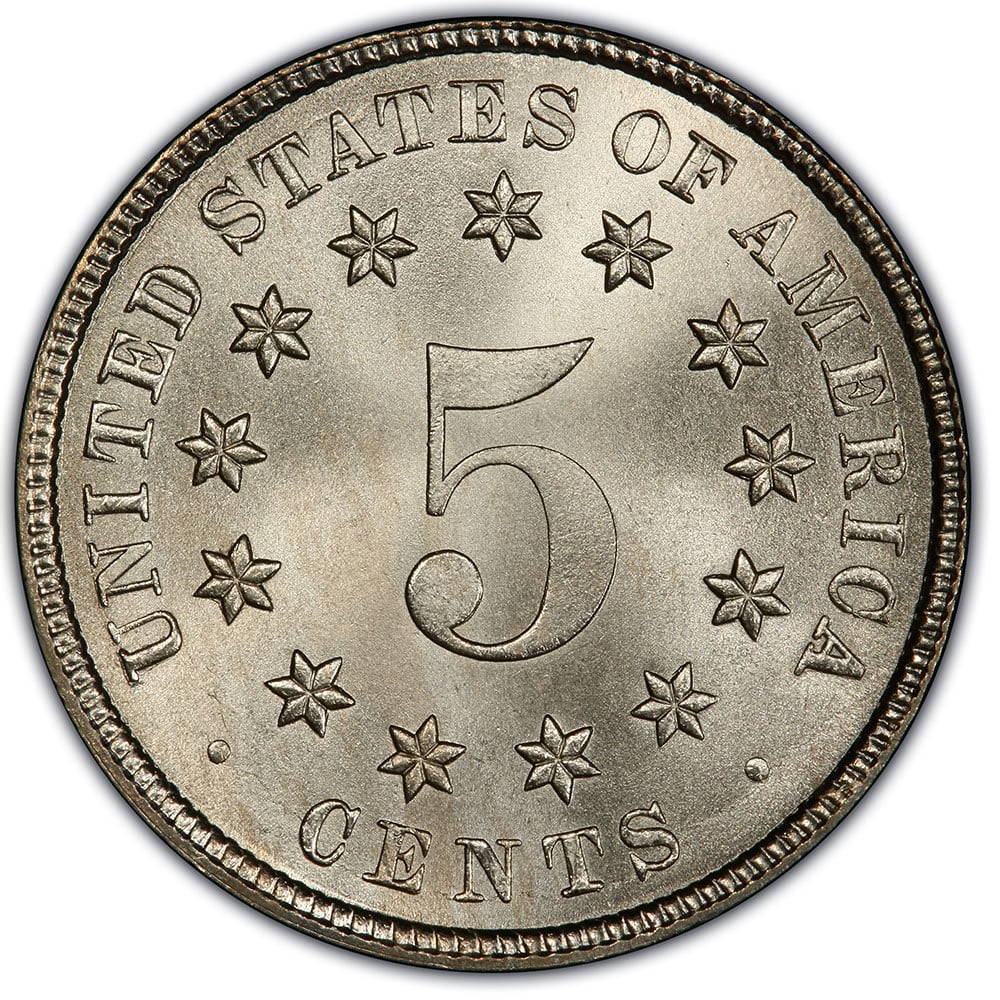 The Shield Nickel was introduced in 1866 as the first five cent denomination struck in a composition of copper and nickel. Prior to this, the half dime served as the denomination and was struck in 90% silver. The switch was necessitated by the need for small change following the Civil War.

Designed by James B. Longacre, the obverse of the coin features a large shield at center with leaves and berries dangling from each side.There is a cross at the top of the shield and a pair of arrows near the lower portion. The motto "In God We Trust" appears above.

The reverse design contains the large number "5" at the center. There was initially a pattern of stars and rays surrounding, but the rays were removed during the second year of production. Inscriptions include "United States of America" and "Cents".

The series was produced between the years 1866 to 1883 inclusive. During this period, there were several issues with significantly low mintages, culminating with the 1880 Shield Nickel, which had just 16,000 pieces struck at the Philadelphia Mint. There were also two proof only issues which occurred in 1877 and 1878.