The liberty head nickel value ranges from $1 to $100,000 depending on the quality of the coin, which year it was minted in, which mint it was manufactured at, and its strike type. 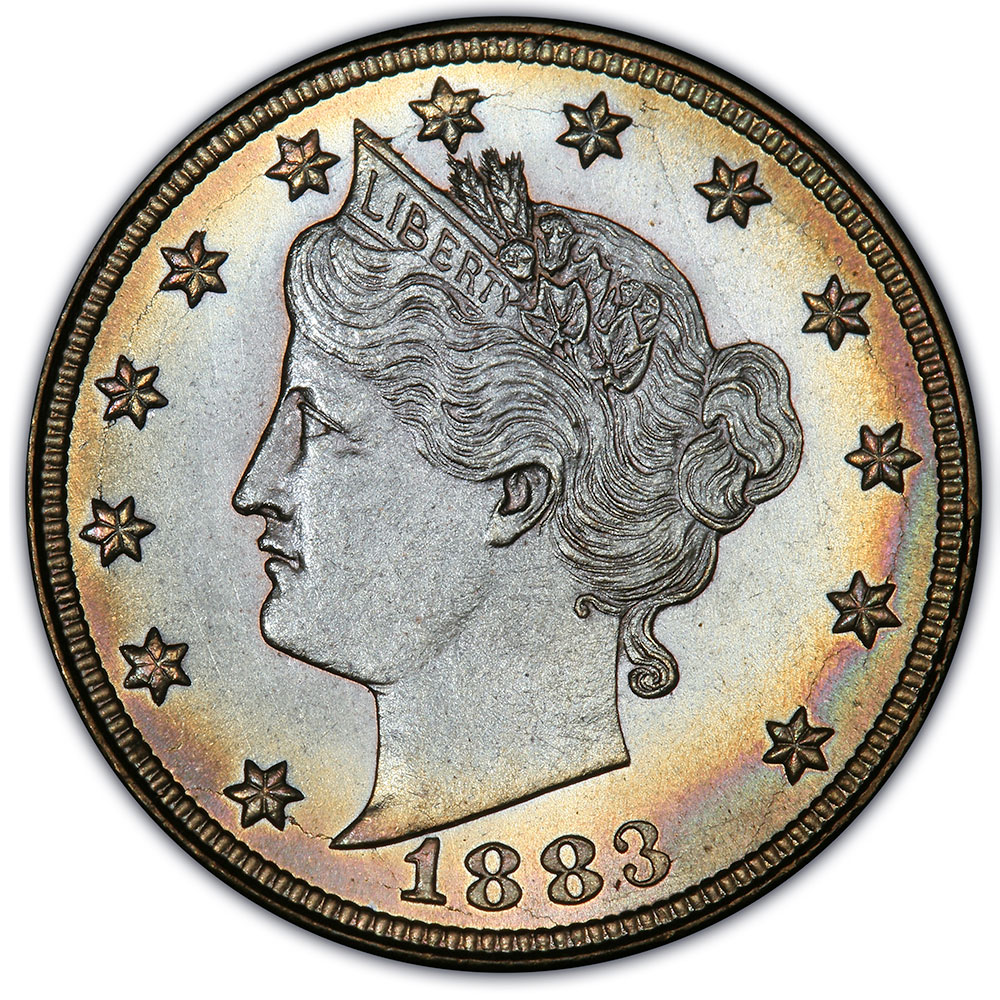 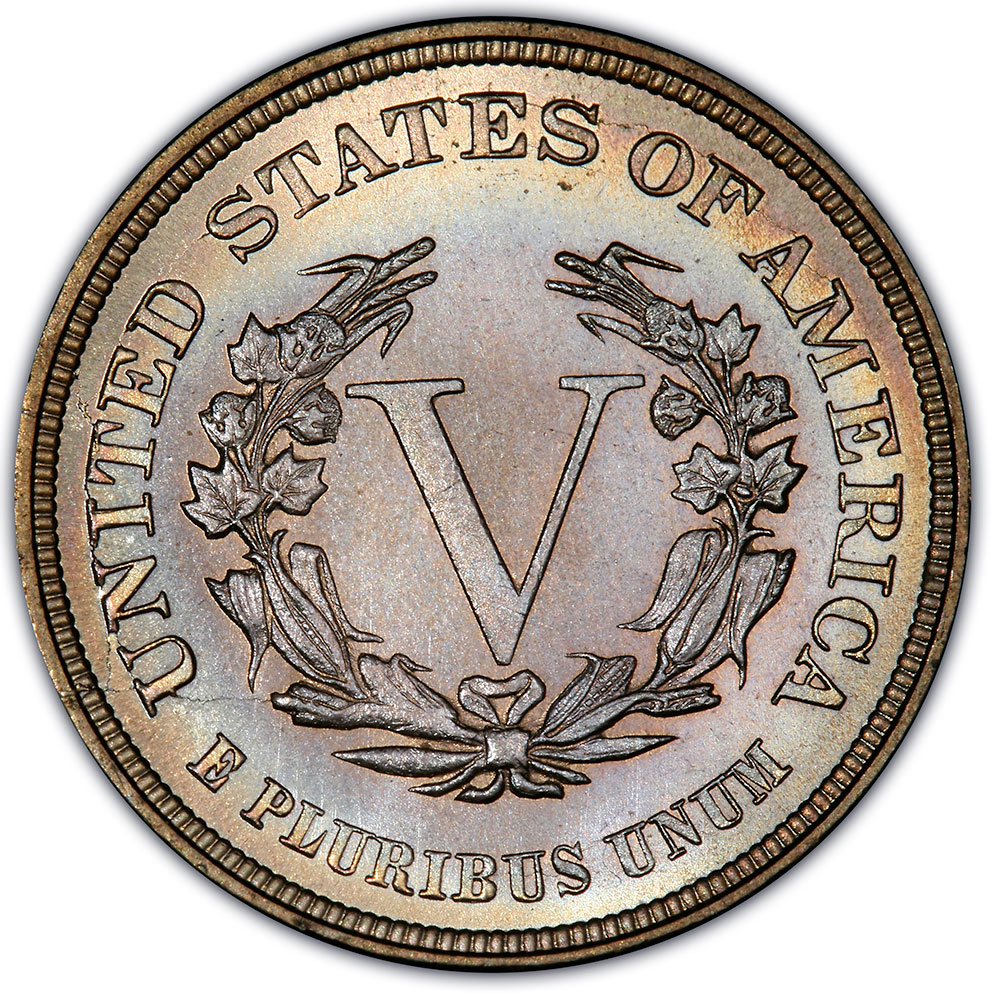 In 1881, Chief Engraver Charles E. Barber was asked to prepare patterns for 1-cent, 3-cent and 5-cent coins with a common obverse motif of a classic head of Liberty, with legend and date. The reverse was to carry a wreath of corn, wheat and cotton framing the denomination reflected in Roman numerals.

Out of that exercise and with few modifications came the design for what would become the Liberty Head 5-cent coin, also known as the V nickel. The pattern 1-cent and 3-cent pieces were scrapped as being too difficult to coin.

Barber's adopted design carried a rendition of Liberty based on a Greco-Roman marble sculpture. Liberty faces left wearing a coronet with liberty engraved on it, wheatears and cotton boughs tucked behind.

The design was modified to include 13 six-pointed stars on the obverse, and the legend moved to the reverse. The motto e pluribus Unum was placed in small capital letters in an arc below the wreath-circled Roman numeral V for five. But there was no identifiable designation for the denomination. The Liberty Head 5-cent coin soon encountered a unique dilemma.

Because it resembled the $5 gold coin and did not include a definitive denomination clear to the general public, unscrupulous individuals gold-plated the new 75 percent copper, 25 percent nickel coins and even reeded the edge of a few of them before passing them off to merchants at 100 times their actual face value. These surreptitious pieces quickly became known as "racketeer nickels."

To repair the damage caused by the confusion, Snowden ordered Barber to modify the design. The motto was moved above the wreath on the reverse and the denomination cents added below the wreath and Roman numeral V.

More than 5 million of the No cents variety was made before production was stopped to strike the modified design. The public hoarded the coins, which are more affordable than their With cents counterparts.

More than 16 million of the With cents variety were struck, but the coins made their way extensively through commerce and are rather scarce today.

THE PROOF 1913 Liberty Head 5-cent coin is an unauthorized issue of which only 5 pieces are known (some research suggests only four). The Reed Hawn specimen, above, was sold by Stack's in 1993 for a record $962,500