The silver three cent coin value ranges from $1 to $100,000 depending on the quality of the coin, which year it was minted in, which mint it was manufactured at, and its strike type. 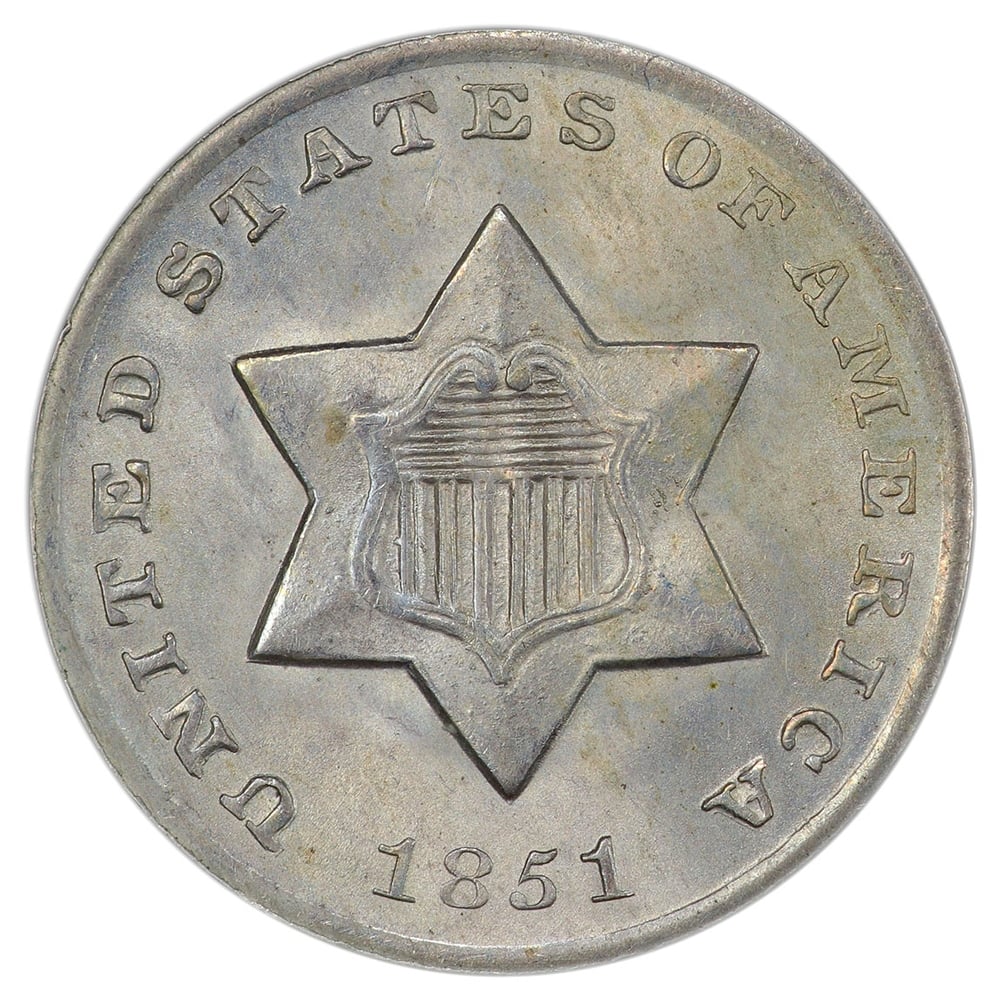 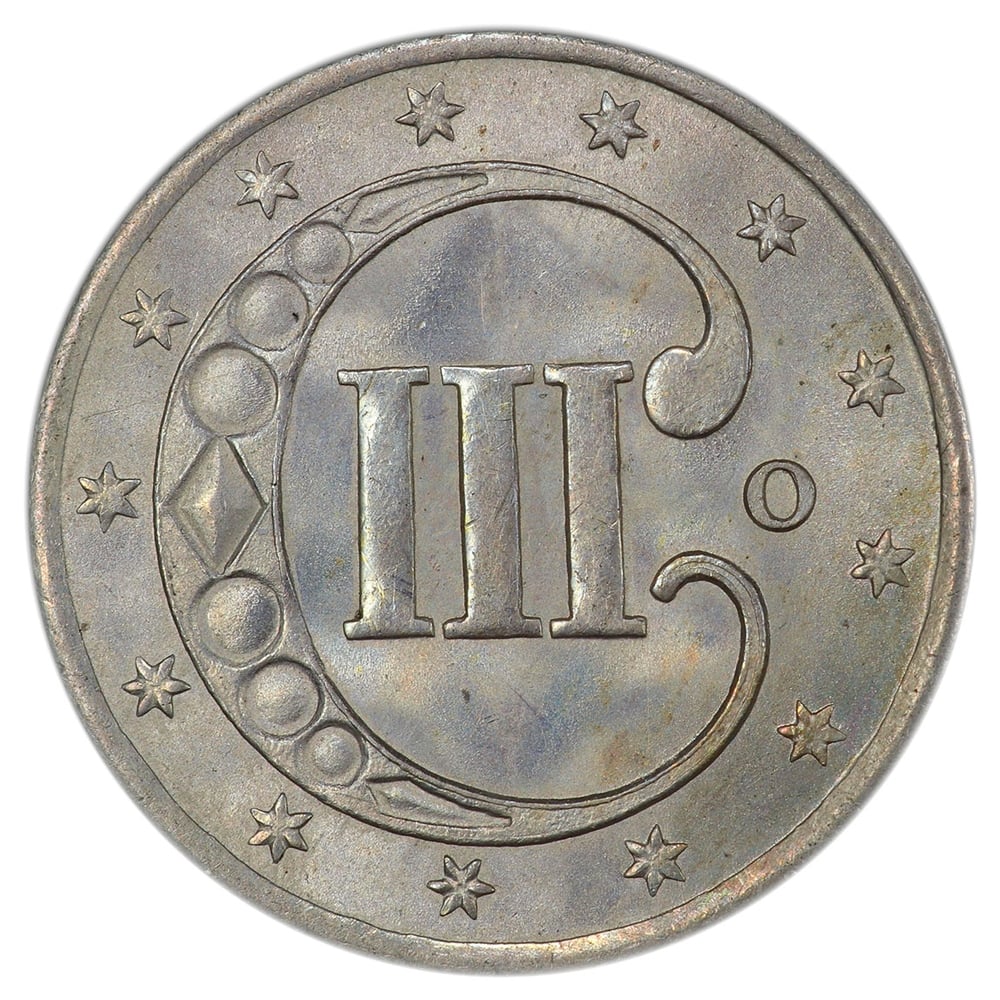 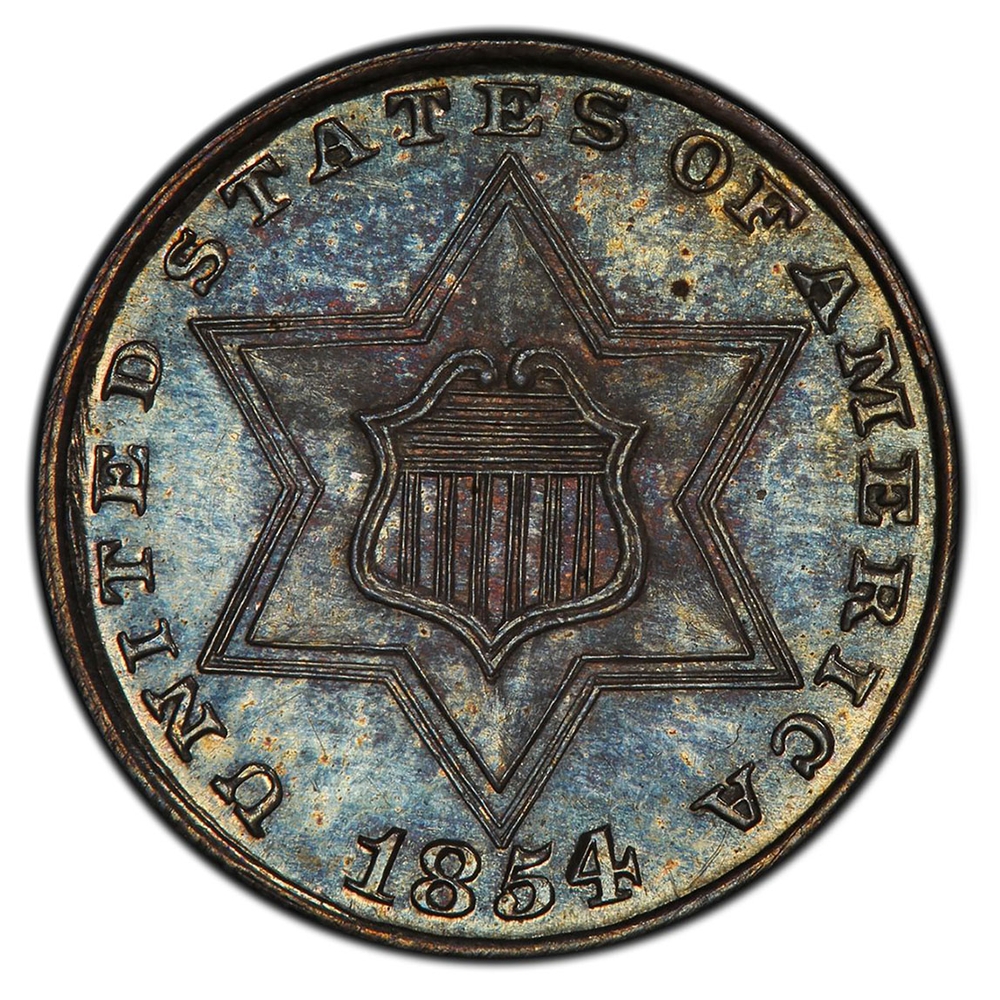 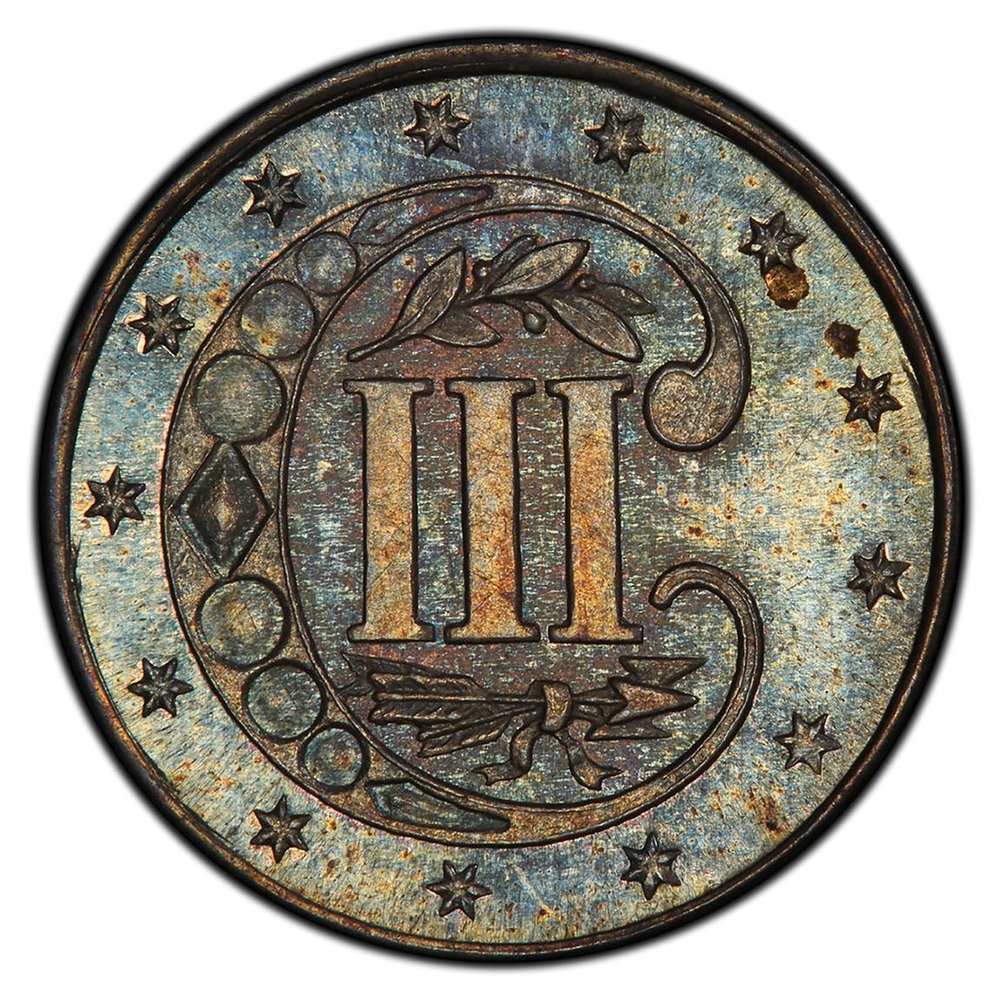 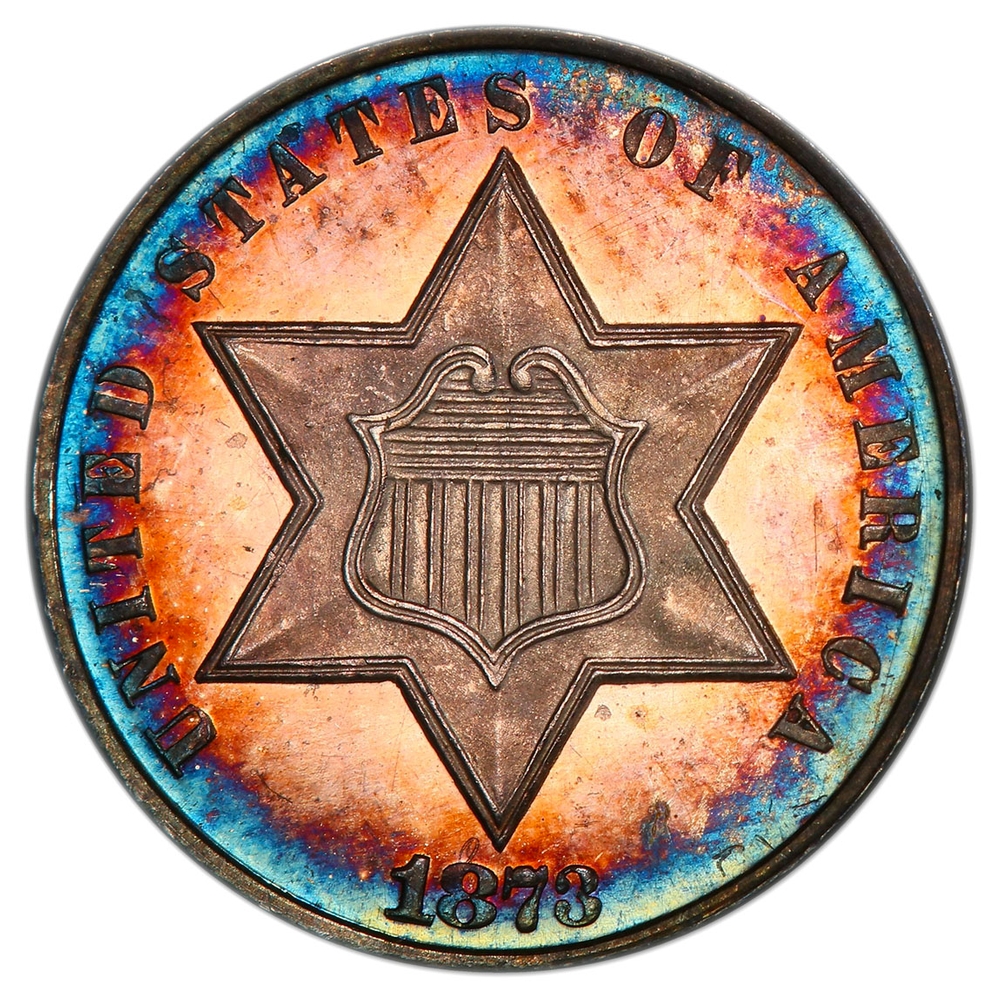 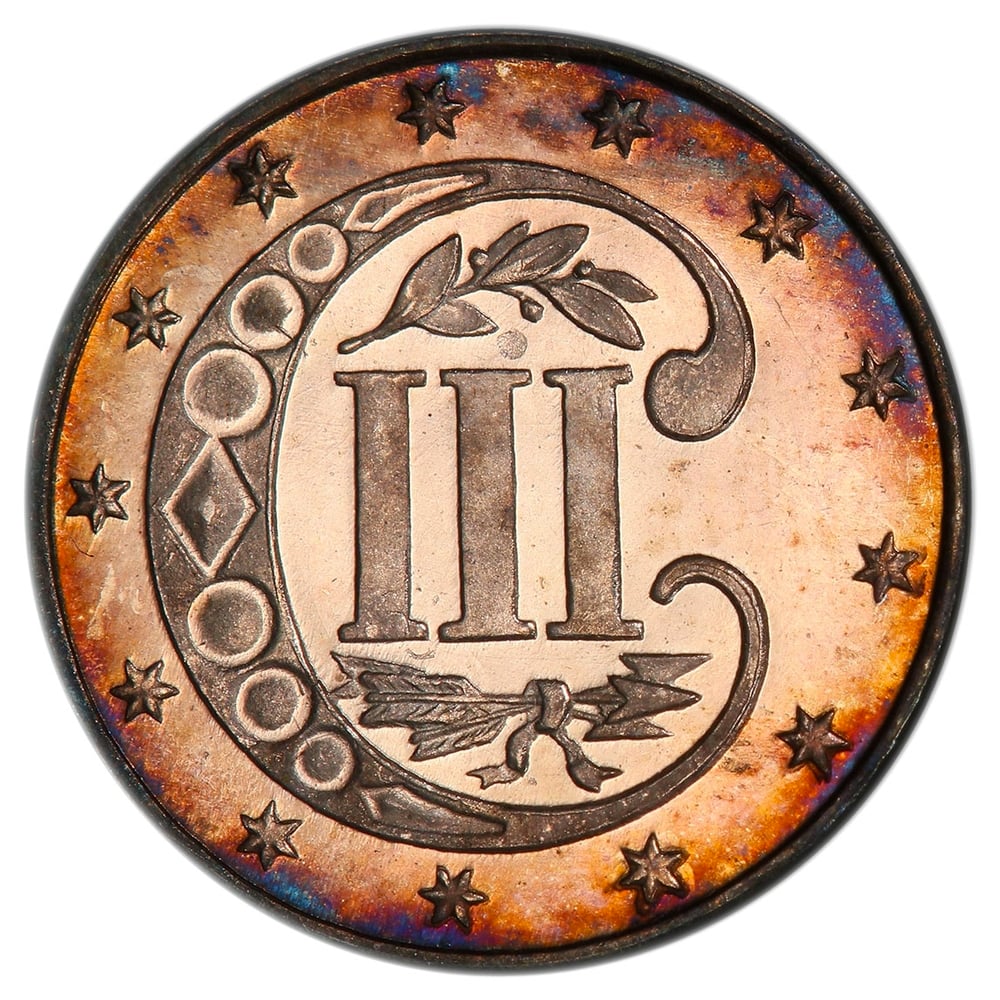 The three cent coin, also known as the trime, was produced from 1851-1853 and was initially made of 75% silver and 25% copper. It was widely believed at the time that the denomination of currency should be reflected by its precious metal contents. The California gold rush of 1849, created a massive surplus of gold, which in turn lead to an increased value of silver in terms of its value to gold. This lead to people hoarding and melting silver coins since the metal they contained could get more gold than their denomination as a coin could. The lack of silver coinage created an issue in making change for common purchases as the only coins available were cents and half cents. The 75% silver and 25% copper coin contained just enough silver to be considered worth its denomination and simultaneously not enough silver to be worth hoarding and melting. Additionally these coins were physically the lightest coins ever minted by the United States and are smaller than a modern dime.

The coins were immediately popular and suited the needs of merchants at the time. The size of the coin soon became an issue, dubbed “fish scales” the coins were easily lost and often discolored due to the composition. In 1853 Congress passed legislation that increased the silver content of these coins to 90% yet reduced the weight of the coin by one twentieth of a gram to prevent profitability from melting the coins.

The US Mint’s Chief engraver James B Longacre designed the coin, but had difficulty in doing so due to its small size. The first iteration of this coin features a shield centered on a six pointed star encircled by the text UNITED STATES OF AMERICA on the obverse. The reverse has the denomination as the Roman Numeral three (III) inside of a large C, encircled by thirteen stars.

The second iteration of this coin saw a redesign to accompany the weight reduction and silver content changes. The star had two lines added to its outer rim on the obverse and had an olive sprig added above the III on the reverse and a bundle of arrows below the III.

A third and final iteration of the coin occurred in 1859 due to striking issues and saw the lines bordering the obverse’s star reduced to just one. Additionally the font was made taller and slightly narrower.

Important dates and mintages are the 1851-O, a Type I design silver three cent coin struck at the New Orleans Mint. The 1873 issue was in proof state only and low mintages which causes it to command a higher value than earlier silver three cents. Early three cent coins saw extensive circulation due to demand, so high grade specimens are rare. Wear is most common at the points of the star and at parts of the Roman Numeral III.