The nickel three cent coin value ranges from $1 to $100,000 depending on the quality of the coin, which year it was minted in, which mint it was manufactured at, and its strike type. 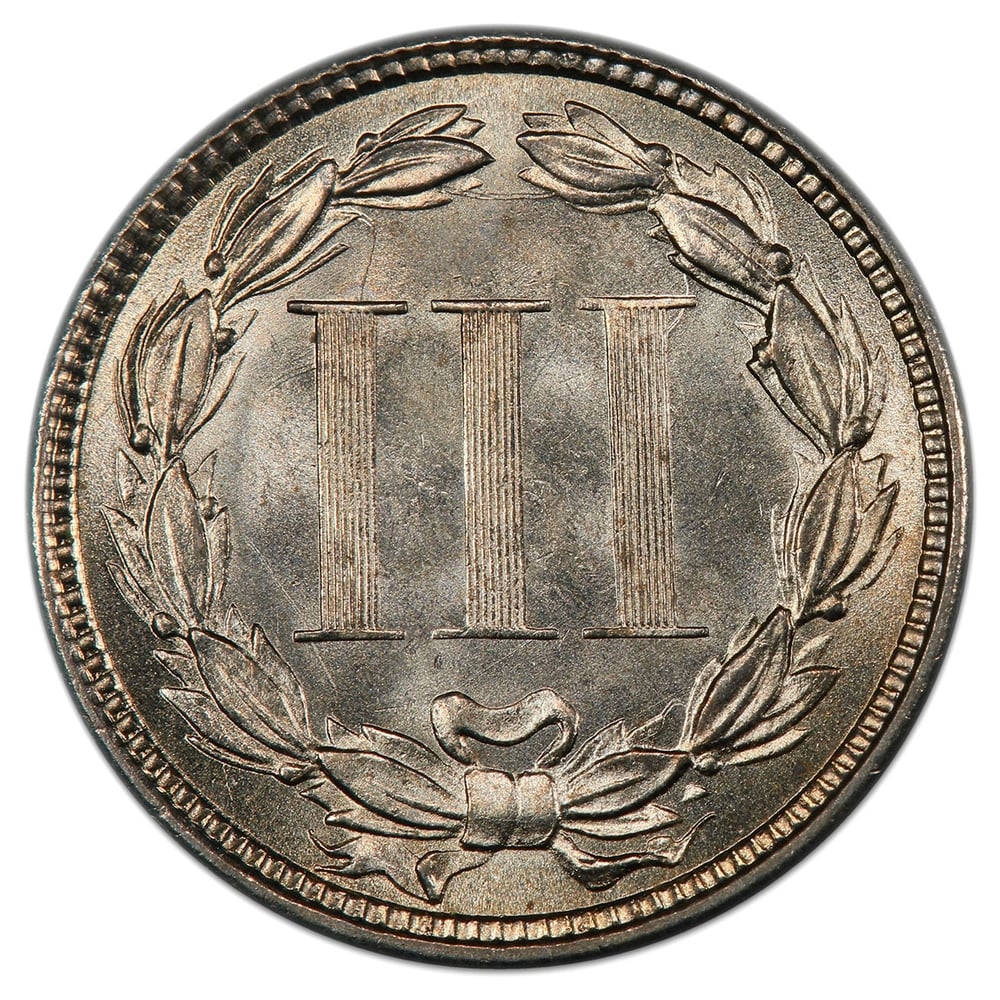 The American Civil War saw a scarcity of US coinage due to fear and uncertainty. The scarcity was so extreme that even the Flying Eagle Penny disappeared from circulation. In place of legal tender private companies began minting their own Civil War tokens, and Congress approved of fractional or postage currency, which was just small pieces of paper in denominations of 3,5,10,15,25, and 50 cents. Fractional currency saw many issues, namely in its durability and counterfeiting. The issues of fractional currency and the lack of circulating coins pressed the United States to create the three cent coin among several other coins.

The three cent nickel was quickly popular, postage stamps at the time cost 3 cents, so this coin had immediate use, especially with the lack of Flying Eagle Pennies in circulation. The three cent coin was made out of nickel, which was unpopular for coinage as the metal had a tendency to break and damage dies. The unpopularity of paper fractional notes as well as strong pushes from the nickel lobby saw this coin created despite the issues of production. The coin was produced between 1865 and 1889 at the Philadelphia Mint. The Mint ceased production of the coin in 1889 largely due to postage rates increasing

The coin was designed by James B Longacre and the obverse features Lady Liberty looking left, wearing a coronet with LIBERTY printed on it and wearing a ribbon in her hair. The text UNITED STATES OF AMERICA encircles the coin. The date is found below Lady Liberty. Longacre reused the same profile from his Indian Head Cent, Gold Dollar, and three dollar coin. The reverse of the coin shows the denomination in Roman Numerals III and is surrounded by a laurel wreath.

This coin saw no notable variations, however there are several rare low mintage coins in this series. Three cent nickels in 1877 and 1878 were proof only and saw only 510 1877 coins and 2,350 1878 coins made. Due to the simplicity of the design, grading is straightforward for the three cent nickel. Wear appears first on the wreath and Roman Numerals on the reverse and wear shows on Lady Liberty’s hair on the obverse.