The seated liberty quarter value ranges from $1 to $100,000 depending on the quality of the coin, which year it was minted in, which mint it was manufactured at, and its strike type. 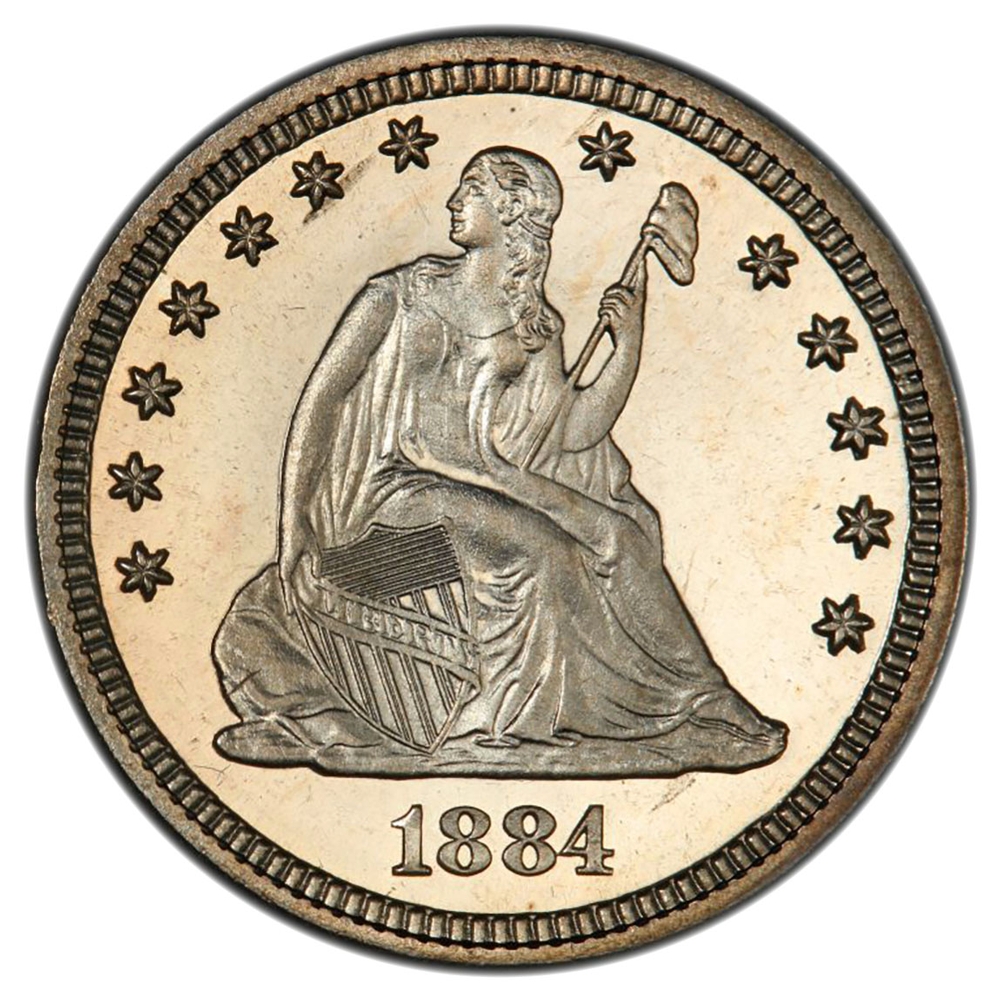 The Seated Liberty Quarter was introduced in in 1838 and would be produced for more than five decades until the conclusion of the series in 1891. During this long run, the series would see several changes in composition as well as slight modifications in design.

When introduced, the obverse of the coin featured an image of Liberty seated on a rock. She held a pole in one hand, while the other hand was placed on a union shield bearing the inscription "LIBERTY". There were thirteen stars surrounding the image with the date positioned below.

The original reverse design featured a bald eagle similar in appearance to the prior series. It had a shield at its chest, with its talons grasping an olive branch and bundle of arrows. The words "UNITED STATES OF AMERICA" appeared above with the denomination expressed as "QUAR. DOL." appearing below.

In 1866, a scroll would be added to the reverse of the coin positioned above the eagle and reading "E PLURIBUS UNUM". The final changes took place to signify an increase in weight. From 1873 to 1874, arrows were placed at the date. From 1875 to the end of the series the previous design resumed.