The saint gaudens double eagle value ranges from $1 to $100,000 depending on the quality of the coin, which year it was minted in, which mint it was manufactured at, and its strike type. 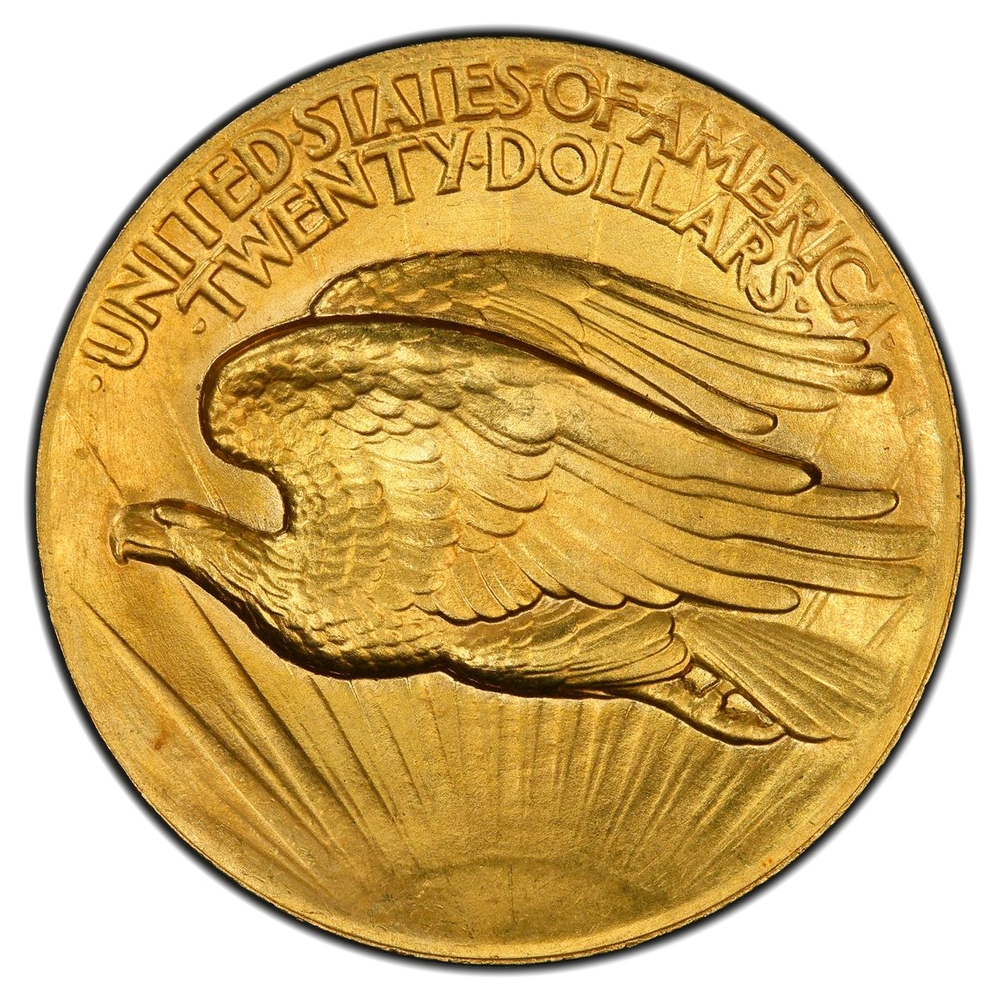 In 1904, President Theodore Roosevelt began a campaign to "beautify" American coinage due to his perception that the current U.S. gold coinage was "artistically of atrocious hideousness." He reached out to Augustus Saint-Gaudens, a sculptor and personal friend of his, to request that he redesign the Double Eagle to reflect the beauty of the coinage of the birthplace of democracy - ancient Greece. Saint-Gaudens agreed, in spite of failing health, and produced several designs for President Roosevelt. The president personally selected his favorite - a high-relief design - and sent it for proofing.

In March and April 1907, 24 proof specimens were created, and it was discovered that the high-relief design required an incredible nine blows to strike the design in full detail. After several revisions of the dies failed to maintain the artistic high-relief of the original design while also allowing the coin to be struck in a single blow from the press, President Roosevelt grew impatient for the coins to be put in production. On November 18th, he ordered that the second version of the dies be used to create the coins, as they could strike the design to an acceptable level in only five blows. Chief Engraver William Barber felt that the high-relief coins could not be continued, and redesigned the coin to lower the relief. Approximately 12,000 of the high-relief coins were minted in 1907 before the new design was implemented. With the new design, production began in earnest.

From 1916-1919, production of the Saint-Gaudens was temporarily discontinued due to the rising price of bullion as a result of World War I. Large quantities were produced again starting in 1920, as the coin became popular in Europe where many people distrusted their own local currencies - this resulted in the Saint-Gaudens becoming used near-exclusively for foreign trade. Mintage of the coin ceased in 1933 when President Franklin D. Roosevelt, in an effort to stimulate the economy during the Great Depression, ordered that all gold coinage be recalled to be melted down as collateral for the Federal Reserve.

In all, over 70 million Saint-Gaudens Double Eagles were minted between 1907-1933. They were struck primarily in Philadelphia, though the Denver and San Francisco mints augmented production some years. They are generally considered highly available, and thus many mintages are worth little more than their bullion value. Certain mintages, however, are extremely rare due to government meltages in the early 1930s. For instance, though nearly 1.8 million pieces were minted in 1929, fewer than 2,000 are believed to have survived the government meltages.