The liberty head double eagle value ranges from $1 to $100,000 depending on the quality of the coin, which year it was minted in, which mint it was manufactured at, and its strike type. 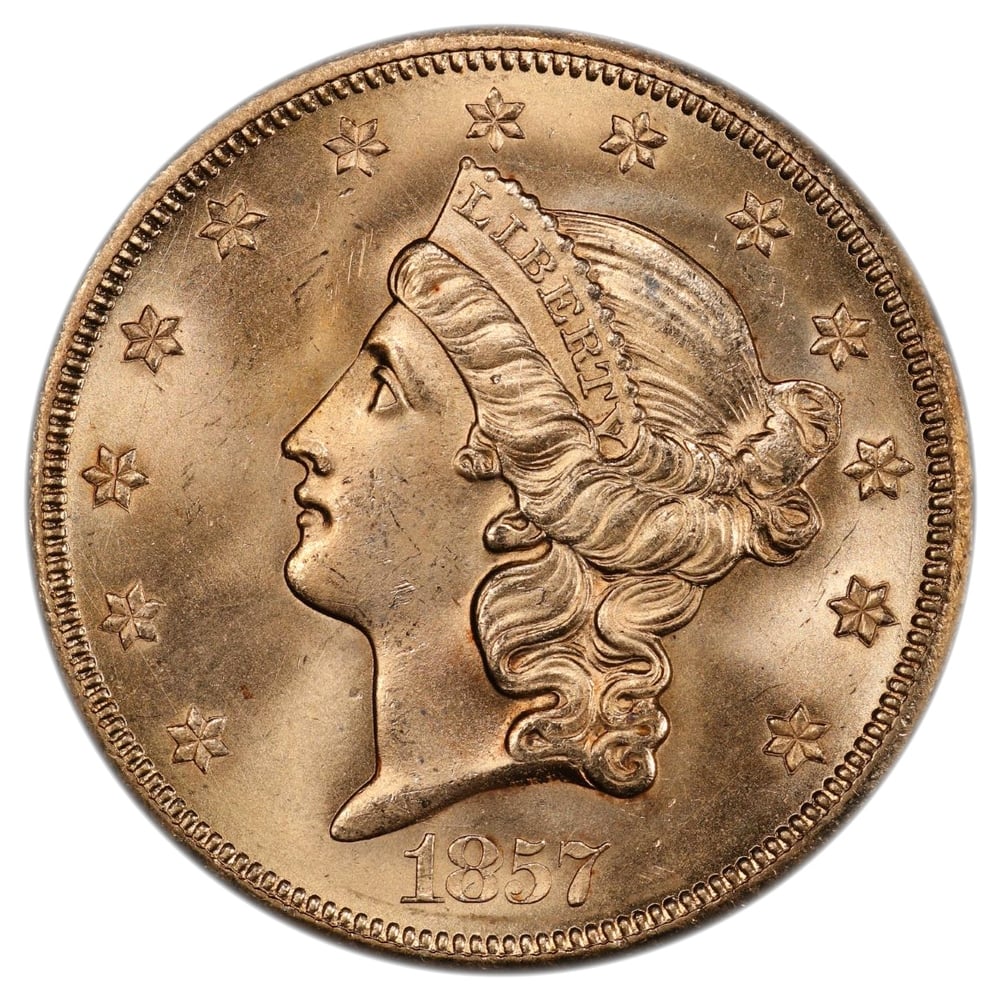 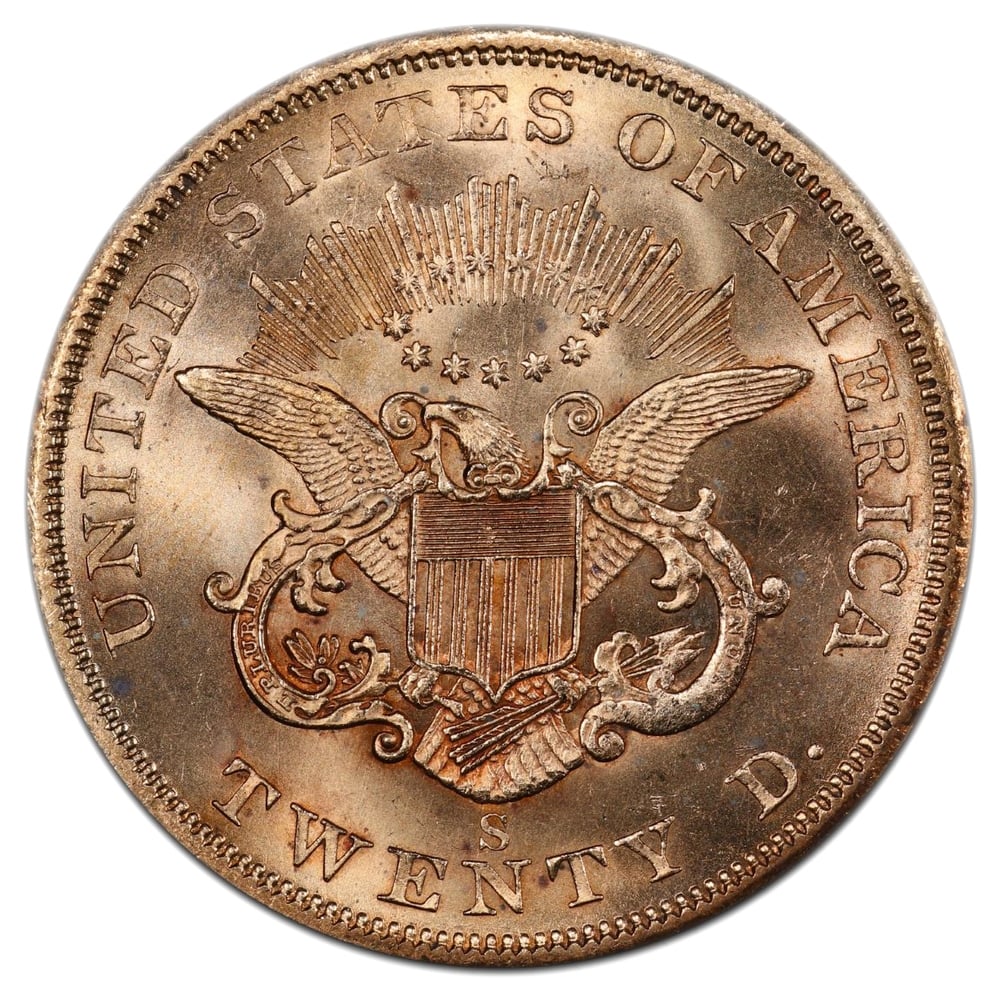 The discovery of gold in California, and the resulting California Gold Rush, led to a sudden influx of gold bullion needing to be minted. At the time, the largest-denomination coin in circulation was the gold Eagle, worth $10, followed by the Half Eagle ($5) and the Quarter Eagle ($2.50). In the early days of the Gold Rush, the bullion was minted into Quarter Eagles. It became swiftly apparent that the massive influx of gold would require minting a larger coin in a larger denomination. Calls had existed as early as 1836 to mint both a $1 and $20 gold coin, and indeed legislation was already underway to create the $1 coin. The need for a larger coin led to the addition of a $20 piece to the bill, which was approved on March 3rd, 1949.

The coin was designed by Chief Engraver James Barton Longacre, who had designed multiple other notable U.S. coins. The first developmental patterns were struck without a date in early January, 1850, and the Double Eagle finally entered circulation on January 26th, 1850. Production continued until 1866 when, in an effort to aid efforts at healing the nation after the American Civil War, the idea arose to create a religious motto for the nation and add it to all U.S. coinage - resulting in the addition of "In God We Trust" to newly minted coins. Notably, 1866-S Double Eagles can be found in both the original design, and with the motto as both were minted that year. Additionally, the coin underwent an additional redesign in 1877 when Chief Engraver William Barber tilted Goddess Liberty's head forward and changed the way the denomination was written. The coin remained in production until replaced by the Saint-Gaudens Double Eagle in 1907, and many remained in circulation until recalled by President Franklin D. Roosevelt in 1933 to be melted down in an attempt to boost the economy during the height of the Great Depression.