The shield two cent coin value ranges from $1 to $100,000 depending on the quality of the coin, which year it was minted in, which mint it was manufactured at, and its strike type. 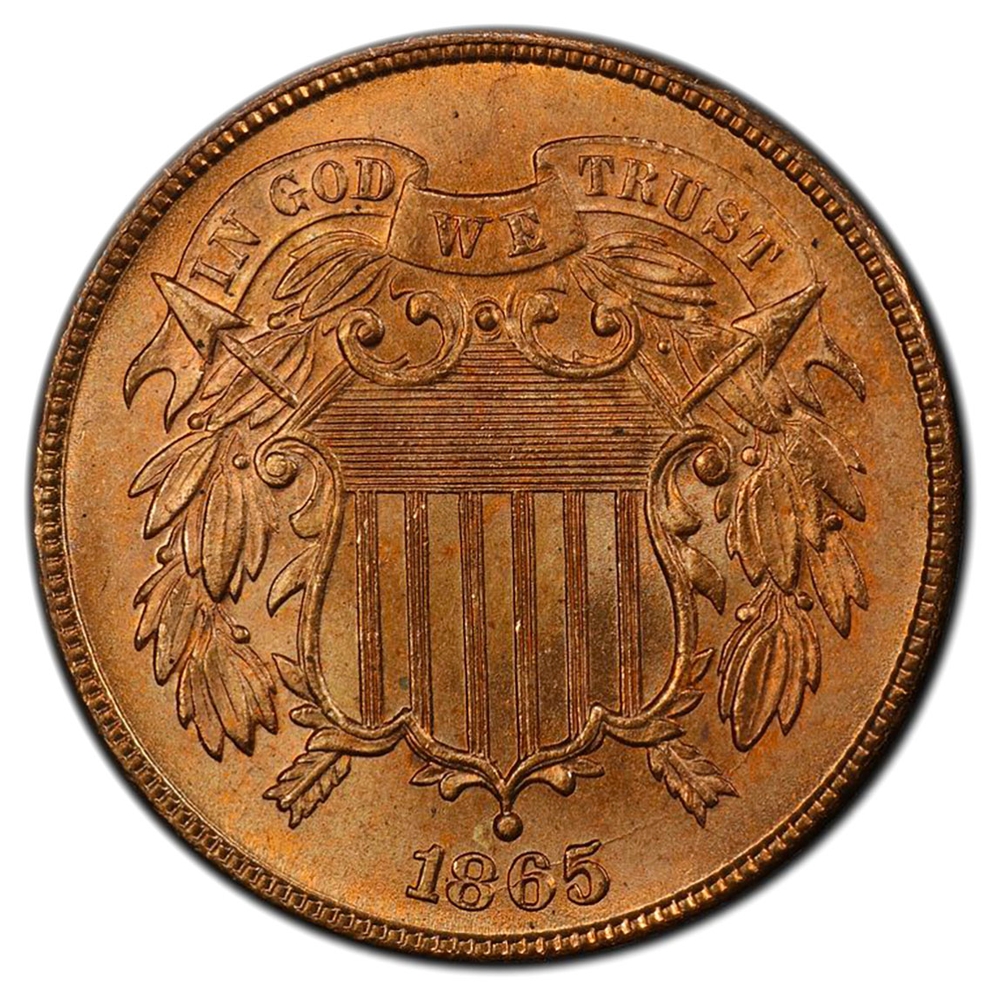 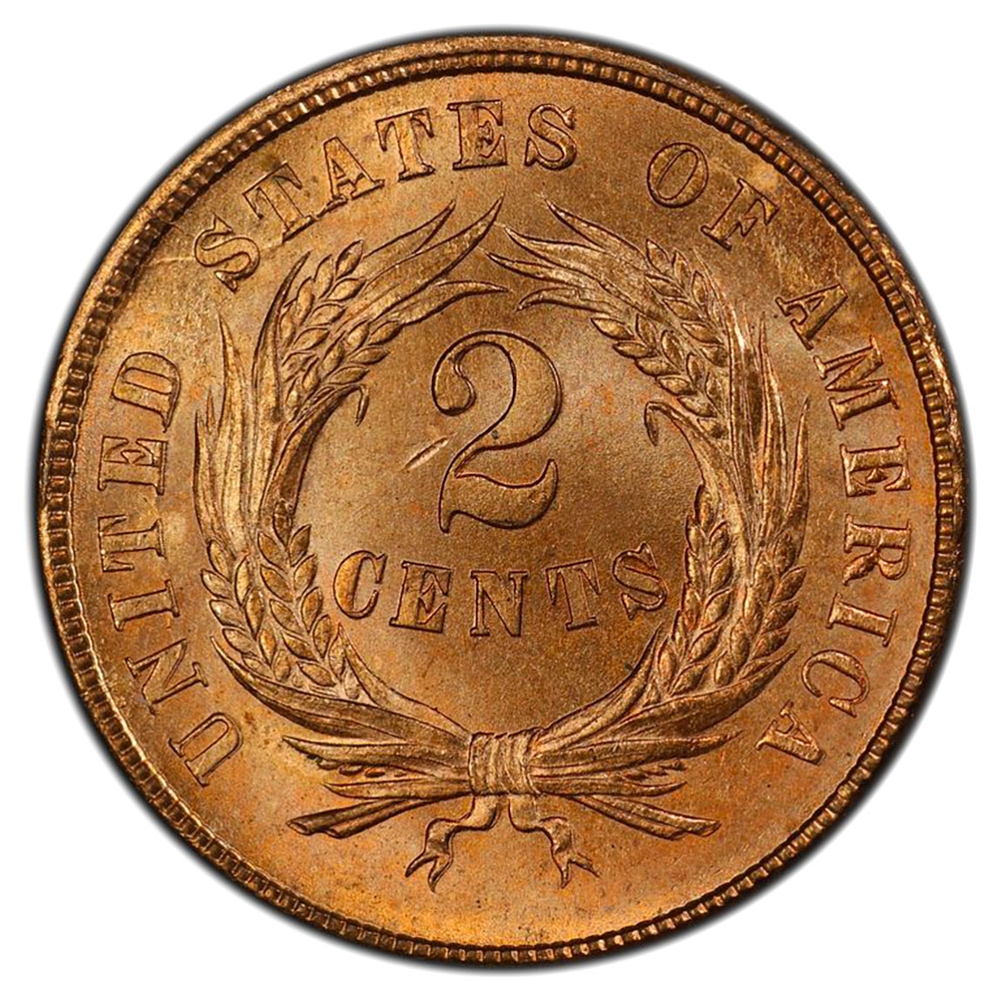 The Shield Two Cent was minted from 1864-1873 with declining mintages each year. The Civil War was in its 21st month and the economic turmoil and uncertainty caused all coins of the time to be hoarded and removed from circulation. This caused a shortage of all US coins, including the copper Indian Cent. In place of US currency, private Civil War tokens were produced with store or individual backed promises of value often in small denominations and made from base metals. The US mint took note of the demand for small denomination coins and moved quickly to produce their own. Additionally the US mint previously believed that citizens would not want coinage whose denomination did not match its precious metal contents however the adoption of the Civil War tokens called this assumption into question. This revelation and an extreme scarcity of nickel at the time caused the Mint to use a 95% copper material known as French Bronze.

The Coinage Act of 1864, signed by President Abraham Lincoln authorized the production of the Shield Two Cent coin and for the first time ever, authorized production for US coinage in base metals. Additionally the coinage act made using privately minted coins illegal.

While the two cent piece was not very successful as a coin, having only been produced for 10 years, it still left a distinct mark on United States coinage. The shield two cent coin was the first US coin to feature the motto In God We Trust, now ubiquitous on US legal tender. The coin was first heartily embraced by Americans for its first few years of production, however after the war ended and hoarded coins began recirculating, usage and mintage of the coin fell dramatically.

The coin was designed by James B. Longacre and the obverse features a shield with 13 vertical stripes, surrounded by laurel branches, with two crossed arrows behind the shield. The date is curved at the bottom of the coin, and the motto IN GOD WE TRUST is located at the top of the coin. This coin was created at a pivotal moment in United States history, and the coin is rich in symbolism to reflect national sentiment during the Civil War. The 13 stripes represent the 13 original colonies, the use of a shield is thought to signify unity, strength, and protection. The use of vertical and horizontal lines on the shield denote 3 color variations like the US flag. The crossed arrows represent defensive readiness and non aggression, and the laurel branches symbolise victory.  The reverse of the coin contains more traditional coin symbols, the denomination 2 CENTS is in the center of the coin, surrounded by a wheat wreath, with the words United States of America wrapped around the edge of the coin.