The roosevelt dime value ranges from $1 to $100,000 depending on the quality of the coin, which year it was minted in, which mint it was manufactured at, and its strike type. 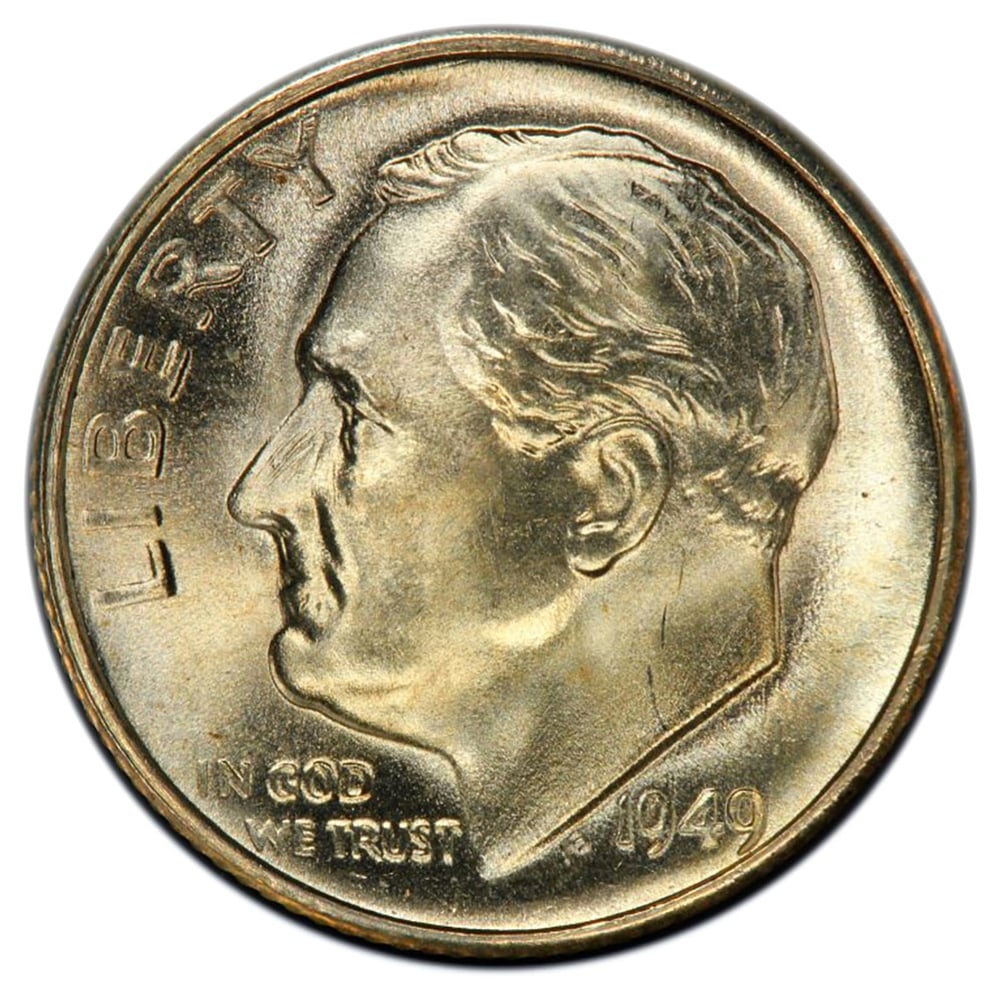 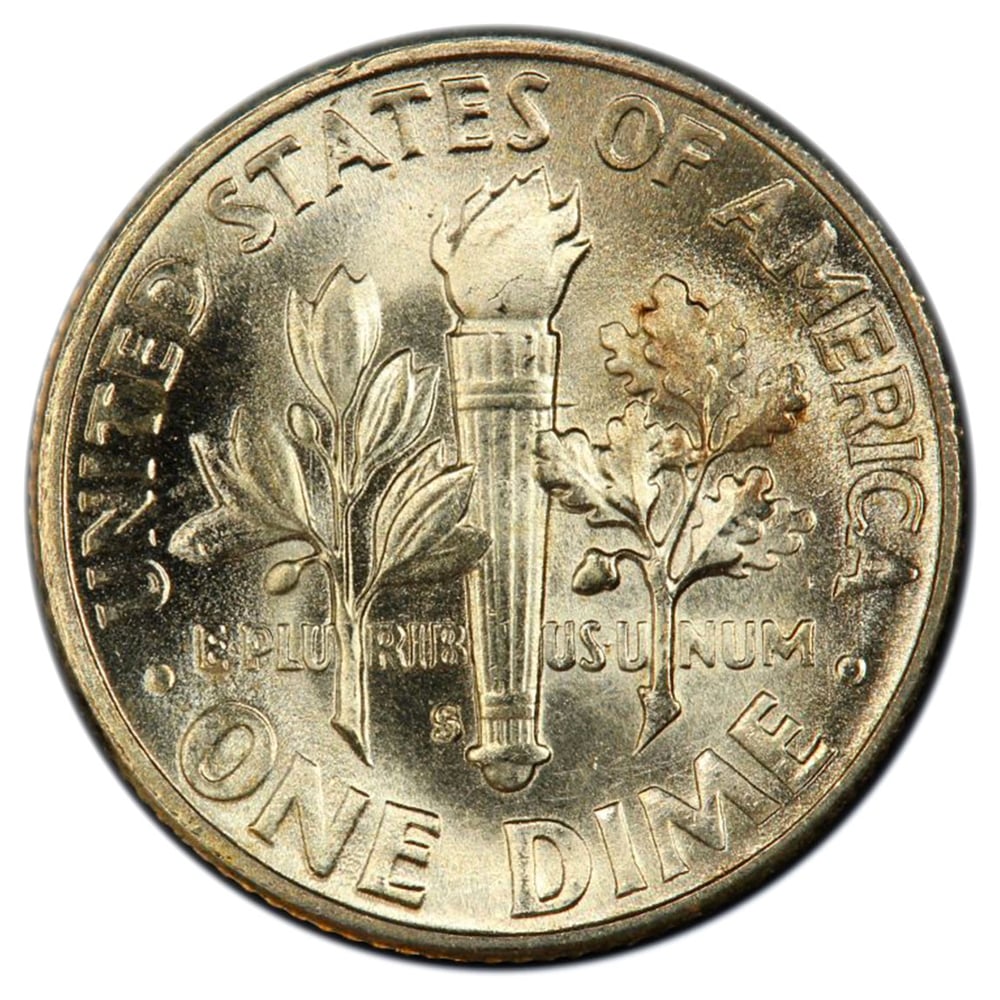 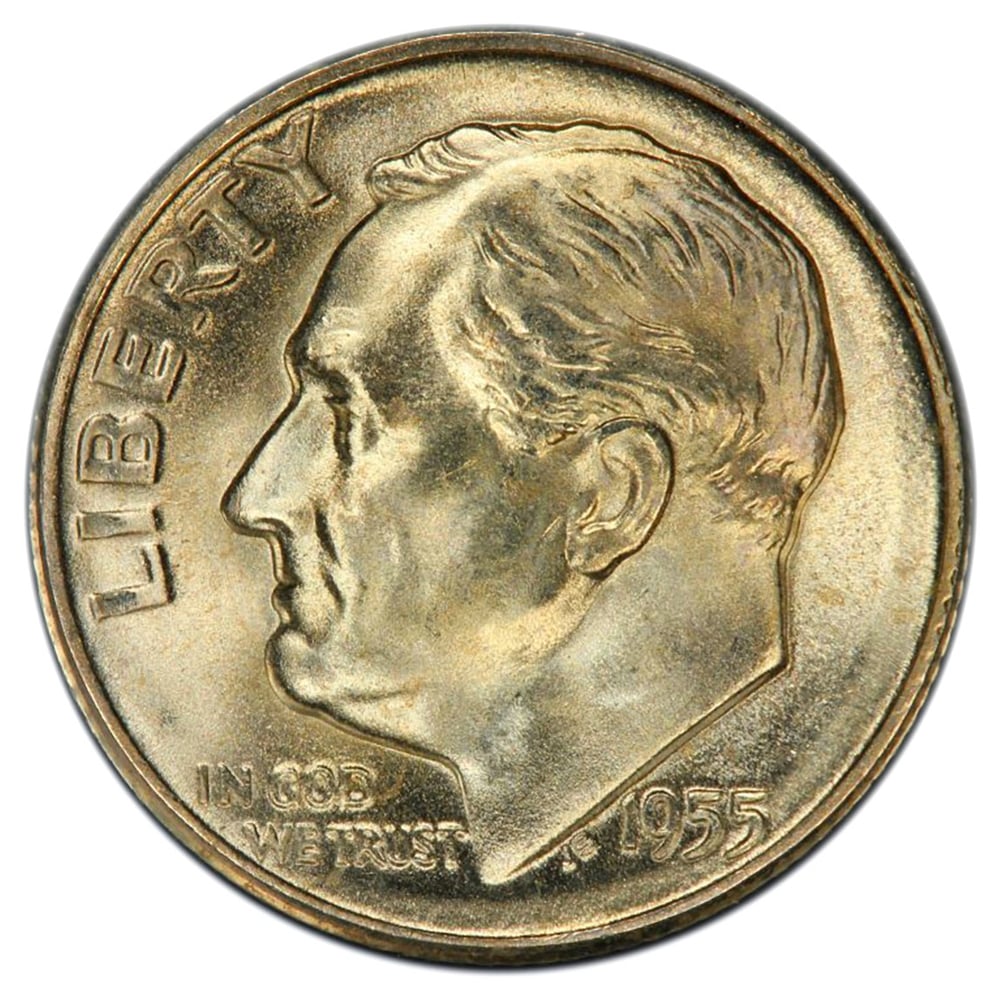 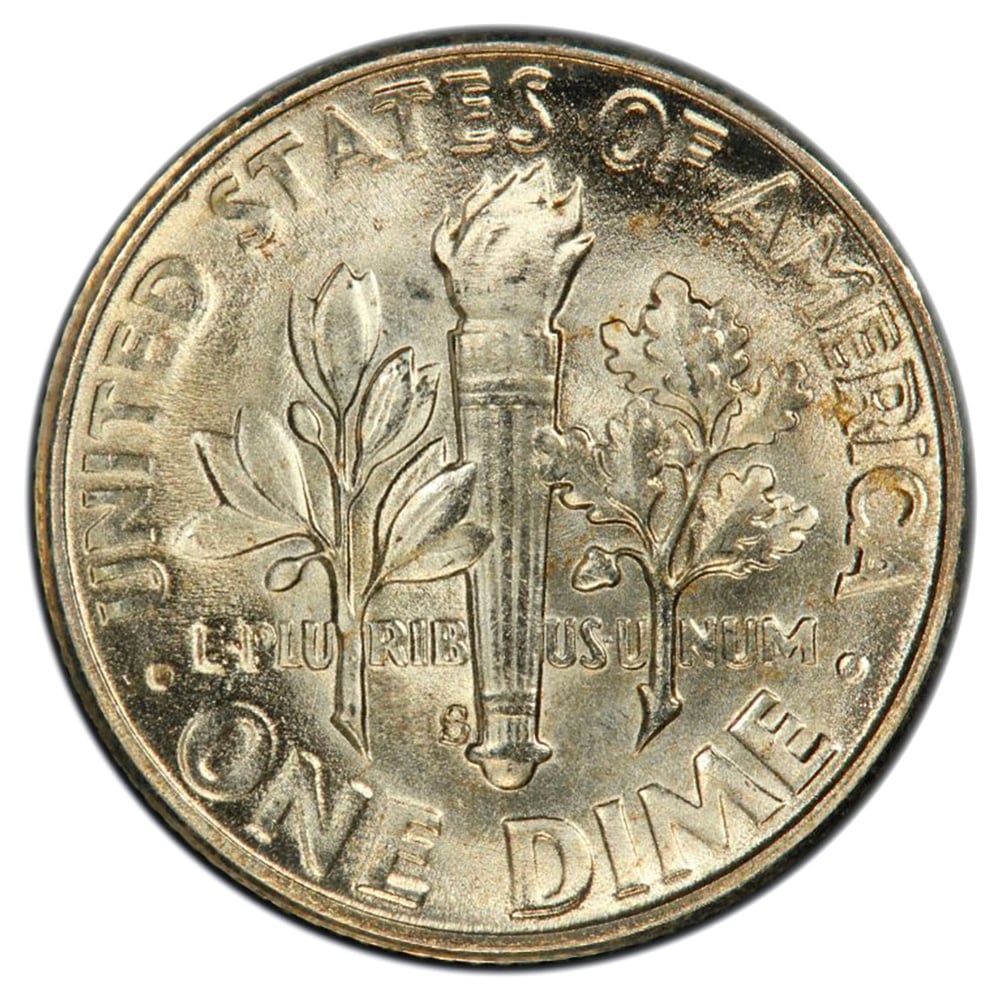 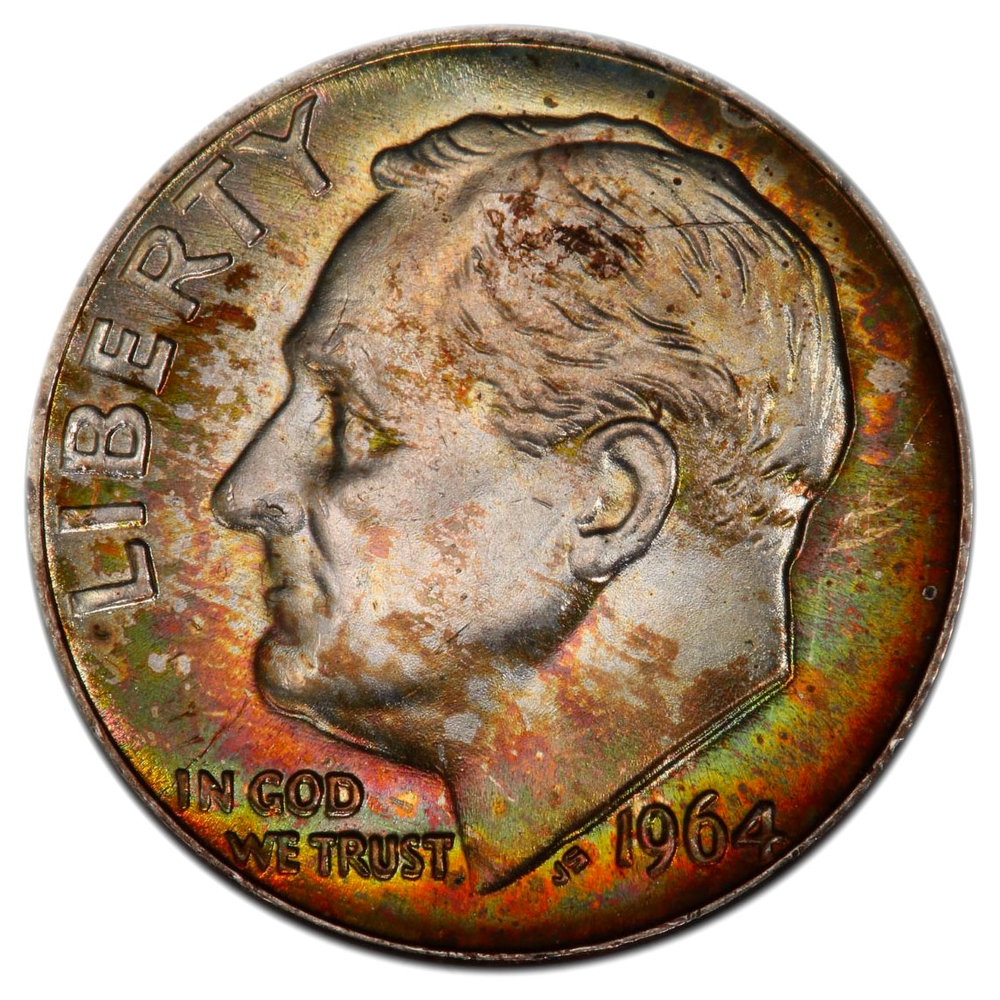 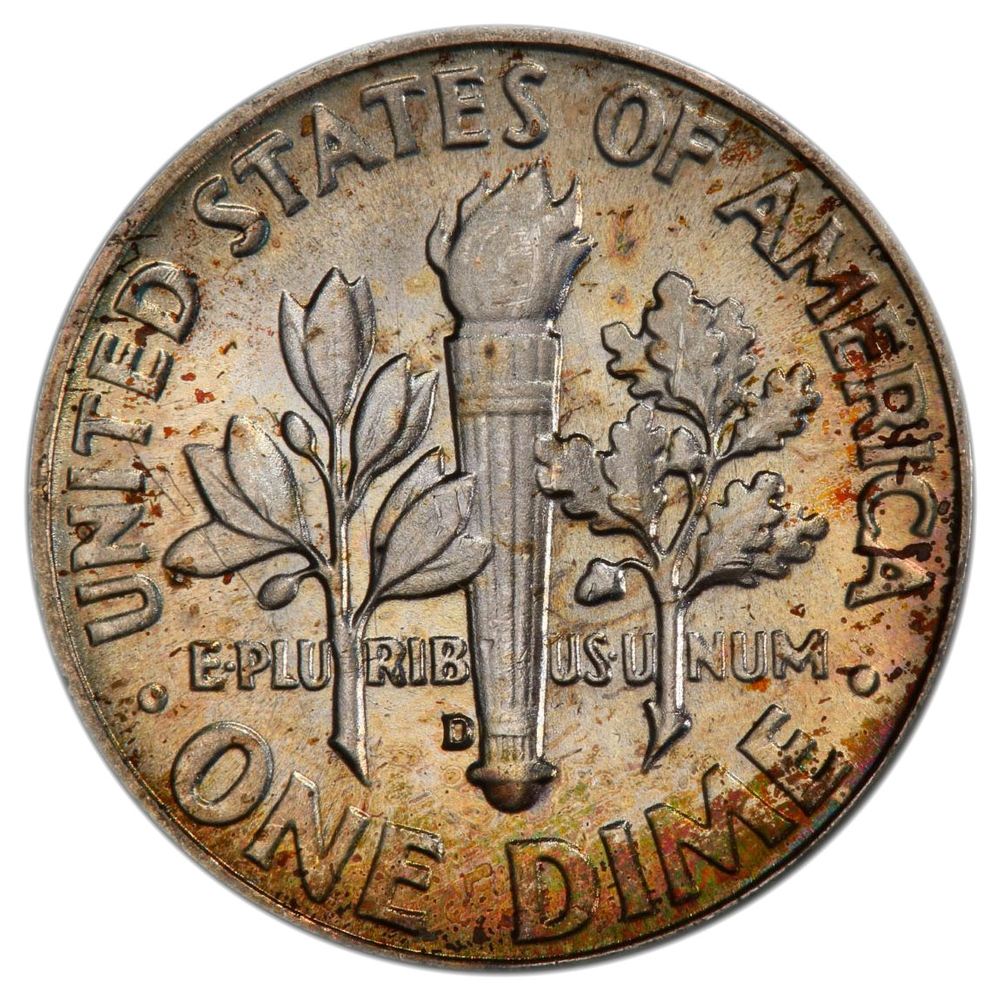 The Roosevelt Dime has been struck from 1946 to present. The new series was introduced to honor the 32nd President of the United States of America shortly after his death. Despite its long duration, a complete collection of Roosevelt Dimes can be assembled with some time and patience. Advanced collectors may seek out high grade specimens or those displaying full bands for more of a challenge.

The obverse design of the coin features a left facing portrait of Franklin D. Roosevelt. The inscriptions included are "Liberty", "In God We Trust", and the date. On the reverse is a lit torch, with an olive branch and an oak branch to each side. The inscriptions read "United States of America", "E Pluribus Unum", and "One Dime".

Created by John R. Sinnock, this design has been used without modification since its introduction in 1946. This makes it the longest running design for a coin currently in circulation.

From 1946-1964 the Roosevelt Dime was struck in a composition of 90% silver and 10% copper, making these issues valuable for their silver content. From 1965 to present, the composition was altered to 91.67% copper and 8.33% nickel. These issues can be desirable when encountered in high grades with full bands.

Some lower mintage issues of the series include the 1949-S and 1955 coins issued during the silver portion of the series. To celebrate the 50th anniversary of the series the 1996-W was issued exclusively in mint sets, resulting in a limited mintage. Several proof coins are rare when found in top grade with cameo or deep cameo contrast.