The mercury dime value ranges from $1 to $100,000 depending on the quality of the coin, which year it was minted in, which mint it was manufactured at, and its strike type. 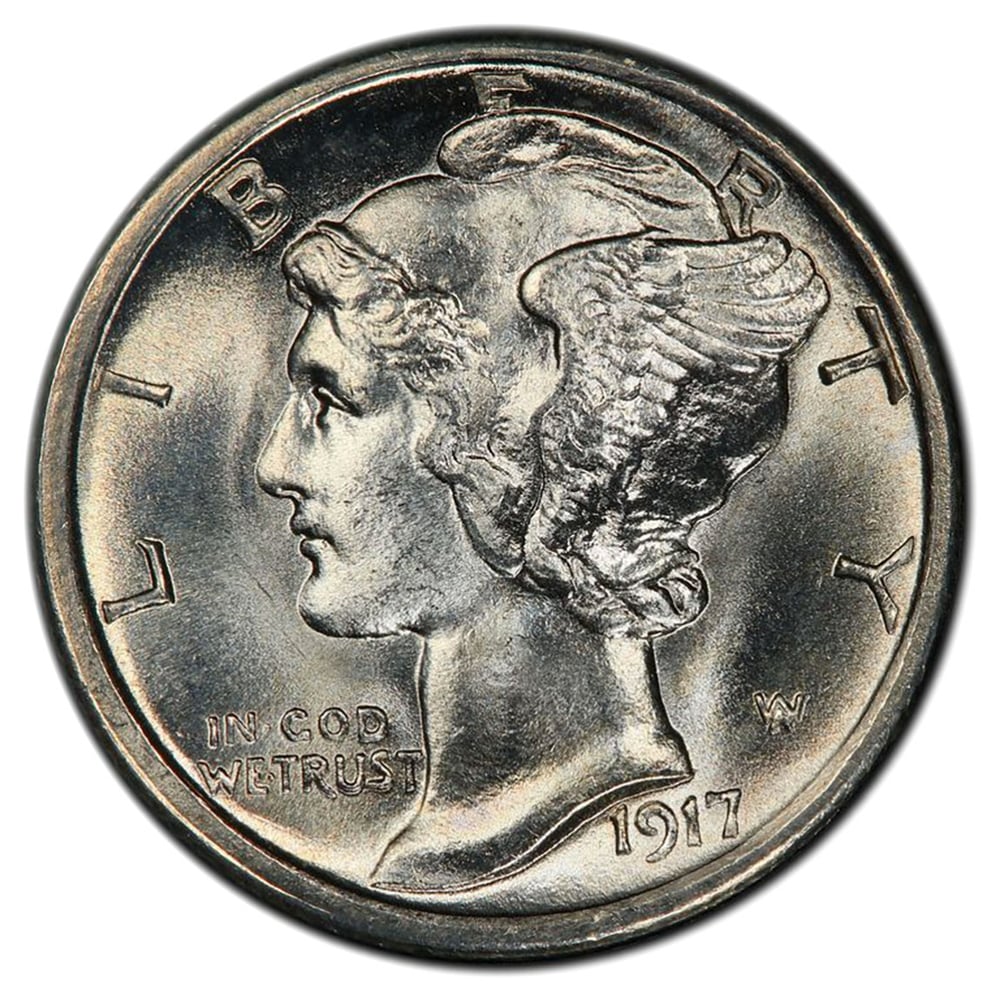 In 1916, sculptor Adolph A. Weinman produced a new design for the dime called the Liberty Head type. The motif features Miss Liberty facing left, wearing a Phrygian cap with wings, symbolizing "liberty of thought". The word "LIBERTY" encircles her head, with "IN GOD WE TRUST" and the date below her head.

The reverse depicts Roman fasces, a bundle of rods with the center rod being an ax, against a branch in the background. It is a symbol of state authority, which offers a choice: "by the rod or by the ax". The condemned was either beaten to death with the rods or allowed the mercy of the ax. The words "UNITED STATES OF AMERICA" and "ONE DIME" surround the border. "E PLURIBUS UNUM" appears at the lower right.

Shortly after the dime began circulating, many began calling it the Mercury dime due to the wings on the cap. Mercury is Roman God of commerce, property and wealth as well as the messenger to the gods. Mercury is often depicted wearing a broad brimmed hat bearing wings. The hat, called a Petasus, is similar to that worn by messengers during the time when Mercury was worshipped. Mercury gained his speed from the small winged sandals he wore.

The figure on Adolph A. Weinman's dime was actually based on a bust of Elsie Stevens, the young wife of poet Wallace Stevens. The artist-sculptor asked Elsie to pose for a sculpture bust around 1913. Weinman used his bust of Elsie Stevens as a model for the dime, when he began designing it in 1915. A profile photograph of the bust shows the obvious inspiration for the dime. The whereabouts of Weinman's bust is unknown. It disappeared after Wallace Stevens' death, and after their daughter declined to accept it as a gift from her mother.