The indian penny value ranges from $1 to $100,000 depending on the quality of the coin, which year it was minted in, which mint it was manufactured at, and its strike type. 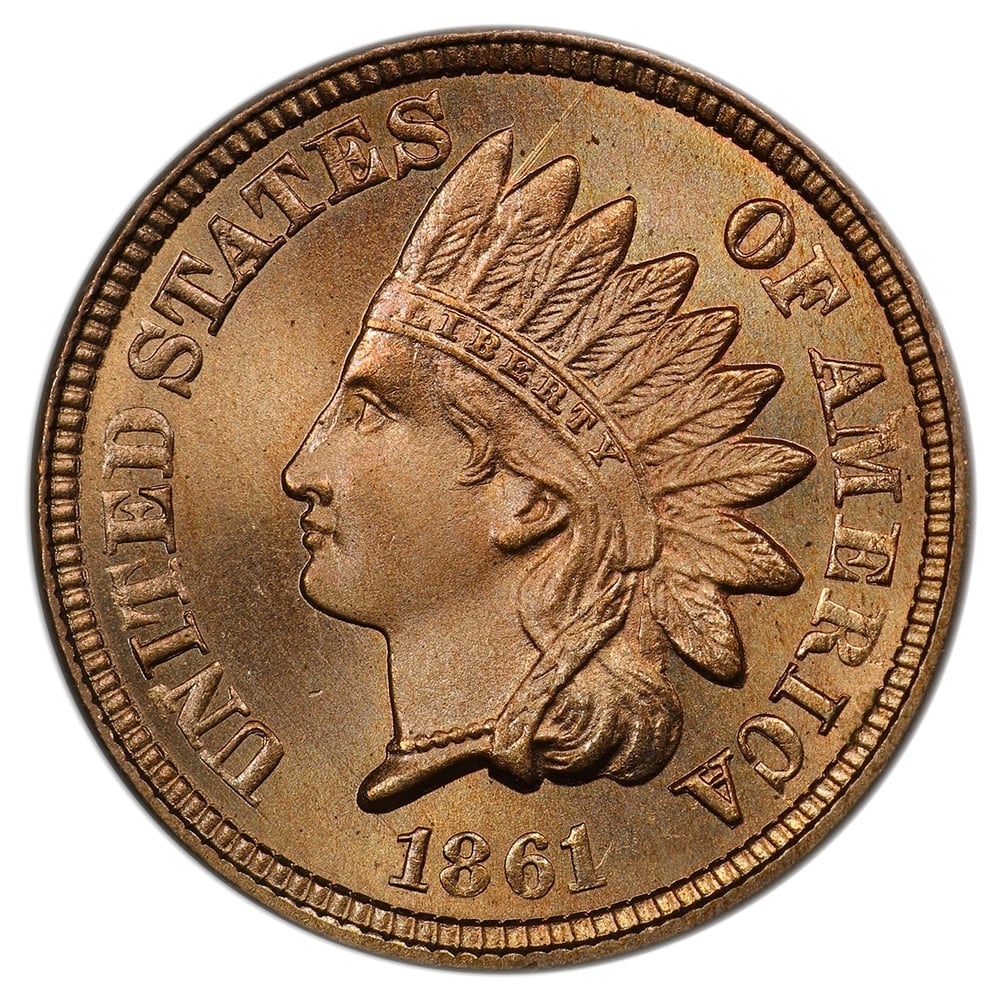 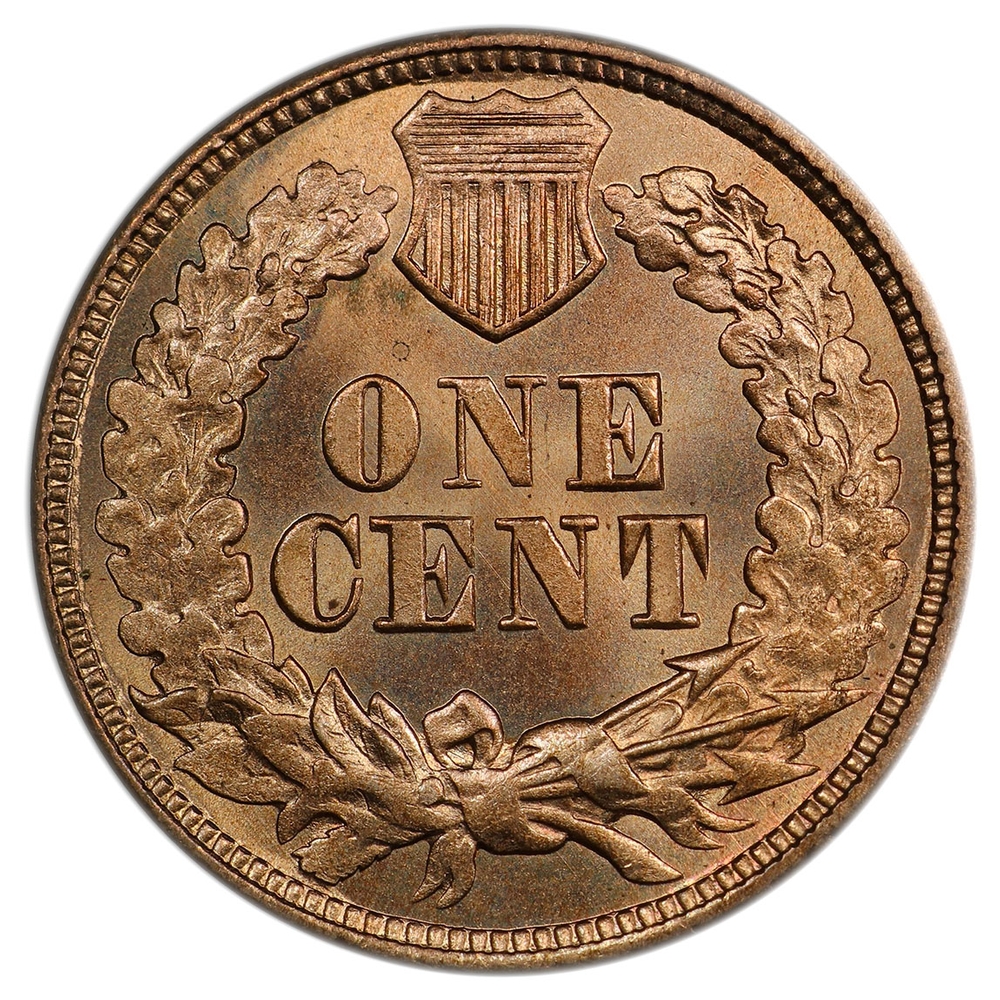 The Indian Head cent is supposed to be a representation of Liberty wearing an Indian headdress and not an actual Indian. The coins were issued from 1859 though 1909.

The first coins, minted from 1859 thru 1860 show a pointed bust. The reverse featured a Laurel wreath. In 1860 the obverse showed a more rounded bust and the reverse was changed to an Oak wreath with a shield. The obverse was further redesigned in 1864 giving the coin a slightly shaper portrait. Mr. Longacre, the designer, placed his initial on the lower ribbon behind the neck.

One of the more enduring legends behind the design of the Indian Head cent is that Mr. Longacre's young daughter Sarah was used as the model. Supposedly she was in his office when a delegation of visiting Indian chiefs happened to be there. Someone put a war bonnet on the girl's head and from that came the design.

In reality,  Longacre himself stated that the head was simply copied from a Greek statue in a local museum . There seems to be little doubt about this story as the head is virtually the same as the one he used on the gold dollar and double eagle in 1849.

Prior to the introduction of the nickel, these cents were referred to as "Nicks" or "Nickels".